The content collaboration agreement will initially run for a five-year period through 2024. Financial terms of the deal, described as 'exclusive', were not disclosed.

The deal means WarnerMedia has beaten competition from Apple, NBCUniversal and other media companies to secure streaming content from Abrams.

Abrams has written or produced such films as 'Forever Young', 'Armageddon' and 'Star Trek'. He is also known for directing movies like 'Mission: Impossible III' and 'Star Wars: The Force Awakens' as well as the television series 'Lost'. Abrams' wife Katie McGrath is the co-CEO of Bad Robot.

Under the partnership, Bad Robot will produce original series and films for Warner Media and its various divisions. The partnership also marks the first time that all of Bad Robot's divisions, including digital and video games, will operate under the same roof.

This new agreement builds on the thirteen-year relationship between Abrams and Warner Bros. that began in 2006 when Bad Robot entered into an exclusive overall deal for television with Warner Bros. Television Group or WBTVG.

Bad Robot and WBTVG subsequently renewed the television component in 2012 and 2015.

Bad Robot will continue to develop and produce new television projects for all platforms and the broadcast networks. These include WarnerMedia-affiliated networks and platforms such as HBO and HBO Max as well as external outlets.

Bad Robot will still honor its existing obligations to Paramount Pictures. J.J. Abrams is directing and producing the release of 'The Rise of Skywalker', the final installment of the 'Star Wars Skywalker' saga.

The three companies will continue to work together to create large and indie-scale original games for mobile, PC and console. 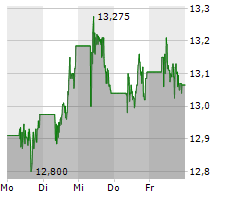