Net sales were about 841 million euros, a currency-adjusted increase of 9.0 percent or 6.7 percent on nominal basis compared to the prior year's period.

The company expects pandemic-related demand to normalize in the second half of the year and does not anticipate comparable demand in the coming year.

The company will publish its full results for the first six months of the fiscal year on July 29, 2021. 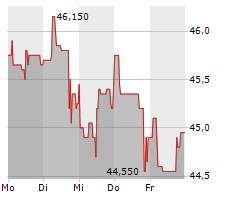