Looking ahead for fiscal 2021, MTU now adjusted EBIT margin is now expected to be around 10.5 percent, which is the upper end of the range forecast to date between 10 percent and 10.5 percent.

The company expects adjusted net income to develop in line with the operating profit. 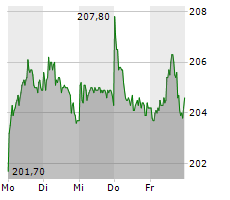