Val-d'Or, Québec--(Newsfile Corp. - October 15, 2021) - Golden Valley Mines and Royalties Inc. (TSXV: GZZ) ("Golden Valley" or the "Corporation"), announces that it has entered into an option agreement (the "Option Agreement") with Eldorado Gold (Québec) Inc. ("Eldorado"), a wholly owned subsidiary of Eldorado Gold Corporation, enabling Eldorado to earn up to an additional 50% interest in the Claw Lake Gold Prospect, the Cook Lake Prospect, the Murdock Creek Prospect, all located in Ontario and the Perestroika Prospect, located in Québec (the "Properties").

Golden Valley and Eldorado are currently parties to a Joint Venture Agreement (the "Existing JV") pertaining originally to an aggregate of nine properties (the "Existing Properties") in which Golden Valley has a 70% undivided beneficial interest, and Eldorado has a 30% undivided beneficial interest. Under the new Option Agreement, the Existing JV will be terminated upon the satisfaction of certain conditions precedent (including the amendment of certain historical royalty agreements pertaining to the Properties), which were satisfied concurrently with the execution of the Option Agreement. Further, Golden Valley has the option to be assigned, from Eldorado for nominal consideration, all of the right, title and interest of Eldorado in and to five of the remaining Existing Properties (Munro Prospect, Recession Larder Prospect, Matachewan Prospect all in Ontario, and the Bogside Prospect in Quebec; Denovo Prospect in Ontario was previously dealt with in a transaction with Highgold Mining Inc.), other than the Properties.

Eldorado may earn an additional 40% in the Properties (the "40% Option") by funding expenditures on the Properties for a minimum of $10,500,000 over a period of 5 years from the termination of the Existing JV and making annual payments to $50,000 per annum to the Corporation ("Annual Payment") with the first Annual Payment being made on termination of the Existing JV and each subsequent Annual Payment being made on the anniversary thereof until Eldorado exercises the 40% Option. Upon exercise of the 40% Option by Eldorado, the parties will be deemed to have formed a joint venture in accordance with the terms set out in the Option Agreement and will use commercially reasonable efforts to enter into a formal joint venture agreement within 60 business days of the exercise of the 40% Option.

In order to earn and acquire an additional 10% undivided interest in the Properties (the "Additional Option"), Eldorado will contribute all joint venture expenditures on behalf of the parties, and deliver to Golden Valley, a preliminary economic assessment (PEA) report in respect of the Properties.

Description of the Properties:

The principal geological feature covered by the property is the Claw Lake Stock. The Claw Lake Stock is described by M.W. Carter in OGS Report 240, Geology of the Shining Tree Area 1987, as an irregular lens-shaped body, elongated in the direction of the regional trend of the volcanic rocks into which it intrudes. It is 3.6 kilometres long by 1.2 kilometres wide at its widest (central) part and consists of massive and porphyritic facies. The predominant massive facies comprises quartz diorite and trondhjemite. The quartz diorite is a medium-grained, greenish grey rock consisting of quartz, altered plagioclase and interstitial micro pegmatite with accessory pyrite and ilmenite. The trondhjemite forms minor facies of the stock and is pink and medium-grained. It consists of quartz, plagioclase, potassic feldspar, and quartz-orthoclase micro pegmatite, with muscovite, biotite, and accessory calcite, apatite, and pyrite. The porphyritic facies form a phase of the stock and also occurs as dykes. This facies consists of either a dark green quartz diorite or a pale buff trondhjemite.

There are numerous historic mineral showings within the Claw Lake Stock:

There are also numerous historical showings within the volcanic rock surrounding the intrusion.

The Cook Lake Prospect is located within Grenfell and Teck Townships. The property itself consists of 52 claims totalling 1,000 hectares on NTS Map Sheet 42A/1. The centre of the Cook Lake Prospect is located approximately 10 kilometres west of the centre of the town of Kirkland Lake Ontario. The property is readily accessible by road from Kirkland Lake.

Historical gold production from the Kirkland Lake Mining District is the second highest in Canada following the Timmins area of Ontario. Historic Gold Production (oz) between the period of 1891-2020 47,214,690 ounces of gold from 189,936,097 tons milled at an average grade of 0.249g/t gold (MENDM statistics).

Mapping of the Cook Lake Prospect allowed for the recognition of several volcanic units intruded by a large gabbroic mass. This sequence is in turn crosscut by dykes of syenite porphyry and of diabase.

The rocks of the property are generally unaltered except for a large halo of alteration of probable hydrothermal origin located south of Davis Lake. This alteration is intimately associated with a breccia (possibly phreatic) volcanic facies and is locally associated with stringers of pyrite and pyrrhotite.

The Murdoch Creek Fault Creek Prospect is located within Lebel, Morrisette and Arnold Townships. The property itself consists of 68 contiguous claims that form an irregular block totalling 1,245 hectares on NTS Map Sheet 32D/04. Access to the western part of the property is via gravel and bush roads that extend north from the village of King Kirkland. The eastern and central portions of the property can be accessed by boat from McTavish and Victoria Lakes at the north end of the Bidgood Mine Road located approximately 1 kilometre east of the village of King Kirkland.

Several alteration zones and mineralized showings are present on the property. More than twenty rock blast sites as well as three small exploration shafts are present at many of these zones and showings. Two surface samples from the Murdoch Creek Fault in the area of the Ronal Red Lake Gold Mines Limited exploration shaft have reported metal values of more than one ounce of gold per ton (Rupert and Lovell, 1970).

Historical gold production from the Kirkland Lake Mining District is the second highest in Canada following the Timmins area of Ontario. Historic Gold Production (oz) between the period of 1891-2020 47,214,690 ounces of gold from 189,936,097 tons milled at an average grade of 0.249g/t gold (MENDM statistics).

The Perestroika Prospect is located within Courville Township, Quebec, approximately 10 kilometres southwest of the town of Barraute. The property itself consists of 8 contiguous CDCs covering a total area of 325.43 hectares on NTS map sheet 32C/05 and 32C/06.

Previous reported exploration work on the property dating back to 1937-38 established the presence of gold mineralization associated with a corridor of intense deformation and alteration within the WNW-trending Uniacke Deformation Corridor (inferred as the eastern extension of the prolific Destor-Porcupine Deformation Zone). Two mineralized outcrops were located, prospected, stripped, sampled and drill tested over the period from 1937 to 1997 prior to Golden Valley Mines acquisition of the property. The showings are referred to as the Central Stripped Area - "Uniacke Shear" and the West Stripped Area - "Glasnost Zone."

The most recent drilling activity on the property was completed in 2009 by Golden Valley Mines and Royalties. The objective of the two (2) hole, 495-metre diamond drilling program was to test for the depth extension of the mineralization within the "Uniacke Shear" (GPS-09-01) as well as to test for the southeast strike extension of the "Glasnost Showing" (GPS-09-02) under an overburden covered area of the property on section 800W (see attached figure for details). Also, special consideration was given to detailed logging and sampling to establish a better control of the system of mineralization related to lithological units (i.e., felsic porphyritic rocks), shearing, alteration (i.e. hematite) assemblages, sulphide types and percentages (i.e. pyrite), and quartz veining (i.e. orientation, morphology, timing). Often the complex, erratic, and localized nature of gold is a common feature of many vein-style gold deposits. This style of mineralization is often referred to as being nuggety or possessing a high-nugget effect. Accordingly, diamond drilling in this program utilized large diameter coring technologies.

The drilling conducted on section 800W has confirmed and expanded the historical gold mineralization. Both GPS-09-01 and GPS-09-02 intersected the projected "Uniacke Shear" zone mineralization, up and downdip to include an intersection of 2.40 metres averaging 3.48g/t Au (GPS-09-02). The downdip strike extent of this shear-zone related mineralization and the historical mineralized zones intersected in 96PER-03 appears to may have been truncated and possible offset by a felsic to intermediate intrusion (granodiorite to diorite) at depth on this section 800W drilled. A possible parallel mineralized zone in GPS-09-02 was intersected within porphyritic quartz-diorite unit from 75.4 to 82.5 metres that was not tested by 96PER-03. A visible gold occurrence at 78.75 to 79.15 metres is hosted by late quartz-ankerite veins with up to 7% pyrite and traces of chalcopyrite. This 0.40 metre interval graded 9.94 g/t Au within a wider intersection of 1.30 metres averaging 4.09 g/t Au from 77.85 to 79.15 metres (GM 64981).

The "Glasnost Showing" intersected in both the drillholes GPS-09-01 and GPS-09-02 occurs in highly deformed, sheared and mylonitized, quartz-diorite to granodiorite penetrated by quartz-ankerite veins mineralized with visible gold, 2% to 8% pyrite and 0.1% to 0.5% chalcopyrite in the hostrock. In hole GPS-09-01, an intersection of 1.15 metres grading 59.52 g/t Au, including 0.30 metres grading 217g/t Au was intersected from 261.65 to 262.80 metres. In drillhole GPS-09-02, (part of or another parallel zone to the south of the "Glasnost Showing") is hosted in a sequence of variable sheared quartz diorite intrusions penetrated by several feldspar porphyry dykes (quartz-syenite composition) from 140.4 to 143.90 metres. Quartz-ankerite veins cut the intrusive rocks. They host 3% to 4% pyrite. Visible gold occurrences at 143.3m graded 20.69 g/t Au over 3.05 metres within a wider intersection averaging 3.50 metres grading 18.08 g/t Au (GM 64981).

Gold mineralization appears to occur in a highly deformed environment consisting of sheared and mylonitized quartz diorite and granodiorite intrusives, penetrated by a late intrusive phase of altered (hematized and sericitized) feldspar porphyry dikes (quartz syenite composition). The intrusive rocks are x-cut by a stockwork of quartz-ankerite veining (3% to 8%) hosting 2% to 5% pyrite, traces of chalcopyrite and visible gold occurrences. The feldspar porphyries may have created a favourable hydrothermal remobilizing environment as well as the movement of fluids up along deformed sections.

Drilling successfully intersected multiple zones of significant high-grade gold mineralization on the property that is now inferred to occur within a distinctive mineralized trend striking NW-SW for approximately 700 metres.

Michael P. Rosatelli, P.Geo. (OGQ Special Authorization Permit; PGO #0855), the Vice President of Exploration of Golden Valley is the Qualified Person (as that term is defined in National Instrument 43-101 - Standards of Disclosure for Mineral Projects) who approved the technical disclosures included in this news release.

Golden Valley Mines and Royalties Ltd. is focused on project and royalty generation and continues to evaluate opportunities to enhance its mining exploration property portfolio. Golden Valley is able to grow its current assets by way of partner-funded option/joint ventures and through its shareholdings in related-entities.

To view the source version of this press release, please visit https://www.newsfilecorp.com/release/99571 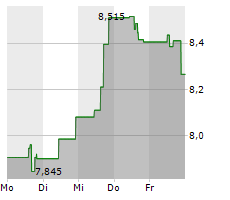