"With the new additions, we have winners across all majors on our team," Flavio Calligaris, On's Head of Athlete Strategy Partnership explained. "It is our focus to attract and develop the triathlon talent of tomorrow. That is why it was important for us to work with these successful athletes in their prime to provide role models for younger triathletes. Kristian, Chelsea, and Paula, alongside Gustav, will act as lighthouses for the next generation they are pioneers who inspire all with their big wins and performances."

Chelsea Sodaro: "Everything about these partnerships makes sense."

"On's investment in professional triathlon means a lot," Kona World Champion Chelsea Sodaro said upon the start of the partnership. "Our sport showcases some of the best athletes in the world, and now we'll be in the fastest shoes. Like On, triathletes are fearless in trying new technologies and pushing the limits of human performance. Everything about these partnerships makes sense.

Before committing to triathlon, Chelsea Sodaro first enjoyed a successful career as a middle-distance runner. She earned All-American honors in cross-country and track as a college senior and won two national titles as a professional runner. She was a national-level contender and regularly competed in the Diamond League track and field events. Since making the switch in 2017, she has won one ITU World Cup and four Ironman 70.3 events. In October 2022, Sodaro celebrated her most significant success to date. The 33-year-old took the Ironman World Champion title in Kona, Hawaii. It was only the second Ironman of her career, coming 18 months after giving birth to her daughter Skye.

"Working with On that was an easy choice! On is an innovative company pushing the limits of human performance. From our initial conversations, I immediately felt special energy and knew I wanted to be a part of what the team is creating. I felt incredibly inspired by On Co-Founder Olivier Bernhard's passion, values, and fearlessness. This ethos resonated with me on many levels, and I felt that On was the perfect place for me to land as an athlete", Sodaro said.

"Kristian Blummenfelt: "I want to do everything I can to fight for the win at the Olympic Games in Paris."

Reigning Olympic Champion Kristian Blummenfelt joins On with a singular focus this year:

"The reason why I am joining On is simply because of the Olympic Games in Paris. I want to do everything I can over the next year and a half to be in a position where I can fight for that win. This also means choosing the right partners with the best team, who can give me that competitive advantage regarding equipment. From what I've seen when visiting the On Labs, it is such a dynamic, dedicated team which I believe can put me in a better position in Paris", Blummenfelt said.

Coming from a swimming background, Blummenfelt had talents beyond the pool as one of Norway's best junior distance runners. Once he committed to triathlon, however, he steadily developed into one of the most successful triathletes of the recent past. After claiming the triathlon gold medal at the 2020 Tokyo Olympics, the 28-year-old added the 2021 ITU World Champion title, the 2021 Ironman World Champion title, and the 2022 Ironman 70.3 World Champion title to his impressive resume. In the Sub7 project, he recorded the fastest-ever measured Ironman time (06:44:25) under optimal conditions in 2022. He also topped the newly introduced PTO World Rankings in the same year.

Reunited with childhood friend and constant training companion Gustav Iden, who joined On in autumn 2022, Blummenfelt will not only be competing in On shoes but also have an active role in testing and developing new high-performance products. The so-called "Norwegian Train" will bring their deep science approach and the data insights that are the base of their performances to help develop the performance products of the future together with On's Lightning Team.

Paula Findlay: "I fully trust that the gear I'm using is the best in the world."

For Canadian Paula Findlay, who runs the successful YouTube channel 'That Triathlon Life' with partner Eric Lagerstrom, trust in On's running gear is at the center of the partnership.

"I have always admired On's attention to detail and style. Every time I've picked up an On shoe or piece of clothing, I've been so impressed with the quality and feel and loved the look of it. I raced in the Cloudboom Echo 3.0 last December and won, so my confidence in the On race shoes is extremely high", Findlay said about her reasons for working with the Swiss brand.

The 33-year-old began her career as a swimmer and runner in high school before transitioning into triathlon in college. She quickly rose through the ITU ranks to compete at the highest level, culminating in five ITU World Cup wins in the 2010/11 season. Unfortunately, illness and injury halted her ascent. In 2017 she tried her hand on the middle-distance circuit, where she now regularly achieves podium performances. In 2022, she finished 8th in the newly established PTO World Rankings.

"Having On behind me, a brand on the cutting edge of innovation and speed, lets me focus on the training and racing while having complete trust that the gear I'm using is the best in the world. I'm a fairly injury-prone runner, and the Cloudmonster is one of the most comfortable shoes I've ever worn. It gives me the confidence to run the volumes I need without risking injury."

Findlay will likely make her first appearance in On at the Oceanside Ironman 70.3 on April 2 and aims to chase the missing gold medal at Ironman 70.3 World Championships in 2023.

Whatever their goals, the key to success for On will always be that its athletes can feel that the brand gives them the support they deserve. "Our team is diverse from Olympic champions to Ironman world champions, Paralympic and Paratriathlon world champions to world-class Xterra and Duathlon athletes. From mums who combine their roles with passion and inherent talent to young talents who want to become superstars and maybe, concurrently, parents in the future," Flavio Calligaris concludes. "With a team of thirty of the world's best and most promising athletes, we send a message to the triathlon community that their dreams have a place on our team."

Hi-res images are available via this link.

On was born in the Swiss Alps with one goal: to revolutionize the sensation of running by empowering all to run on clouds. Thirteen years after market launch, On delivers industry-disrupting innovation in premium footwear, apparel, and accessories for high-performance running, outdoor, and all-day activities. Fueled by customer recommendation, On's award-winning CloudTec® innovation, purposeful design, and groundbreaking strides in sportswear's circular economy have attracted a fast-growing global fan base inspiring humans to explore, discover and dream on.

On is present in more than 60 countries globally and engages with a digital community on www.on-running.com. 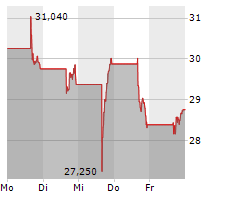