NEW YORK, NY / ACCESSWIRE / May 9, 2017 / Renowned real estate icon Jacob Frydman continues his support of the Chabad of Dutchess County and its efforts to preserve Judaic traditions among youth in New York. The real estate developer spent most of his 30 year-career focusing on value-added investments, capitalizing on his superior proficiency in structuring, financing, and executing highly complex property transactions. 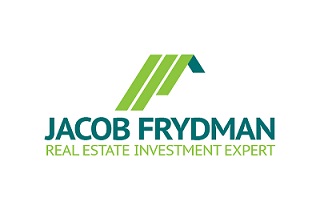 Located in Rhinebeck, NY, Chabad Dutchess and The Rhinebeck Jewish Center hosts many Jewish festive traditions, such as Shabbat, applying Tefillin, keeping mitzvahs, and performing Kaddish. It is also a resource for the Jewish community with availability of counseling and guidance in parenting, health and wellness, relationships and a host of other services, all within the framework of religious life. "I first met Jacob seven years ago," explains Rabbi Hanoch Hecht, of Chabad of Dutchess County. "When you meet him, he gives off a very strong feel of a New York City professional. Each time he has ever his word, he has kept it 100 percent. He remains a dedicated member of the Rhinebeck Jewish community, and I truly appreciate his friendship, availability, and advice."

In his active support for the NCFJE and Chabad of Dutchess County, Jacob Frydman has contributed time and capital to efforts that help feed the less-fortunate families during the Passover holiday. He has worked with the Toys for Hospitalized Children program, and has supported the Released Time program, which reaches out to Jewish youngsters in public schools and exposes them to the Jewish heritage and religion once a week for the last hour of school. His commitment and support of these initiatives are a reflection on Frydman's deep and caring involvement within his community and for his fellows.

Having acquired over five million square feet of real estate throughout the east coast of the United States, Frydman has participated in billions of dollars in notable property transactions, including Two Dag Hammarskjold Plaza, an important property for foreign governments for their missions to the United Nations; the redevelopment of lower Manhattan's Aetna Building; the acquisition of the unfinished Global Crossing New York headquarters from Goldman Sachs; the purchase of NBC's New York television studios from General Electric; and the redevelopment of 500 Tenth Avenue in Manhattan into the DHL Center.

A renowned expert on value added investments, Jacob Frydman has served as a long-standing member of the Board of Directors of the Bardavon Opera House, home of the Hudson Valley Philharmonic. Since his retirement as the CEO of a public Real Estate Investment Trust in September 2015, he continued on as the Chief Investment Officer of the First Capital Real Estate Trust and devotes much of his time to various philanthropic endeavors. Frydman is a respected contributor at numerous industry seminars and events, serving as a panelist and speaker to address matters related to property investment. He has appeared as guest lecturer at Columbia University, addressing real estate finance, and has participated in New York Law School's Master's Lecturer series. As a thought leader in his field, Frydman has often appeared on news television networks, such as Bloomberg TV, FOX News, and CNBC, discussing trends in the commercial real estate.