Argo is pleased to announce that it has entered into conditional heads of terms with HIVE Blockchain Technologies Ltd ("HIVE") to create the world's largest purpose-built business-to-business mining service provider aimed at large-scale enterprise and institutional customers.

The new partnership, which follows three months of discussions, will enable miners to benefit from the combination of the two groups' existing mining capacity, including part of HIVE's 45MW and part of Argo's 10.5MW capacity.

As a foundation stone of their proposed strategic co-operation, HIVE and Argo have conditionally agreed to a share swap arrangement, by which Argo will receive 16,321,281 HIVE common shares, representing 5% of the existing outstanding share capital in exchange for 44,062,500 ordinary shares in Argo, representing 15% of Argo's existing issued share capital.

The transaction, which does not involve any cash payment by either side, is expected to close on 30th June 2019 and is conditional on the completion of satisfactory due diligence by both parties as well as Argo receiving an independent valuation in relation to the transaction for the purposes of the Companies Act 2006.

HIVE is one of the world's leading crypto-mining companies, with state-of-the-art mining facilities in Iceland, Sweden and Norway. The company is listed on the TSX Venture Exchange in Toronto with a market value of C$179 million at Friday's closing price and reported mining income of US$35.2 million in the 12 months to December 2018.

The cryptoasset sector has appreciated dramatically since 15 February 2019 with Bitcoin (BTC) prices almost doubling from US$3,566 to US$6,900 as of 12 May 2019. This has coincided with increased demand from institutional customers. The Company has previously announced the purchase of 1000 Z11 mining rigs which are in production as of 2 May 2019 and 1000 S17 mining rigs which will all be in production in July 2019. The Company is pleased to announce that an additional 783 S17 mining rigs have been purchased for a total consideration of US$1.5m. These new S17's will be in production in early Q3 to meet the significant demand the Company foresees from the partnership announced today.

Institutional investors and large enterprises have shown increasing interest in the cryptoasset sector. However, the need to ensure compliance with a wide range of legislative and regulatory requirements, has resulted in a cautious approach to the sector being adopted. In particular, the lack of clarity around provenance of cryptoassets has caused significant concern, especially for regulated, institutional investors. If, for example, a coin was mined in a controversial or sanctioned jurisdiction, an institution cannot say definitively that those coins are not derived from the proceeds of crime or that the acquisition of such a coin is compliant with money laundering and terrorist financing legislation or the current sanctions regime. The mining of new (virgin) coins solves these issues.

This partnership will combine the strengths of Argo's Canadian infrastructure including software, capacity, team and competitive prices on electricity and hardware, with Hive's industrial scale production capacity in Scandinavia (Iceland, Sweden and Norway), its deep experience in the mining space and its significant institutional investor base.

The Board considers that the cryptocurrency sector has hit a tipping point with large financial institutions like JP Morgan, Fidelity and even Facebook openly discussing different infrastructure opportunities in the space. The regulatory environment is also becoming clearer with anti-money laundering (AML) and tax issues being actively worked on in prominent jurisdictions around the world.

This new strategic partnership presents a significant opportunity to service larger strategic institutional clients who need mining-as-a-service (MaaS) infrastructure to mine virgin coins from safe jurisdictions like North America and Europe and in addition from publicly listed entities such as Hive and Argo.

Jonathan Bixby, Executive Chairman of Argo, said: "This deal makes strategic sense and demonstrates the intrinsic value of our business, our vision and existing investment. The alliance is transformational for Argo and will deliver further long-term and sustainable fiat-based revenue streams for the company."

Frank Holmes, Chairman and Chief Executive of Hive, said: "In our analyses Argo is significantly undervalued. We are excited about this strategic partnership and investment. The crypto market is ready for a mining solution focused on enterprise customers who need accountability and transparency and our combination of scale, software and team will be transformational in this growing market."

Argo Blockchain plc is a global data centre management business that provides a flexible platform for the mining of leading cryptocurrencies. Argo is headquartered in London, UK and operates state-of-the art data centres in Quebec, Canada. The Company's shares are listed on the main market of London Stock Exchange under the ticker: ARB. 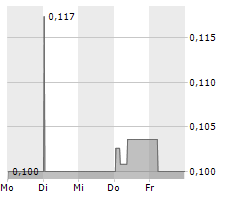