PARIS, June 17, 2019 /PRNewswire/ -- WEDNESDAY NIGHT, JUNE 12TH, COINTREAU KICKED OFF ITS YEAR-LONG 170TH ANNIVERSARY CELEBRATIONS WITH AN EXCLUSIVE LE COCKTAIL SHOW EVENT IN PARIS. BOASTING NEARLY 400 OF INVITEES FROM ALL AROUND THE WORLD, INTERACTIVE POP-UPS FEATURING THE BRAND'S FOUR MOST ICONIC COCKTAILS WITH STAR BARTENDERS, THE REVEAL OF AN UPCOMING LIMITED EDITION WITH THE ONE-AND-ONLY VINCENT DARRÉ, AND ROUSING LIVE ENTERTAINMENT, LE COCKTAIL SHOW IS OFFICIALLY THE TOAST OF THE TOWN. 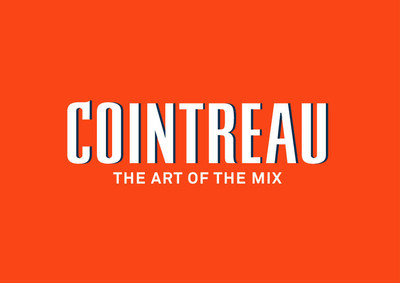 Having played a pivotal role in cocktail culture for nearly two centuries, there was only one way for Cointreau mark this momentus occasion: with a full-fledged fête in the City of Light. Maison Cointreau, born in Angers, France in 1849, celebrated its 170th anniversary with a private kick-off of Le Cocktail Show Wednesday evening. Nearly 400 movers and shakers-media, partners, bartenders, and Cointreau employees-from 24 countries graced the elegant turn-of-the-century Pavillon Elysée to toast to Cointreau's 170 years of perfecting the Art of the Mix.

The event was fittingly Belle Époque-themed, a nod to the vibrant era that gave birth to the Cointreau brand, and the festivities an ode to all things cocktail. Centered around four classics that influenced Cointreau's storied history-the Margarita, the Sidecar, the Cosmopolitan, and the Cointreau Fizz-guests were invited to slip into a bygone era and rediscover these iconic libations in all their glory. For those who wanted to hone their mixology skills, there were workshops on Margarita garnishing, the olfactory notes of the Sidecar, the art of Cosmopolitan shaking, and a Cointreau Fizz how-to. Star bartenders from around the world were also on-site serving up reimagined versions of these classics. Aurélie Panhelleux, co-owner of Paris's CopperBay, recently named one of France's Top 10 Most Influential Bars, created her own spin on the Margarita. Toby Cecchini, creator of the famed Cosmopolitan, mixed up a twist on his New York classic. Antonio Lai, multi-award-winning bartender from Hong Kong's Quinary took the lead on the Cointreau Fizz. And Pepijn Vanden Abeele, Bar Director of oh-so-creative Sketch in London, whipped up a refreshed Sidecar.

Wednesday night's private party was preceeded by an intimate gala for a VIP group in the Cointreau distillery in Angers, and is followed up with a larger four-day event for the public, which runs through June 16.

But the celebration doesn't end in Paris. Over the course of 2019-2020, Le Cocktail Show will bring the convivial spirit of the Belle Époque to bars and shops around the world. The signature drinks will be brought to life with a grand dose of spectacle through digital activations, grocery store pop-ups, eye-catching merchandise, and the French rendez-vous of the year: Cocktail Mondays bar events.

Édouard Cointreau went to great lengths to ensure his liqueur was exceptional, but he didn't stop there; he believed his recipe deserved an equally creative vessel. To celebrate this anniversary, Cointreau has partnered with talented interior designer Vincent Darré to create a stunning Limited Edition bottle. Darré reimagined the emblematic four-sided bottle by adorning it with three custom designs, bringing the story of Maison Cointreau, the duality of its orange liqueur, and cocktail moments to life. This Anniversary Limited Edition bottle was revealed in an exclusive speakeasy pop-up-designed by Darré himself-during Wednesday's event, and will be available for purchase beginning Fall 2019.

"At Cointreau, we're proud to be a leader in modern cocktail culture. We wanted to use this 170th anniversary to bring our The Art of the Mix ethos to life and give Cointreau enthusiasts around the globe the opportunity to interact with our brand in a new way," said Jean-Denis Voin, CEO of Liqueurs & Spirits. A leader in the liqueurs category, Cointreau is experiencing a positive momentum that is only expected to grow in the future.

"I HAVE PASSIONATELY THROWN MYSELF INTO RESEARCHING THIS LIQUEUR. I WANTED IT TO HAVE THE PURITY OF CRYSTAL AND A DELICATELY SUBTLE FLAVOR THANKS TO THE PERFECT HARMONY OF SWEET AND BITTER ORANGE PEELS." - Édouard Cointreau

Since its creation in Angers, France in 1849, the Cointreau brand expresses the same playfulness, driven by the creative impulse that gave it life. Balance, sharing, style; the clear liqueur recipe has retained its original authenticity. Its character and excellence lie in the rigorous selection and assembly of the sweet and bitter orange peel essences, a meticulous task entrusted to Maison Cointreau's Head Distiller. Cointreau is one of the world's leading premium orange liqueurs and enjoys a longstanding presence across the five continents. Today, Cointreau is at the heart of 350+ cocktails and has won 300+ international awards. Its superior quality makes it a favorite amongst bartenders and home mixologists and has earned it a place in the most respected bars around the world. 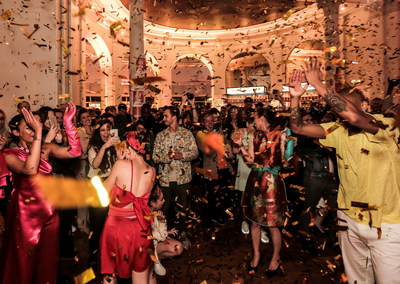