Vancouver, British Columbia--(Newsfile Corp. - August 6, 2019) - Mr. Ryan Kalt today announced that he has acquired, directly and indirectly, an aggregate of 806,800 common shares of Red Lake Gold Inc. (CSE: RGLD) ("RGLD" or the "Company"). The 806,800 common shares were acquired by Mr. Kalt personally as well as through a company wholly-owned by Mr. Kalt (Kalt Industries Ltd.) by way of a series of open-market purchases made on the Canadian Securities Exchange between July 12, 2019 and August 6, 2019, under which Mr. Kalt paid an aggregate of $126,240, representing an average price of $0.1565 per share. Collectively, the shares acquired by Mr. Kalt represent approximately 3.25% of the issued and outstanding common shares of the Company.

The Form 62-103F1 - Required Disclosure under the Early Warning Requirements associated with this news release can be obtained from RGLD's profile on SEDAR at www.sedar.com. To obtain a copy of the report, please contact Michael Raven of Beadle Raven LLP at 1.604.899.6401.

The CSE has not reviewed, approved or disapproved the contents of this press release.

To view the source version of this press release, please visit https://www.newsfilecorp.com/release/46763 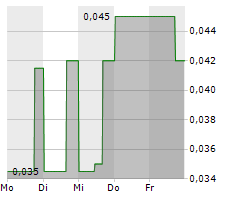