"Over the past several quarters, BioTime has completed several transactions to simplify our corporate structure and highlight our cell therapy programs as our top priority. Acquiring Asterias, distributing AgeX, reducing our OncoCyte ownership, hiring a new management team, reducing overhead and headcount, and relocating clinical operations for our OpRegen program to the U.S. are all constructive components of a larger vision we have to become a premier cell therapy company," stated Brian M. Culley, Chief Executive Officer of BioTime. "As a result, we are changing our name to reflect our mission and bring attention to our leadership position in the administration of differentiated human cells to treat serious medical conditions such as dry-AMD, spinal cord injuries, and cancer."

- Announced dosing of the first patient with the Orbit Subretinal Delivery System (Orbit SDS) and with the new Thaw-and-Inject formulation of OpRegen, its retinal pigment epithelium (RPE) transplant therapy, in the Company's ongoing Phase I/IIa clinical study for the treatment of dry age-related macular degeneration (dry-AMD), a leading cause of adult blindness in the developed world.
- Announced the planned launch of its new corporate brand and identity as well as a change in corporate name to Lineage Cell Therapeutics, Inc., reflecting its commitment to becoming an innovative, leading cell therapy company and highlighting its extensive cell therapy platform. In conjunction with the name change, the Company's ticker symbol will change to "LCTX" on August 12, 2019. The Company also will be relocating its corporate headquarters to Carlsbad, California, effective August 12, 2019, a move which will provide proximity to world-leading academic centers, public and private cell therapy peers, and is expected to offer more centralized decision-making, cost-savings, and access to an extensive network of experienced staff.
- Awarded a new research & development grant for 2019 of up to 9 million Israeli New Shekels (approximately $2.5 million) from the Israel Innovation Authority. The grant provides funding for the continued development of OpRegen and to date, the IIA has provided annual grants totaling approximately $16 million for the development of the OpRegen program.
- Converted approximately 15% of our investment in OncoCyte Corporation into cash to support our operations with the sale of 2,250,000 shares of OncoCyte common stock for gross proceeds totaling $4,500,000. BioTime continues to own approximately 23.9% or 12.4 million shares of OncoCyte's outstanding common stock. Based on the closing price of OncoCyte's common stock on August 6, 2019, the value of our remaining OncoCyte shares is approximately $21.7 million.
- The ongoing transfer of assets acquired in the Asterias merger to BioTime's existing GMP manufacturing facility in Jerusalem in preparation for the hand off of Asterias's Fremont facility to Novo Nordisk in the third quarter of 2019. These actions are expected to lead to significant cost savings via headcount and facility reductions, as well as support BioTime's innovative and diversified clinical-stage pipeline.

- Complete patient enrollment in the United States with the Orbit SDS in the ongoing Phase I/IIa clinical study of OpRegen for the treatment of dry-AMD.
- Present new OpRegen data from the ongoing Phase I/IIa clinical study for the treatment of dry-AMD at the 2019 American Academy of Ophthalmology Annual Meeting in October (AAO 2019).
- Continue to tech transfer and advance the OPC1 program by introducing improvements to the manufacturing process.
- Strengthen existing partnerships with the National Institutes of Health, the Israel Innovation Authority, the California Institute for Regenerative Medicine and Cancer Research UK.
- Announce decision on BioTime's CE Mark application for Renevia, an investigational medical device being developed as an alternative for whole adipose tissue transfer procedures.
- Evaluate the development of OPC1 as a candidate for the potential treatment of multiple sclerosis (MS) and ischemic stroke through ongoing research collaborations with major universities.
- Launch new corporate brand, website and social media presence.

BioTime's promissory note due from Juvenescence Limited had an outstanding balance (principal plus accrued interest) of $22.9 million as of June 30, 2019. Unless earlier converted into Juvenescence ordinary shares, the promissory note is payable in cash, plus accrued interest at 7% per year, at maturity in August 2020. If Juvenescence completes an initial public offering (IPO) resulting in gross proceeds of not less than $50.0 million, the promissory note automatically converts into the Juvenescence securities issued in the IPO based on the per-share price to the public in the IPO, subject to an upward adjustment in the number of shares that would be issued to BioTime upon such conversion if the 20-day volume-weighted average trading price of one share of common stock of AgeX Therapeutics, Inc. (AgeX) before the IPO is priced above $3.00. If the promissory note is converted, the Juvenescence ordinary shares will be a marketable security that BioTime may use to supplement its liquidity, as needed and as market conditions allow.

In summary, as of June 30, 2019, the value of the Company's cash, marketable securities, equity holdings in OncoCyte, and the balance of a promissory note due to it in August 2020 were in excess of $76.0 million.

Note regarding AgeX: On August 30, 2018, BioTime deconsolidated AgeX from its consolidated financial statements due to the sale by BioTime of 14,400,000 shares of AgeX common stock to Juvenescence and the related decrease of BioTime's ownership position in AgeX from 80.4% to 40.2%. Accordingly, BioTime ceased recognizing revenue and expenses related to AgeX and its programs on such date.

Revenues: BioTime's revenue is generated primarily from research grants, licensing fees and royalties. Total revenues for the three months ended June 30, 2019 were $0.8 million, a decrease of $1.8 million as compared to the same period in 2018. The decrease was primarily related to a $1.4 million decrease in grant revenues, and a $0.3 million decrease in subscriptions and advertisement revenues attributable to the deconsolidation of AgeX.

The reconciliation between operating expenses determined in accordance with accounting principles generally accepted in the United States (GAAP) and operating expenses, as adjusted, a non-GAAP measure, is provided in the financial tables included at the end of this press release.

R&D Expenses: R&D expenses for the three months ended June 30, 2019 were $5.2 million, a decrease of $1.1 million as compared to the same period in 2018. The decrease was primarily related to a $1.4 million decrease from the AgeX deconsolidation and the absence of AgeX R&D expenses incurred after August 30, 2018, offset by a net increase of $0.3 million in BioTime programs primarily related to: (1) an increase of $1.7 million in OPC1 and VAC2 expenses (these programs were acquired in the Asterias merger) offset by (2) decreases of $1.4 million in Renevia, HyStem and PureStem related expenses.

G&A Expenses: G&A expenses for the three months ended June 30, 2019 were $6.3 million, an increase of $1.0 million as compared to the same period in 2018. The increase was primarily attributable to a $1.9 million increase in severance, legal, accounting and other expenses related to the Asterias merger which was offset by a $1.1 million decrease in AgeX related G&A expenses.

Other Income/(Expenses), Net: Other income/(expenses), net for the three months ended June 30, 2019 reflected other expense, net of ($20.5) million, compared to other income, net of $4.5 million for the same period in 2018. The variance was primarily related to changes in the value of equity investments in OncoCyte and Asterias for the applicable periods.

BioTime is a clinical-stage biotechnology company developing novel cellular therapies for unmet medical needs. BioTime's programs are based on its proprietary cell-based therapy platform and associated development and manufacturing capabilities. With this platform, BioTime develops and manufactures specialized, terminally-differentiated human cells from its pluripotent and progenitor cell starting materials. These differentiated cells are developed either to replace or support cells that are dysfunctional or absent due to degenerative disease or traumatic injury or administered as a means of helping the body mount an effective immune response to cancer. BioTime's clinical assets include (i) OpRegen, a retinal pigment epithelium transplant therapy in Phase I/IIa development for the treatment of dry age-related macular degeneration, a leading cause of blindness in the developed world; (ii) OPC1, an oligodendrocyte progenitor cell therapy in Phase I/IIa development for the treatment of acute spinal cord injuries; and (iii) VAC2, an allogeneic cancer immunotherapy of antigen-presenting dendritic cells currently in Phase I development for the treatment of non-small cell lung cancer. For more information, please visit www.biotimeinc.com or follow the Company on Twitter @BioTimeBTX. BioTime announced that it is changing its name to Lineage Cell Therapeutics, effective August 12, 2019. 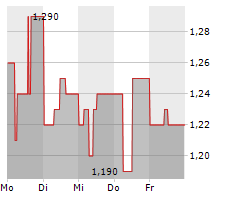