Toronto, Ontario--(Newsfile Corp. - August 20, 2019) - Metals Creek Resources Corp. (TSXV: MEK) (Metals Creek or "the company") is pleased to announce that they have been advised by their option/joint venture partner, Sokoman Minerals Corp (Sokoman) (TSXV: SIC) that diamond drilling operations are underway on the Clarks Brook property, 35 kilometres southeast of Sokoman's Moosehead project in central Newfoundland. The minimum 1200 metre program will further test the gold bearing, epithermal style mineralized zone initially defined by Sokoman in 2017/18. The proposed program will consist of 3-4 strategically placed holes designed to test for deeper, higher grade gold mineralization at what is commonly termed the boiling zone within a classic epithermal gold system. The boiling zone can occur at depths ranging from 200 - 400 metres but sometimes deeper depending on specific deposit characteristics.

The mineralized zone is hosted in a well-defined, north-south trending magnetic low that locally appears folded. Gold mineralization is contained within a locally brecciated, moderately to strongly silicified zone with abundant crosscutting gray, vuggy quartz stringers with 1-3% disseminated pyrite, arsenopyrite and minor stibnite (antimony). Occasional visible gold has been noted in both drill core and in slabbed rock samples from the property and exhibits textures and mineralization consistent with an epithermal style of gold mineralization in a trend subparallel to the Moosehead-Valentine Lake Trend. Numerous historical gold showings that lie on trend from Clarks Brook have strong epithermal characteristics including jasperoid development, silica sinters and pathfinder elements such as antimony and arsenic. The producing Beaver Brook antimony mine lies 14 kilometres on trend to the southwest of Clarks Brook.

Alexander (Sandy) Stares states: "Metals Creek remains a strong supporter and shareholder of Sokoman and the agreement remains a good fit for both companies. MEK will maintain an interest in the property thru the share issuance and either the 75/25 SIC/MEK JV or the NSR. We look forward to the results of this deep drilling program."

To earn an initial 75% interest in the Clark's Brook project, Sokoman must make cash payments of $45,000 over three years and issue a total of 3,000,000 Sokoman common shares over three years and incur work expenditures of $800,000 over three years. Sokoman will be the operator during the earn-in period. Once a 75% interest is earned by Sokoman, either a 75/25 joint venture will be formed, or Sokoman may elect to earn an additional 25% interest to bring its total property interest to 100%. The terms to increase its interest from 75% to 100% include payments of $100,000 and the issuance of an additional 2,000,000 Sokoman shares within 60 days of the 3rd anniversary date.

This news release has been reviewed and approved by Timothy Froude, P. Geo., a "Qualified Person" under National Instrument 43-101 and President and CEO of Sokoman Minerals Corp.

Metals Creek Resources Corp. is a junior exploration company incorporated under the laws of the Province of Ontario, is a reporting issuer in Alberta, British Columbia and Ontario, and has its common shares listed for trading on the Exchange under the symbol "MEK". Metals Creek has earned a 50% interest in the Ogden Gold Property from Newmont Goldcorp, including the former Naybob Gold mine, located 6 km south of Timmins, Ontario and has an 8 km strike length of the prolific Porcupine-Destor Fault (P-DF). In addition, Metals Creek has recently signed an agreement with Newmont Goldcorp, where Metals Creek can earn a 100% interest on the past producing Dona Lake Mine project in the Pickle Lake Ming District of Ontario. Metals Creek also has an option agreement with Quadro Resources on Metals Creek's and Benton Resources Staghorn Gold Project in Newfoundland as well as two option agreements with Anaconda Mining Inc. on Metals Creek's Jacksons Arm and Tilt Cove Properties also in Newfoundland. The company also has an agreement on its Clarks Brook property with Sokoman Minerals Corp. as well as an agreement with Manning Ventures on the Metals Creeks Squid East project located in the Yukon. Metals Creek is engaged in the identification, acquisition, exploration and development of other mineral resource properties, and presently has mining interests in Ontario, Yukon and Newfoundland and Labrador. Additional information concerning the Company is contained in documents filed by the Company with securities regulators, available under its profile at www.sedar.com. 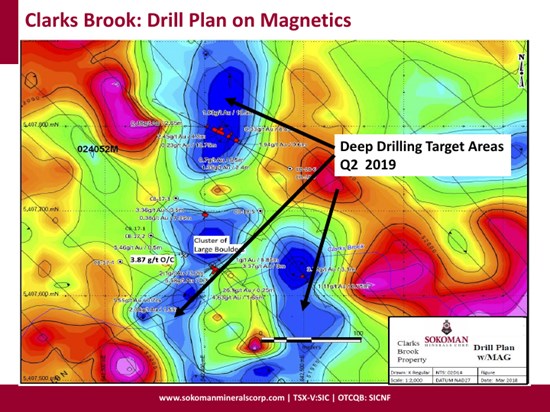 To view the source version of this press release, please visit https://www.newsfilecorp.com/release/47070 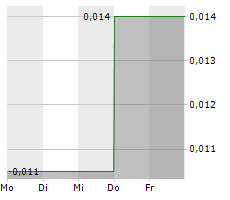