Lamborghini and Porsche Won the Grand Prix Trophies at AutoVision 2019

FRANKFURT, Germany, Sept. 13, 2019 /PRNewswire/ -- At the 14th edition of AutoVision, a total of 52 film and multimedia productions from the automotive industry convinced the jury and were honored, within the frame of the IAA, with the coveted OttoCar trophies in Gold, Silver and Black. Once again, German and Russian productions were delighted to receive the Grand Prix trophies, celebrating their success together with 160 international attendees at the New Mobility World. 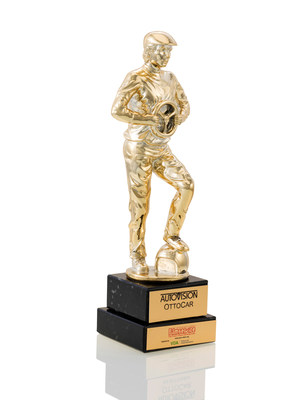 This year, the international jury, consisting of film and communication professionals as well as experts from the automotive industry, judged a variety of international productions. Among them, films from South Korea, Qatar and Saudi Arabia. "I'm very pleased to see, that AutoVision is getting more and more recognition even in the Arabian and Asian region," states the festival director Alexander V. Kammel.

The highlight of the Awards Ceremony was the announcement of the two Grand Prix winners. Thereby the production "Die Faszination Porsche wird neu programmiert" was able to asset as a Grand Prix winner against all nominees. The jury justifies their decision saying: "An unprecedented recruiting video, that has never been seen in this form before. It perfectly meets the experts target group and is outstanding in its credibility and tonality. Insights are told in a rhythmic way that really makes one to want to work at Porsche."

As in the previous year, the second Grand Prix for the best Interactive & Multimedia production went to SILA SVETA from Russia with its multimedia show Lamborghini Urus. "A high-class live production. Each detail of Lamborghini is embedded and brilliant set in the center of interest. A very strong and precisely implemented live show, thus a harmonious overall performance. Outstanding in the live sector, creating a wow effect," commented the jury enthusiastically.

The production VOLKSWAGEN SERVICE "Drivers Days" by Chunk Film explicitly convinced the jury and won in the new category "Bestes Sounddesign". In the second newly introduced category "Social Media & Short Videos," a total of six international productions were awarded with the OttoCar Trophies. Porsche Austria with its Guinness world record "ŠKODA Catch The Arrow" was delighted to receive a Gold OttoCar Trophy. Holoride GmbH managed to impress the jury with its interactive Driving-Experience, in the same way as at the CES Las Vegas, and thus also received a much-coveted OttoCar Trophy in the category "360 -Degree Videos, Virtual Reality".

All photos from the Awards Ceremony can be viewed here.

Since 1993, AutoVision biennially awards OttoCars in Gold, Silver and Black. The festival is part of one of the biggest events for passenger cars, the International Motor Show (IAA) in Frankfurt/Main, Germany. During over 20 years of existence, AutoVision managed, with the support of the German Association of automotive industry (VDA), to position itself as one of the top festivals for films and multimedia productions in the automotive sector. Industry giants such as Porsche, Daimler, BMW, Audi, Ford and many more have already participated in the festival. 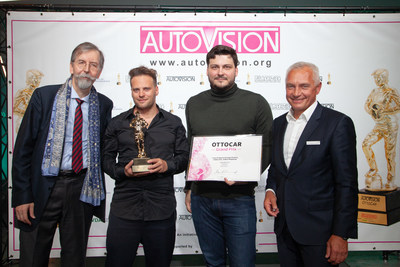 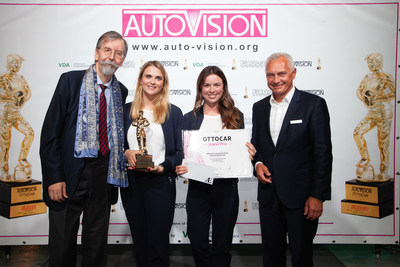