VANCOUVER, BC / ACCESSWIRE / September 20, 2019 / Ximen Mining Corp. (TSX.V:XIM)(FRA:1XMA)(OTCQB:XXMMF) (the "Company" or "Ximen") is pleased to announce it has closed the third tranche of its draw-down equity financing facility (the "Investment Agreement") with Alumina Partners (Ontario) Ltd. ("Alumina"), an affiliate of New York-based private equity firm Alumina Partners, LLC. The third tranche closed on September 18, 2019 the Company drew down $150,000 from Alumina with Alumina receiving 487,804 units of Ximen consisting of a common share priced at $0.3075 per share and an 18 month warrant exercisable at $.5125 per share. The hold expiry date for the placement is January 19, 2020. The Investment Agreement will provide the Company with up to C$8.0 million over a 24-month period to finance its exploration and on-going acquisition of gold assets in British Columbia. 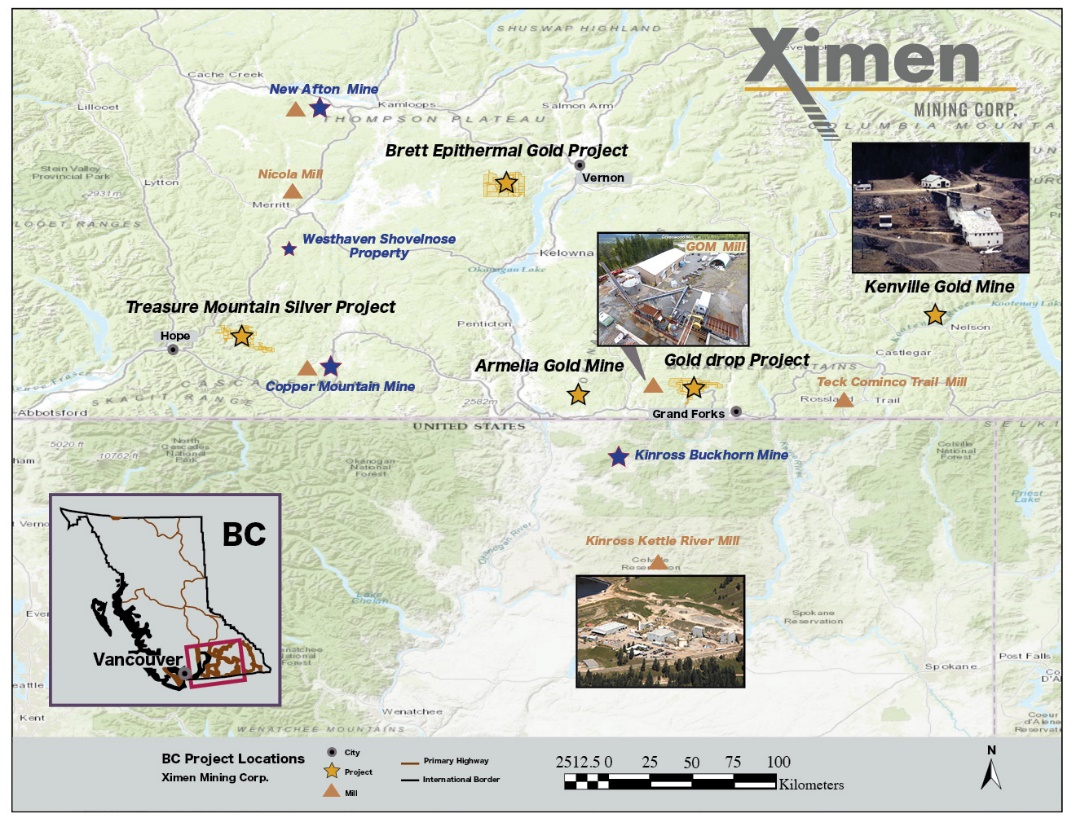 The Investment Agreement is structured to provide Ximen with relatively quick access to private placement financing as and when required. Under the Investment Agreement, the Company has the right to draw down on the facility, at its sole discretion, through equity private placement tranches of up to C$500,000 each. Each tranche will be a placement of units (each a "Unit"), with each Unit comprising one Ximen common share (a "Share") and one common share purchase warrant (a "Warrant"). The Units will be priced at a discount of 15% to 25% from the then most recent closing price of the Shares on the TSX Venture Exchange at the time of the applicable Company draw-down notice to Alumina. The Warrants will be issued at a 25% premium over the market price of the Shares and will have a term of 18 months. There are no standby charges or other upfront fees associated with the Investment Agreement. Each tranche of Units issued under the Investment Agreement will be subject to the acceptance of the TSX Venture Exchange, and the securities issued will be subject to the customary 4-month hold period.

Ximen Mining Corp. owns 100% interest in three of its precious metal projects located in southern BC. Ximen's two Gold projects The Amelia Gold Mine and The Brett Epithermal Gold Project. Ximen also owns the Treasure Mountain Silver Project adjacent to the past producing Huldra Silver Mine. Currently, the Treasure Mountain Silver Project is under option agreements. The option partners are making annual staged cash and stocks payments as well as funding the development of the project. The company has recently acquired control of the Kenville Gold mine near Nelson British Columbia which comes with surface and underground rights buildings and equipment as well as a permit for the construction of an underground decline.