The US market represents approximately 70% of UGE's current project backlog, after seeing accelerated activity in recent quarters. As the Company prepares to start construction on multiple projects, UGE procured over 4MW of solar panels in Q3 2019, the majority of which was for US-based projects. Procurement is an important driver of revenue expectations, since UGE recognizes revenue when costs are incurred; as UGE takes possession of equipment for these projects in Q4, it expects revenue to increase accordingly. UGE expects to procure as much as 5MW of additional equipment in Q4 2019.

Two of the projects underway are located in New Jersey, in which UGE intends to maintain equity ownership once the projects are operational. This represents a gradual change in UGE's revenue model which will see recurring revenues start to become meaningful as a percentage of overall revenues as such projects become operational.

UGE also broke ground on its first project in Maine last week. Maine has become a notable community solar market in recent months and UGE's upcoming project will be one of the first such projects in the state. UGE had the foresight to lay roots in Maine earlier this year and expects to be in the right place at the right time to see the state contribute meaningful revenue for the Company in 2020 and beyond.

In the Philippines, Q3 2019 kicked off with the successful on-boarding of experienced project managers to deploy the growing pipeline of projects. The focus of Q3 was to begin deployment of several contracted projects signed earlier in the year. UGE mobilized on four sites in the greater Cebu area with a combined capacity of over 400 kW and is on track to hit substantial completion on three of the four sites in October 2019. Notably, three of the four sites were solar projects funded by UGE's unique green bond retail product.

While UGE was focused on deploying new projects, several binding term sheets were signed during Q3 2019, including one for a large logistics company. At 2.4MW in project capacity, UGE is looking to convert the term sheet into a signed contract by year end.

Canada and Rest of World

In Canada, UGE has been primarily focused on close-out work for project portfolios contracted prior to 2019. In Q3 2019, UGE completed eight additional final completion milestones on its Potentia portfolio, leaving nine sites (out of 29) scheduled for completion in Q4 2019.

"Our colleagues have done an excellent job moving projects through the development phase and into construction in recent months," stated UGE's COO, Robert van Duynhoven. "Earlier in 2019, closing prior projects dominated. As we move through the second half of the year, new higher margin projects in our growth markets are driving results, which will see us exit the year with results we can be proud of."

In addition, the Company announces it has received approval to convert an account payable balance of CAD$7,500 to shares, resulting in the issuance of 125,000 common shares of UGE.

UGE delivers immediate savings to businesses through the low cost of solar energy. We help commercial and industrial clients become more competitive by providing low cost distributed renewable energy solutions at no upfront cost and maximum long-term benefit. With over 380 MW of global experience, we work daily to power a more sustainable world. Visit us at www.ugei.com.

To view the source version of this press release, please visit https://www.newsfilecorp.com/release/48631 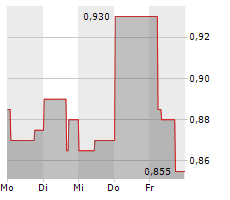