NEW YORK, NY / ACCESSWIRE / October 12, 2019 / Bagio White, the founder of the trending Magazine DOPENESS and a longtime creative director, says he will change the world of magazine publishing. He is one of the few African American artistic directors to be notable in magazine publishing and I got a pleasure to interview Bagio via Phone. "I feel ecstatic for the next chapter of my career," Mr. White said via phone this past Saturday, adding that he planned to relocate to California to build his next media platforms. "This is the time I think that the marriage of designing editorial and the internet will be the precedent of how I will shape the magazine print industry. I have so much respect for the heavy hitters in the industry now, but I think they are missing a key part of print that's why that particular way is dying," Bagio stated 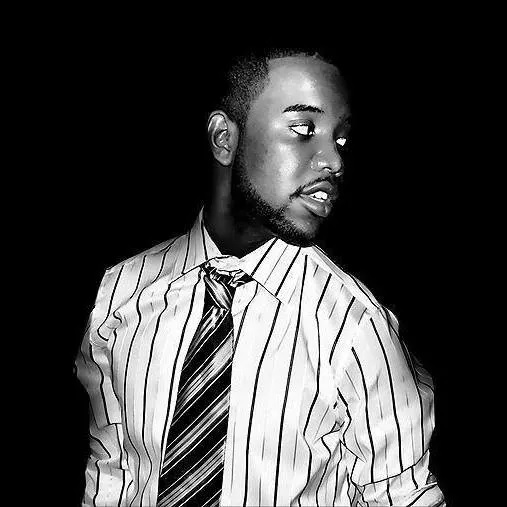 It was, widely rumored in recent months, due to DOPENESS hiatus, that he was rebranding the publication but was later denied by White - that wasn't his plan.

"No, DOPENESS is forever DOPENESS, but I do plan on building other magazines, in lieu of making my new publishing platform". Bagio's conversation with us is also a reflection of the increasing consumer-driven intermingling of digital media with editorial, which helped boost his brand views and engagement by 30% for the past 3 years, according to white's analysis of DOPENESS. And it is an acknowledgment on the part of the editorial that it must respond to print in new ways.

"Three years ago, I turned my magazine to a full digital experience, and I did get some backlash from my team and advertisers, but we met in the middle deciding it was best. I did watch the analytics from that change 3 years ago and the views and interactivity of our readers boosted by almost 30%. But I was still kind of adamant about eliminating print media altogether and then the idea came about to see if I can merge the two".

"Bagio is unbelievably good at creating and bridges ideas at the craziest of the moments," said Christopher Rogers, chief of Operations of DOPENESS, who was also on the call. The two men first met about 10 years ago when Bagio was still attending college at the time, where Bagio came up with the idea of DOPENESS.

"I know 100% that he can do it," Mr. Rogers said. "I was really surprised when he first presented the idea of DOPENESS to me and it was like 3 or 4 days later he called me and said, "Website's done!" and honestly I never witness that from anyone before."

Bagio, 29, Jamaican born raised in Kingston, is widely considered one of many creative directors of cool; a master of mixing vibrant colors and tones, geometry, digital and creativity, to reimagine the familiar and give it a vibrant new presentation.

"My process is kind of daunting, I'll create a mood board, rather several mood boards and I'll pick the best 3 and merge that idea together, however unorthodox it may seem. After the new mood board is created the photoshoot around the talent or product gets completed and then the real work starts. Everyone believes that most creative directors only direct shoots, which for the most case is probably correct, but I don't really classify myself as just one, I'm also a graphic designer. So, after I get my hands on those photos I go through several processes of retouching and then I move on to mixing variants of colors, lighting and added GFX props to recreate the ideal idea from the merged mood board I talked about earlier," Said White.

Despite having no formal Graphic Designing education (he studied architecture engineering), Bagio interned for Def Jam Recordings at a very young age.

"It was crazy how I started interning for Def Jam. In 2008, I remember when I was in high school and I just got into coding; and to this day I'm very proficient web developer, a lot of people don't really know that I code and developed the DOPENESS web interface (and its affiliate site) and our advertisers micro webpages myself. So back then I was on the fast track learning the ins and outs of web development. So as a test I remember on Myspace when everyone could personalize their spaces to there standards, I came across Rihanna's Profile [laughs] so I remember using her page as an example and I basically recreated her entire profile from the labels [Def Jam Recordings] customizations, mixed in my coding tweaks and designs. After that I remember that mock profile that I made of Rihanna started attracting a lot of her fans [laughs]. So, I wasn't soon after that that I got a message from Def Jam to take down that profile immediately [laughs] which I complied with, it wasn't my intention to take it any further just to test out my skills at the time. Soon after I received another message from the label to contact them immediately and I thought I was in trouble at first [laughs] but it was the opposite when I contacted them they offered me my first interning position with them based off of what they saw I created, and the rest is history [laughs]," said White.

Bagio founded DOPENESS - a urban reference in which carried a multifaceted belief - in 2012, after four years while interning with Def Jam.

"I know the importance of how far web media can shape ideas and perspective and I know how fascinating it his to have a physical copy of a magazine in your hands. DOPENESS was inspired from Complex Magazine. They (Complex) had an issue covering the rap group Clipse with a collaboration with Kaws that really blew me away that really shaped my perspective on how fun editorial design can be when witnessed firsthand. The iinternet is such a mashup of ideas hitting you at once, which is understandably but a print magazine is just something to experience up close, and that's why I'm on a mission to merge the two mediums to create something beautiful," White stated.

DOPENESS currently has over 200K Instagram followers (Bagio alone has over 100K million), which he attributes to his work in the field.

"In a crazy way, all of my output of work has been to make a pretty compelling case for me to take on a role such as a Creative Director," Bagio said. "I think of it as the craziest collaboration anyone will witness."

Bagio will continue to run DOPENESS as its Creative Director - "honestly it's for that design filled curious teenage version of myself, which the world is experiencing the 28 year old me I am today," he said - and to have work with so much prominent people as he does. But he said it wouldn't cut into his other magazine developments he is planning to release later next year, 2020.