VANCOUVER, BC / ACCESSWIRE / December 12, 2019 / Blue Moon Zinc Corp. (TSX.V:MOON)(OTC PINK:BMOOF) ("Blue Moon" or the "Company") is pleased to announce that its exploration partner, Platina Resources Limited ("Platina"), reports drilling at the Blue Moon Project intersected visible massive and semi-massive sulphide mineralisation in the first drill hole of this year's program at the Blue Moon zinc-copper-gold project in California. The current drilling program is designed to determine the extent of the high-grade mineralisation cut in hole BMZ78 in 2018.

Hole BMZ79 intersected 40 metres of mineralisation from 410 metres (core length not true thickness). The intercept in BMZ79 is located approximately 30 metres from the mineralized intercept in BMZ78 (press release January 18, 2019). The location of the BMZ79 and photographs of the mineralization in the hole are shown in Figures 1 to 4. Hole BMZ80, the second hole in the program, is currently underway.

Platina is currently paying 100% of the drill program costs and can earn an initial 50% interest in the Blue Moon project by incurring $3 million including the drilling of a minimum 10,000 metres and payment to the Company of $250,000. Platina can increase its interests to 70% by incurring an additional $3.75 million including the completion of a pre-feasibility study and payment to the Company of $500,000. 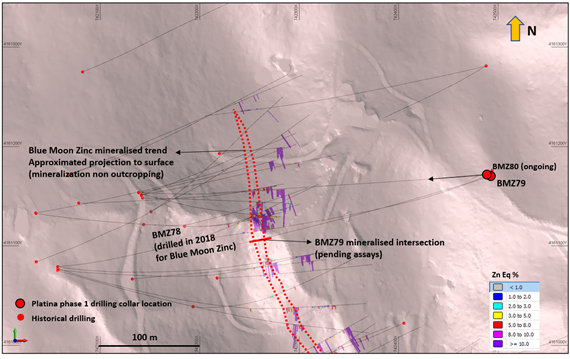 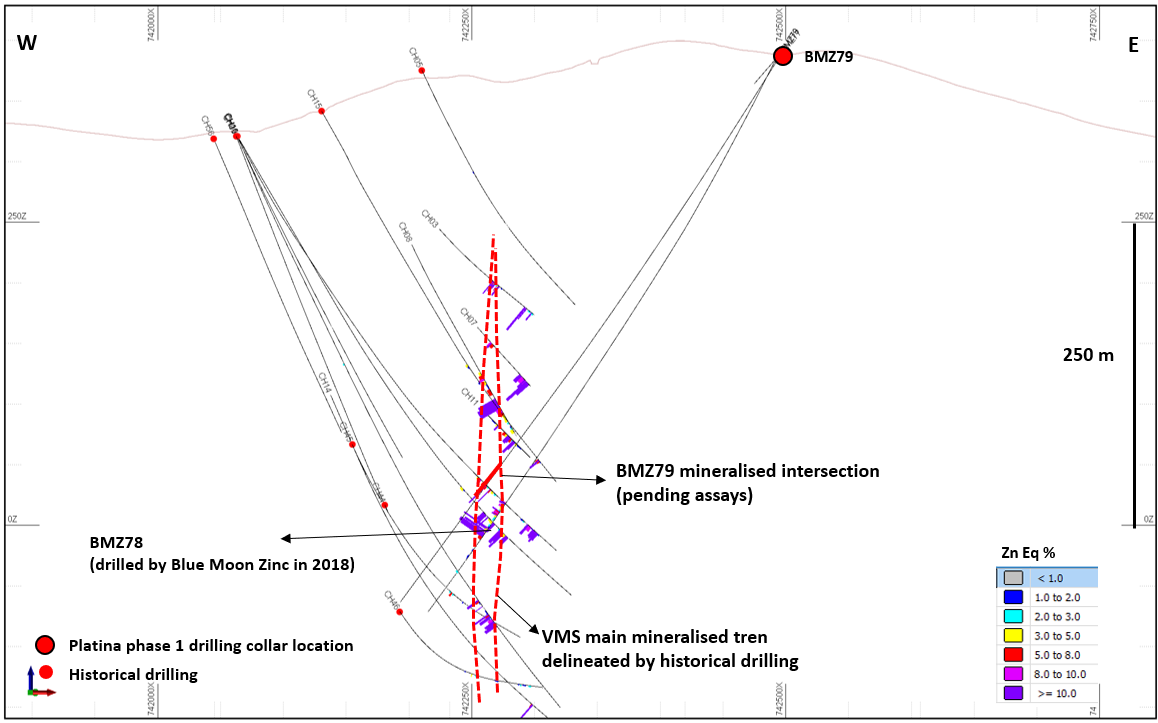 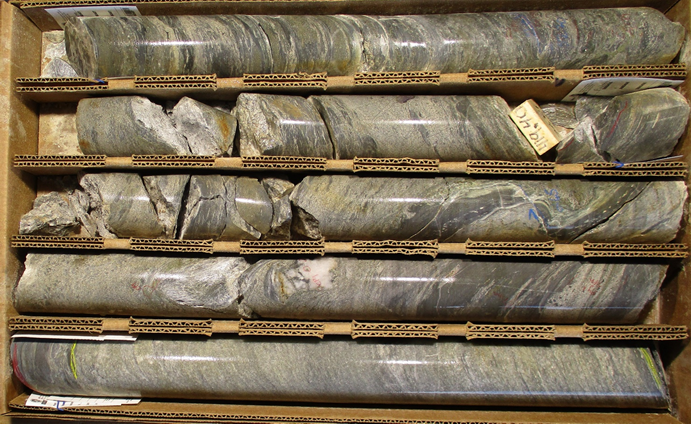 Details of the first two holes are outlined in Table 1.

Blue Moon (TSX.V: MOON) (OTC PINK:BMOOF) is currently advancing its Blue Moon polymetallic deposit which contains zinc, gold, copper and silver in partnership with Platina Resources Limited. The deposit is open at depth and along strike. The Blue Moon 43-101 Mineral Resource includes 7.8 million inferred tons at 8.07% zinc equivalent, which includes 771 million pounds of 4.95% zinc, 300,000 ounces of gold at 0.04 oz/t, 71 million pounds of 0.46% copper, and 10 million ounces of silver at 1.33 oz/t. The 43-101 was filed on www.sedar.com on November 20, 2018. The Company also holds 100% of the Yava polymetallic project in Nunavut that is on strike to Glencore's Hackett River deposit. More information is available on the company's web site (www.bluemoonmining.com).

John McClintock, P. Eng, a Director of the Company, is a qualified person as defined by NI 43-101, has reviewed the scientific and technical information that forms the basis for this press release.

The securities referenced in this news release have not and will not be registered under the U.S. Securities Act of 1933 and may not be offered or sold in the United States absent registration or an applicable exemption from registration requirements.