BEIJING, Jan. 18, 2020 /PRNewswire/ -- On January 16, 2020, the "Great Sharing, New Economy-Beijing Summit of Global Sharing Economy Forum" was held at the China National Convention Center. It was sponsored by the China General Chamber of Commerce and China Association for the Promotion of Industrial Development, organized by ToJoy, and received strategic cooperation and support from the Global Alliance of Sharing Economy (GLASE) and the Institute of Industrial Economics, Chinese Academy of Social Sciences, the School of Humanities and the School of Social Sciences of Tsinghua University, Renmin Business School, and the School of Management, Xi'an Jiaotong University, etc. 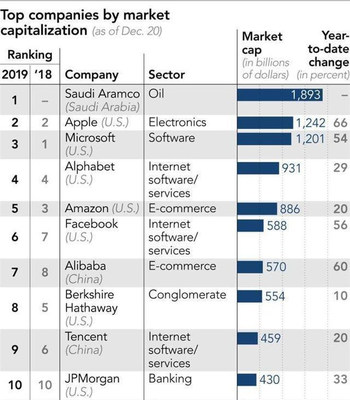 At the Summit, Jose Maria Figueres, Executive Chairman of GLASE and former President of Costa Rica, announced the "Global TOP10 Sharing Economy News in 2019." The list was compiled by the global Sharing Economy Research Institute, and led to much discussion in global business and academic circles.

According to the report, the trading volume of the Chinese sharing economy market in 2018 was 294.2 billion yuan, an increase of 41.6% over the previous year.

The number of Chinese sharing economy participants was about 760 million, of which about 75 million were service providers, a year-on-year increase of 7.1%.

The report forecasted that over the next three years, China's sharing economy would maintain an average annual growth rate of more than 30%.

Shared computing platform Pekka released its beta version this year, inviting users to make use of cloud computing services at a lower cost than traditional services.

Computing power sharing could be a breakthrough in the sharing economy. According to PEKKA's statement, about 68% of worldwide computer processing power is not fully utilized.

If these idle resources can be fully shared, not only will computer processing efficiency be greatly improved, but it will also promote the rapid development of cutting-edge technologies such as artificial intelligence, big data analysis, and blockchain.

In 2019, WeWork suffered a number of public relations crises, including its withdrawn IPO, and the stepping-down of founder Adam Newman.

By the end of the year, SoftBank Group and Goldman Sachs had spent over $11 billion USD to rescue the company, showing the continued financial support for the future of office sharing.

In the government work report at the National People's Congress in March 2019, Premier Li Keqiang pointed out that China aims to continue to support the growth of the platform and sharing economies.

The type of sharing economics China is promoting is intended to enable enterprises and individuals across the global economy to share both development opportunities and the dividends of economic globalization.

In November, the Global Sharing Economy Alliance (GLASE) was officially established in Vienna. 26 former presidents and prime ministers, 250 politician, nonprofit figures, and businessmen were present for the inauguration of GLASE: an organization officially established to connect global chambers of commerce and businesses by leveraging technology to empower them to optimize sourcing of resources, funds, talent, and more. GLASE pledges to provide one-stop partner services for enterprises to expand across global markets.

Attendees stated that many years from now, people will remember 2019 as the founding year of GLASE. This year GLASE debuted its "double reduction" strategic vision; the concept of optimizing resource and talent allocation and efficiency to enable a halving of resource and labor hour requirements for businesses that cooperate in the era of the Great Sharing Economy.

Following an IPO that was a major disappointment for many investors, former Uber CEO Travis Kalanick sold over 90% of his shares in Uber and announced he would step down from its board. Just two days later, Uber's rival Lyft announced that it would launch a shared electric bicycle business in San Francisco, planning to deploy 4,000 electric bicycles by April.

Though is the originator of the shared ride-hailing platform, which disrupted the global travel industry and inspired subsequent competitors. Uber's 2019 results have shown that the sharing economy is no exception to the rule of survival of the fittest and the need for sharing economy companies to continuously innovate.

To clearly articulate the foundational principles of Great Sharing Economy Economic Theory, sharing economy experts Jun Ge and Guo Yukuan published a book that will serve as the guide for many businesses and governments that wish to transition into the Great Sharing Economy to improve their future.

As the book has stimulated much discussion already with its English version, more translations and local editions are expected soon.

New York City patients now have access to on-demand services provided by many doctors through house-call appointment platforms. Companies such as Heal and MediCast represent a new generation of tech-enabled companies that provide such services. Many are optimistic about the industry's chances to produce new tech giants such as Amazon and Uber that can change the way people live.

For now, the shared medical treatment only leverages the available time of doctors into value, but some see this is as just the tip of the iceberg for optimizing sharing of medical resources

9. Sharing economy pioneer Airbnb announces plans to be listed in 2020

Since its launch in 2008, Airbnb has expanded to 100,000 cities in approximately 190 countries around the world, with over 500 million guests served. As of September 15, 2019, users have earned more than $ 80 billion in revenue through the Airbnb platform.

Airbnb announced that the platform has been profitable for two consecutive years and is expected to go public available in 2020.

10. Seven of the TOP 10 Global Companies by Market Capitalization Are Companies with Sharing Platforms

The Nikkei Asian Review compiled a global company market capitalization list on December 20, 2019. Several of the top ten companies count digital platforms as a major part of their business models.

On these platforms, APPs, software, product information, social networks, etc. are shared by users around the world, so the market value of these companies is essentially generated by a variety of shared content.

It should be noted that the founding of GLASE and the introduction of the strategic vision of the "double 50% reduction," i.e. reduction of global new resource consumption and labor hours by 50% respectively, indicate a positive direction for the development of the sharing economy. Perhaps the Great Sharing Economy based on co-creation, collaboration and win-win results will soon become the norm of this era. 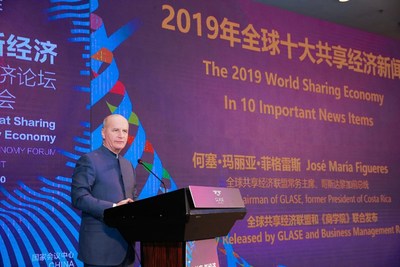