Brampton, Ontario--(Newsfile Corp. - February 12, 2020) - Star Navigation Systems Group Ltd. (CSE: SNA) (CSE: SNA.CN) ("Star' or the "Corporation") announced in a press release dated January 22, 2020, that the Commercial Court of the Ontario Superior Court of Justice (the "Court") had ordered that an Annual General and Special Meeting of the shareholders of Star be held on March 9, 2020 ( the "March 9/20 AGM") .

The Court further ordered that if Star's audited financial statements for the financial year ended June 30, 2019 were not available for circulation in accordance with applicable timing rules, Star had leave to adjourn its March 9/20 AGM for no more than thirty days in order to complete preparation of those financial statements.

It has now been determined that the June 30, 2019 audited financial statements will not be available in time for the March 9/20 AGM. Therefore, in accordance with the Order of the Court, the next Annual General and Special Meeting of the shareholders will be held April 8, 2020.

Shareholders will receive a Notice of Meeting, Management Information Circular and Proxy regarding the March 9/20 AGM and should note that the revised date of meeting is April 8, 2020.

"I have only been Star's Interim CEO since December 11, 2019 but in that short time, I have seen its potential. With its product suite, both current and in development, proper and experienced management, the support of a fresh, experienced and engaged Board of Directors and a staff that is committed to a vision of excellence, I am very excited about Star's future.

I encourage all shareholders to, where possible, personally attend the April 8, 2020 AGM, meet the new Board of Directors and participate fully in Star's future success."

About Star Navigation:
Star Navigation Systems Group Ltd. owns the exclusive worldwide license to its proprietary, patented In-flight Safety Monitoring System, STAR-ISMS , the heart of the STAR-A.D.S. and of the STAR-ISAMM / STAR-LSAMM Systems. Its real-time capability of tracking performance trends and predicting incident-occurrence enhances aviation safety and improves fleet management while reducing costs for the operator.

Stars' subsidiary, Star-Isoneo Inc., is a specialised software firm, developing complex solutions in engineering, simulation and development for Canadian customers. Star-Isoneo works closely with Star in the development of the Company's MEDEVAC (STAR-ISAMM and STAR-LSAMM ) applications of the patented STAR-A.D.S. technology, and on its current R&D program with Bombardier.

Certain statements contained in this Release constitute forward-looking statements. When used in this document, the words "may", "would", "could", "will", "expected", "intend" and similar expressions, as they relate to Star or its management or board are intended to identify forward-looking statements. Such statements reflect Star's current views with respect to future events and are subject to certain risks, uncertainties and assumptions. Mr. Viraf Kapadia's outstanding litigation and the process initiated by Mr. Kapadia for his personal interests under the Bankruptcy and Insolvency Act are risks to Star. Many other factors could cause Star's actual performance or achievements to vary from those described herein. Should one or more of these factors or uncertainties materialize, or should assumptions underlying forward-looking statements prove incorrect, actual results may vary materially from those described herein as intended, planned, anticipated, believed, estimated or expected. Star does not assume any obligation to update these forward-looking statements, except as required by law.

To view the source version of this press release, please visit https://www.newsfilecorp.com/release/52371 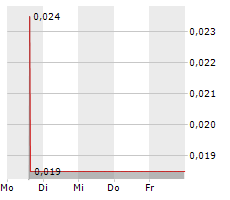