Vancouver, British Columbia--(Newsfile Corp. - April 2, 2020) - InZinc Mining Ltd. (TSXV: IZN) (the "Company" or "InZinc") is pleased to announce amendments to the option agreement dated October 17, 2016 (the "Original Agreement") between the Company and Pac Shield Resources Inc. ("PSR") on the Indy Sedex project in central British Columbia (see news release NR2016-6) which frees the Company of any cash commitments until at least January 31, 2021 and extends the total option term by an additional year. The Company has the right to earn a 100% interest in the Indy project.

The Company believes that the Indy project provides multiple opportunities for discoveries of large-scale sedimentary hosted exhalative (Sedex) type deposits in an easily accessible and unexplored region of central British Columbia. The project comprises a large claim position (25km strike) with discoveries of shallow mineralization in the 2018 drill program and over 5 km of high-quality drill targets remaining to be tested. Highlights from the expanded 2019 exploration programs include the definition of a large new Sedex target called the Delta Horizon. The new target is located 5 km northwest of the B-9 Zone, where shallow Sedex style mineralization was discovered in 2018, including 12.33% Zn, 2.98% Pb, and 24.46g/t Ag (14.98% ZnEq) over 6.3m in hole IB18-009, and remains open for expansion.

The amendments to the Original Agreement constitute a related party transaction under Multilateral Instrument 61-101 Protection of Minority Security Holders in Special Transactions ("MI 61-101") as Mr. Kerry Curtis, a director and the Chairman of the Company, is a director and holds a controlling interest in PSR. The transaction is exempt from the formal valuation and minority approval requirements under MI 61-101 pursuant to sections 5.5(a) and 5.7(1)(a) of MI 61-101 on the basis that the transactions contemplated by the amendments has a fair market value of less than 25% of the Company's market capitalization.

InZinc is focused on growth in zinc through exploration and expansion of the advanced stage West Desert project (100%) in Utah and exploration of the early stage Indy project (100% option) in British Columbia. West Desert has a large underground resource open for expansion and has district scale exploration potential. A West Desert preliminary economic assessment completed in 2014 forecasted 1.6 billion pounds of zinc production over 15 years. Byproducts would include copper, magnetite and indium, the latter being identified by the United States in 2017 as a critical mineral. West Desert is well located with easy access and existing infrastructure. The Indy Sedex project comprises near surface discoveries, large untested exploration targets and regional discovery potential. Indy is readily accessible by road from Prince George, the major hub for transportation and heavy industry in central British Columbia and is located 85km south of the Canadian National Railway.

To view the source version of this press release, please visit https://www.newsfilecorp.com/release/54040 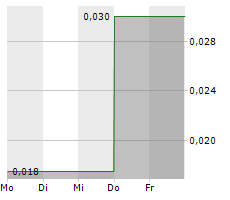