SHANGHAI, May 23, 2020 /PRNewswire/ -- Shanghai Electric is now celebrating the 27th anniversary of its entering Pakistan markets since 1993. Yesterday was itself a related anniversary, making 69 years since China established diplomatic relations with Pakistan. Shanghai Electric, representing the first batch of Chinese companies entering the market, has generated a string of milestone projects in categories that include thermal power, nuclear power, and Power Transmission and Distribution under the umbrella of the China-Pakistan Economic Corridor (the "CPEC"). 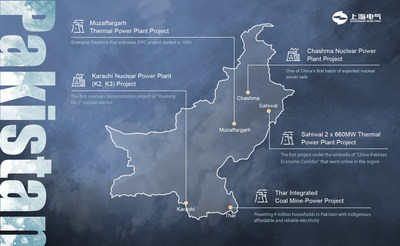