NEW YORK, NY / ACCESSWIRE / June 23, 2020 / In a first-of-its-kind endeavor to bring chess and blockchain together, Algorand has announced on June 18, 2020, that World Chess will record official ratings and titles of players on the Algorand blockchain. Algorand's decentralized network will reflect all such data in real-time and ensure its complete accuracy and security. 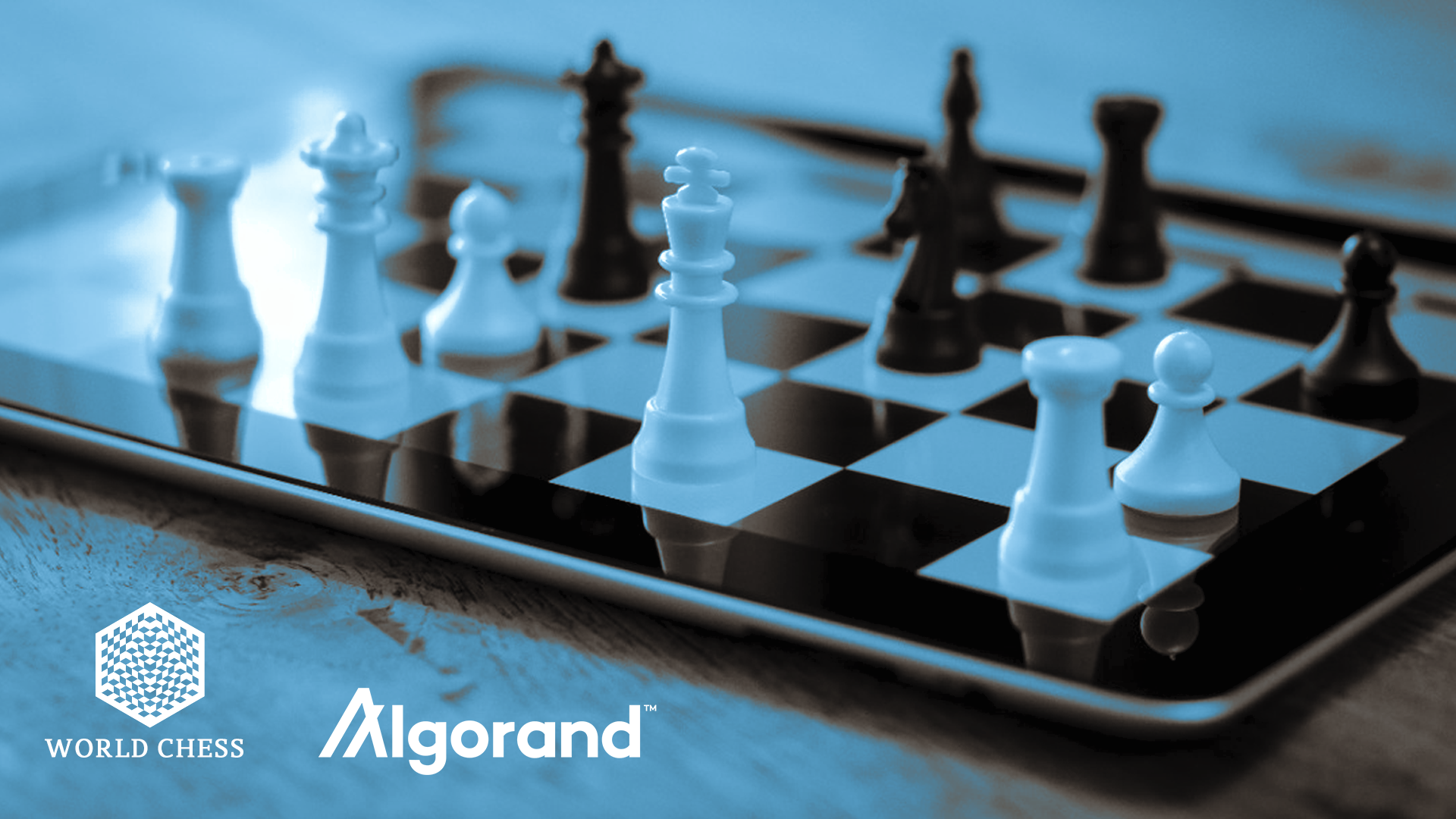 The digital chess platform called FIDE Online Arena is designed by World Chess, where players can participate in official chess games to compete for ranks and titles as per FIDE rules. Replacing the existing system, the joint venture with Algorand allows World Chess to synchronize millions of players' data on-chain and make the official ratings universally accessible to every other chess platform and media site.

Being an open-source, public blockchain, Algorand brings complete transparency, reliability, and automation into the online chess ecosystem through its decentralization technology. Since all player ratings are now verified on the blockchain, the players' data will be completely protected against any fraudulent activity, making it a tamper-proof database. The transparent reporting, coupled with the open access to the data for the community, will encourage more players to join the FIDE Online Arena with confidence.

Algorand offers enterprise-level scalability and throughput of over 1,000 transactions per second. Leveraging on such features, World Chess will be able to accommodate the growing number of players' data and ensure that ratings are verified and recorded near-instantly all the time. Algorand blockchain also enables World Chess to develop an enriching digital chess ecosystem by including added features such as internal currency, incentives and rewards for the chess community, and blockchain-based live betting.

Algorand and World Chess entered into a partnership back in July 2019, to popularize the adoption of the two growing fields by working in synergy. Six months back, World Chess launched a hybrid IPO (an STO i.e. Security Token Offering followed by an IPO) on the Algorand blockchain.

"We are beyond thrilled to partner with FIDE Online Arena and World Chess to bring digital chess ratings onto the Algorand blockchain for the first time." He further added, "This historic moment brings the blockchain community one step closer to mainstream adoption, as a widely popular competitive game like chess leverages distributed ledger technology to serve as the official record for the trust of millions of online chess players and fans."

On June 17, 2020, World Chess hosted the first-ever chess game recorded on the Algorand blockchain. The inauguration match was played between Algorand founder Silvio Micali and Russian grandmaster Sergey Karjakin, who won the round. It was hosted by Michael Kopilkov of Cointelegraph, where he shared optimism about what the FIDE-Algorand collaboration means for the future.

Algorand's success with World Chess showcases its effectiveness in the world of digital gaming and therefore validates the blockchain's capability to deliver. This is going to reassure other venture partners of Algorand positively. With such an achievement under its belt, Algorand is expected to work its way up in different spaces such as IoT, DeFi exchanges, Peer-to-peer transactions, and Messaging with added confidence and vigor.

Algorand Inc. has developed Algorand blockchain - a permissionless open-source public blockchain based on its innovative PPoS or Pure Proof of Stake consensus mechanism. Created by the Turing award-winning renowned cryptographer and MIT professor Silvio Micali and his team, the company strives to empower enterprises to adopt Decentralized Finance (DeFi), bring various assets on-chain, and provide reliable privacy models. The Algorand protocol is developed to offer an unparalleled balance between scalability, decentralization, and security through blockchain and promote a borderless economy.

FIDE Online Arena is FIDE's official online chess platform operated by World Chess. Players around the globe can participate in official tournaments here for official online ratings and titles. Launched in 2014, FIDE Online Arena has gone through subsequent feature upgrades, including various forms of championships and tournaments. It uses a FIDE-approved anti-cheating software and an Artificial Intelligence behavior-tracking module to uphold fair play.

Check out myfide.net to play.

A London-based media company, World Chess is the commercial partner of FIDE and in-charge of broadcasting all FIDE events. The company has helped chess revolutionize and popularize across the globe. It has organized World Championship chess matches in the USA, UK, and Russia and currently developing a chess league called Armageddon for television.