Half-year figures in line with expectations. Significant sales leaps should be achieved in the second half of 2020. Target price confirmed: CAD 2.20, rating: Buy.

In the first six months of the current financial year, sales revenues increased significantly by 580.0% to CAD 0.33 million (previous year: CAD 0.05 million). This was due to the good sales start into the 2020 financial year, although sales and in particular production were significantly restricted due to the corona crisis. A total of 47 units were delivered in the first half of 2020. While sales revenues of CAD 0.31 million were generated in the first quarter of 2020, there were no significant sales contributions in the second quarter. We had already anticipated this development, as the production facility had to remain closed. Currently, production has restarted and we expect significant sales increases in the second half of the year. dynaCERT has maintained the existing employee structure even during the COVID crisis and has received governmental support in the amount of CAD 0.44 million.

As already described in the research report of August 10, 2020, it was announced on May 11, 2020 that KarbonKleen Inc. has been granted exclusive dealer rights for the truck sector in the USA. KarbonKleen receives regional exclusivity and in return has to purchase at least 150,000 HydaGENTM units over the next three years. The first order for 3,000 units was placed on May 9, 2020.

The company also has a wholly owned subsidiary called dynaCERT International Strategic Holdings Inc. ('DISH') to realize international investments in relevant technologies and sales commitments and to implement the subscription model for the dynaCERT units. Thus, 3,000 units were committed to KarbonKleen until December 31, 2021 under a subscription model. Furthermore, dynaCERT indirectly holds 20% of KarbonKleen via DISH. In our opinion, this is an important investment, as KarbonKleen has secured exclusive rights for the truck market in the USA. This is likely to be the most important market for dynaCERT, especially in the near future. Therefore, a 20% share in the most important target market should be very important and could turn out to be a very profitable investment.
In addition, dynaCERT has moved up from the TSX Venture Exchange to the TSX Exchange. We believe this should provide the Company with better access to capital and increased visibility.

Moreover, within the framework of homologation (homologation is a supranational system for the approval of motor vehicles and vehicle parts) of the ABE acertificate of conformity in the United Arab Emirates could be achieved. Thus, this market should be well accessible now.
Overall, the first half of the year was in line with expectations, and with the resumption of production it should also be possible to achieve significant sales increases in the second half of 2020.
Production was stopped in the first half of the year and should have resumed in the meantime (August 2020). The company has also started offering leasing solutions. As a result, sales revenues will be lower in the short term, but the margin will be significantly higher, as recurring sales can be booked almost entirely as revenue once the break-even point has been reached.

With dynaCERT technology, there should be considerable savings of diesel, which should lead to strong cost reductions. Companies with a large number of diesel engines, such as logistics companies and mining companies, will particularly benefit from this. The fact is that such companies rely heavily on new technologies for ongoing cost reduction. For example, there is an adoption explosion as soon as a new technology is used. The background to this development is likely to be that market participants who use the new technology work much more efficiently and either drive other market participants out of the market or indirectly force them into adopting the new technology. This is particularly evident in the development of trailer aprons, where market penetration began in 2008. After two years, the adoption rate was already over 60%.
We assume that, on the one hand, the effectiveness of the dynaCERT technology is significantly higher than that of trailer aprons but, on the other hand, the costs are also significantly higher than for trailer aprons. According to the Canadian Council of Energy Ministers, trailer aprons cost between 1500 and 2500 CAD and achieve fuel savings of between 4 and 7%. The dynaCERT technology has shown varying degrees of fuel savings, often between 9% and 15%. This technology, with a sales price of CAD 6000, would be roughly equivalent to the price/performance ratio of trailer skirts.

On the basis of this model, we have prepared our medium-term sales forecast. We expect sales to increase significantly to CAD 32 million in 2020, followed by CAD 200 million in 2021 and CAD 350 million in 2022. In view of our assumption regarding comparable developments in trailer skirts, our model can still be considered conservative. At the same time, the management is also relying on leasing models in addition to selling the systems. Leasing should enable the company to penetrate the market much faster, as this is much less capital intensive for customers. However, in the short term, this leads to lower sales at dynaCERT, as the annual leasing rate is lower than the one-time sales price. In the long term, the proportion of recurring sales will increase, which should also make a high contribution to earnings.

Anticipated order fulfillment is approximately 2,500 units and a further 3,000 units in the subscription model. We assume that one unit will be sold at a price of CAD 6,000 and that the leasing will pay for itself in about two years. A capacity limit should not be a limiting factor for the coming years. Currently, the company can produce about 2,000 units per month, or 24,000 units per year, which corresponds to a turnover of about 144 million CAD. This would correspond to one production shift. With three shifts, the capacity could be tripled, i.e. increased to 432 million CAD turnover. We assume that the production line can also be expanded in the medium term, so that no capacity limits are reached.

dynaCERT has announced that it is now active in the FreightTech market. FreightTech should be an excellent fit for dynaCERT's portfolio as it addresses very similar customers. This should allow the company to create even more attractive offerings for customers, which could further accelerate the pace of growth in the future.

Our current sales forecast does not yet take into account the enormous potential of CO2 certificates 'Carbon Credits'. This business area could be even more profitable in the future than the classic sale of dynaCERT equipment. By reducing the fuel consumption of diesel engines while at the same time reducing carbon emissions and other pollutants, the dynaCERT technology can become very lucrative with the world-wide market acceptance of the CO2 certificates. For example, it is estimated that a class 8 truck can generate up to EUR2,500 per year (3,918 CAD/year) in emission credits at a market price of EUR25/t CO2. We see this step as the next stage of development for the company and this would again lead to a significant increase in sales revenues.

On the earnings side, we expect dynamic development since, on the one hand, the gross margin is very high at 50% and, on the other hand, the leasing model should generate high recurring revenues at very low variable costs. We assume that costs will remain largely stable and develop disproportionately low. In addition, the gross margin should continue to rise in the medium term, as the unit costs for an increasing number of units should continue to fall. In the R&D area, we continue to expect cost increases, as technology is expected to continue to develop continuously. Furthermore, we assume that business development costs will also continue to rise.

In view of the as-yet-unanticipated income from emission credits, we have prepared an income forecast based on the units sold. Currently, we expect after-tax earnings of CAD -1.34 million in the current fiscal year 2020 and CAD 21.76 million in 2021, followed by CAD 40.10 million in 2022. 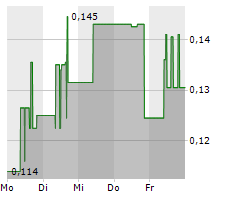