Verallia (Euronext Paris: VRLA) signed today an amendment to the liquidity agreement entered into with Rothschild Martin Maurel on December 20, 2019 and which entered into force on January 6, 2020, in compliance with the provisions of Regulation (EU) No. 596/2014 of the European Parliament and of the Council of April 16, 2014, Commission Regulation (EU) No. 2016/908 of February 26, 2016, articles L. 225-209 et seq. of the French Commercial Code, Decision No. 2018-01 of July 2, 2018 of the French Financial Markets Authority (the AMF Decision) and the provisions referred to therein.

The execution of the liquidity agreement may be suspended under the conditions set out in Article 5 of the AMF Decision. It may also be suspended at Verallia's request for technical reasons, such as the counting of shares with voting rights before a General Meeting or the counting of shares giving entitlement to dividends before their detachment, for a period specified by Verallia.

About Verallia- Verallia is the leading European and the third largest producer globally of glass containers for food and beverages, and offers innovative, customised and environmentally friendly solutions.
The Group posted €2.6 billion in revenue and produced 16 billion bottles and jars in 2019. Verallia employs around 10,000 people and comprises 32 glass production facilities in 11 countries.
Verallia is listed on compartment A of the regulated market of Euronext Paris (Ticker: VRLA ISIN: FR0013447729) and is included in the following indices: CAC Mid 60, CAC Mid Small and CAC All-Tradable. More information is available at: www.verallia.com 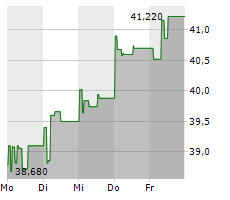