To date, PSP Swiss Property has managed the challenges due to the corona crisis well. The lockdown in spring 2020 had - due to rental income structure - only a minor impact on the quarterly results. The extent to which the measures taken by the authorities since the end of October 2020 to combat coronavirus will affect the population and the economy remains unclear. Nevertheless, PSP Swiss Property considers itself well positioned for the current year due to its high-quality portfolio and its solid capital structure. Ebitda and vacancy rate guidance is confirmed.

End of September 2020, we acquired three attractive commercial buildings in Geneva's prime downtown location for CHF 295 million (CHF 304.1 million including transaction costs). The three adjacent properties are located at Rue de la Confédération 2 (8 100 m2 rental space), Rue de la Corraterie 5/7 (5 400 m2) and Rue de la Cité 6 (2 100 m2). The substance of the properties is very good and the location between the banking quarter, the old town and the prestigious Rue du Rhône is highly frequented. The main tenant is the seller UBS; smaller areas are let to five small companies. UBS will maintain its branch office at Rue de la Confédération 2 following layout modifications in the properties over the next two years. In the medium term, UBS will return a large part of the rented space in the two properties Rue de la Corraterie 5/7 and Rue de la Cité 6. We will modernise this spaces and market them in due course.

With effect from 1 August 2020, we carried out an asset swap with Zurich Insurance Group. The commercial building at Seilerstrasse 8 in Bern with 4 500 m2 rental space was acquired for CHF 23.7 million (we already own the immediately adjacent property at Seilerstrasse 8a). As a counter transaction, the development property at Zurlindenstrasse 134 in Zurich was sold for CHF 15.0 million, resulting in a gain of CHF 7.6 million.

At the end of March 2020, we acquired a plot with a commercial building (built in 1975/1991) at Grubenstrasse 6 in Zurich (district 2) for CHF 33.5 million. We will replace the compound with a modern new building offering a mixed use (around 5 600 m2 of office and 5 900 m2 of commercial space). The investment total will amount to approximately CHF 35 million. The new property will benefit from its good location; the bus and suburban railway stations Zurich Binz are located right next to the building. We submitted the building application in mid-May 2020. Demolition work on the existing building was completed end of September 2020. The new building will be realised between 2021 and 2023.

The properties acquired at Bärenplatz in Bern in January 2019 will be extensively renovated and modernised by the end of 2021. Clearance and dismantling work was completed mid-2020. The investment sum amounts to around CHF 14 million. The ground floor and the first basement floor are intended to be used for gastronomy (around 1 100 m2), with office space above (around 1 300 m2) and some small apartments (around 900 m2) in the uppermost parts of the building. 30% of the space (gastronomy area) has already been pre-let.

The office building at Grosspeterstrasse 18 in Basel no longer meets today's requirements. Planned is a new construction with around 5 600 m2 of office space; 50% has already been pre-let to Swisscom. A further 8% of the space has been pre-let to a catering operator in Q4 2020. The investment total amounts to around CHF 34 million. In August 2020, we started the dismantling process. Completion is scheduled for the end of 2022.

The hotel project "Rue du Marché" in Geneva with an investment sum of around CHF 35 million has successfully been completed. The hotel operator citizenM started operations at the beginning of September 2020.

The total appreciation for the Q1-Q3 2020 period amounts to CHF 28.0 million. Mid-2020, the appreciation was CHF 31.1 million. Thereof, CHF 26.4 million were related to the investment portfolio and CHF 4.7 million to the sites and developments projects. At mid-2020, the portfolio's weighted average nominal discount rate stood at 3.29% (year-end 2019: 3.32%). The appreciation resulted mainly from the lower discount rate as well as from various lettings and the reduction in vacancies. In contrast, more cautious income forecasts in connection with COVID-19 had the effect of reducing the value in individual cases. In Q3 2020, there was a devaluation totalling CHF 3.2 million. This consists of appreciations of the property at Heinrich Stutz-Str. 27/29 in Urdorf and the property at Seilerstrasse 8 in Bern purchased in Q3 2020. Devaluations, due to transaction costs, were recorded for the properties at Rue de la Confédération 2, Rue de la Corraterie 5, 7 and Rue de la Cité 6 in Geneva acquired in Q3 2020.

At the end of September 2020, the vacancy rate stood at 3.3% (end of 2019: 3.5%). 0.6 percentage points of all vacancies is due to ongoing renovations. Of the lease contracts maturing in 2020 (CHF 31.7 million), 95% were already renewed. The wault (weighted average unexpired lease term) of the total portfolio was 4.2 years. The wault of the ten largest tenants, contributing around 30% of the rental income, was 5.4 years.

Earnings per share excluding gains/losses on real estate investments, which is the basis for the dividend distribution, amounted to CHF 3.48 during the reporting period (Q1-Q3 2019: CHF 3.65).

Remarks with regard to the corona crisis

The measures taken by the authorities in mid-March 2020 and at the end of October 2020 to combat coronavirus do have a severe impact on the population and the economy. How long it will take to return to normality is impossible to predict from today's perspective. This depends on how a future spread of the coronavirus can be contained and how severe the spring 2020 lockdown and current restrictions have damaged or will damage the economy.

Thanks to its broad portfolio diversification and its focus on office use, the exposure of PSP Swiss Property in the sectors affected by the official business closures is manageable (20% of rental income). Moreover, the impact on these tenants varies widely. PSP Swiss Property has approximately 2 300 tenants; thereof, around 220 were directly affected by the ordered closure of their businesses in spring 2020. About 350 tenants had applied for a deferral of payment or a rent adjustment. As an emergency measure, payment extensions were granted, if this was appropriate. Overall, rent reliefs in the amount of CHF 2.8 million were recognised during the reporting period. The level of rent collection was high at 98% in Q3 2020 (Q2 2020: 94%). As at 30 September 2020, outstanding lockdown-related rent receivables amounted to CHF 4.7 million (mid-2020: CHF 5.2 million).

In June 2020, the Federal Council was mandated by a motion to draft a law requiring a subsequent rent reduction of 60% in favour of tenants affected by the authorities' closure of their businesses. The planned regulation is intended to ensure that agreements made between tenants prior to the adoption of the law remain valid; and will apply only to monthly rents of up to CHF 20 000, with the possibility for both, the landlord and the tenants, to refuse the regulation if the monthly rent exceeds CHF 15 000. The Federal Council has drafted a law to this effect, which the National Council voted in favour of at the special session at the end of October 2020. After detailed consultation, the parliament will debate it in the December session at the earliest. The introduction of a corresponding regulation (for monthly rents up to CHF 15 000) would result in total estimated rent reliefs of additional approximately CHF 0.5 million for PSP Swiss Property.

An outlook of the Swiss economy is more difficult than ever. Most forecasts predict a decline in GDP by around 4% for 2020. It is just as difficult to anticipate the impact of the corona crisis on the real estate sector. More than ever, it must be differentiated between the various sub-segments. The situation is different for office space and other commercial properties and it varies significantly depending on the quality of their location. PSP Swiss Property expects demand for modern office space in A-locations to remain stable in the coming months. On the other hand, the market for older office buildings in B- and C-locations as well as non-food retail space, which had been challenging even before the crisis, will remain difficult for the time being.

It is yet too early for a final assessment of the impact the corona crisis will have on our business activities. However, PSP Swiss Property is well prepared for the times ahead for a number of reasons: we have a high-quality portfolio with a low vacancy rate. The main use is office space and the tenant base is broadly diversified. The development projects, most of which are already well let, will generate further growth. We also have a solid equity base and sufficient financing sources.

Report and presentation are available on www.psp.info

Access to the call: you will receive phone number, passcode and your personal PIN to directly access the call by pre-registering (required) here.

Should you have any issues with the registration, please dial the following number 10-15 minutes prior to conference start:

PSP Swiss Property owns a real estate portfolio of CHF 8.5 billion in Switzerland's main economic areas; its market capitalisation amounts to CHF 5.3 billion. The 97 employees are based in Geneva, Olten, Zug and Zurich.

Join us on LinkedIn 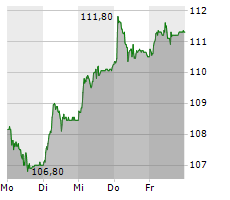