Prisoner of Conscience: a landmark new report from Grant Liberty

LONDON, Nov. 24, 2020 /PRNewswire/ -- Political prisoners in Saudi Arabia are being abused against the country's own rules and in violation of the international treaties it has signed. 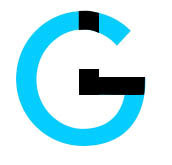 In this report, for the first time Grant Liberty analyse 309 known prisoners of conscience since the 2017 crackdown. Grant Liberty detail the women's rights activists, journalists, activists and others currently in prison. Grant Liberty describes their treatment, and the waves of arrests that have taken place over the last three years. In addition, Grant Liberty discusses those who have died in custody or paid the ultimate price - execution - for their alleged 'crimes'. The report ends with an overview of the activism taking place all around the world to secure the release of these prisoners, and a call to arms - for campaigners to redouble their efforts to set these people free.

The report begins with first person accounts by family members of those whose loved ones remain in prison - Lina al-Hathloul (whose sister, the celebrated women's rights campaigner Loujain al-Hathloul, is on hunger strike at time of writing in protest at her treatment), Areej al-Sadhan, Abudllah al-Odah and Abdullah al-Ghamdi.

The full report is attached

This report focusses on the plight of prisoners of conscience arrested from 2017 onwards under the new leadership and those whose cases continue.

To produce this report, Grant Liberty have analysed available data from NGOs, government and international agencies, and conducted direct interviews with family members of a number of prisoners.

Grant Liberty have heavily leaned on the research and publications of friends across civil society in order to bring together all available data. In particular Grant Liberty would like to thank organisations whose work made this report possible.

Although Grant Liberty have done all they can to ensure that our information is correct and up to date it must be stressed that the control the Saudi regime retains over information and free expression in the Kingdom means that the full picture is permanently obscured. As such, the data we present is likely to be an underestimate of the full scale of the barbaric treatment of prisoners of conscience in Saudi Arabia.

Grant Liberty is the advocacy arm of the charity Forgotten Women. Our funding comes individual donors from U.K, U.S and Europe.