Vancouver, British Columbia--(Newsfile Corp. - January 7, 2021) - ALX Resources Corp. (TSXV: AL) (FSE: 6LLN) (OTC: ALXEF) ("ALX" or the "Company") is pleased to announce that it has initiated an exploration review on its 100%-owned Cannon Copper Project ("Cannon Copper", or the "Project") located in Kamichisitit Township within the Sault Ste. Marie Mining District of Ontario, Canada. Cannon Copper hosts the historic Cannon Copper Mine and Mill (also known as the Crownbridge Copper Mine), which saw limited copper processing in the late 1960s and early 1970s.

ALX maintained 100% ownership since 2015 of thirteen claim units at Cannon Copper totaling 289 hectares (714 acres) following the amalgamation of Alpha Exploration Inc. and Lakeland Resources Ltd. In October 2020 and again in January 2021, the Company staked an additional 59 units and expanded the size of the Project to 72 cell units totaling 1,600 hectares (3,954 acres).

Highlights of the Cannon Copper Project

ALX is conducting a review of geophysical data available in the public domain to apply new modelling techniques to existing data, and plans to carry out a helicopter-borne airborne electromagnetic survey in 2021. New geophysical targets that could be related to the historical mineral occurrences at Cannon Copper would be followed up in the summer of 2021 by prospecting, the use of leading-edge geochemical and ground geophysical surveys, and future diamond drilling, if warranted.

The Cannon Copper property is underlain by the Gowganda Formation which is part of the Proterozoic Huronian Supergroup metasedimentary rocks of the Southern Province. Mineralization consists of chalcopyrite and pyrite, both disseminated and massive, in structurally-controlled quartz veins and in the quartz breccia zone alongside the quartz veins, with minor disseminated bornite. Minor gold values have been reported in some zones. Alteration of the host Gowganda Formation consists of chlorite, chlorite/silica, hematite and hematite/silica alteration.

Exploration is recorded from 1956 by Great Lakes Copper and later by Andover Mining & Exploration Ltd. ("Andover") from 1958 to 1960. Andover drilled 75 holes for a total of approximately 9,185 metres (30,133 feet), which outlined the mineralized zones on the property to an approximate depth of less than 150 metres (500 feet). In 1963, Crownbridge Copper Mines Limited acquired the property and drilled an additional 11,910 metres (39,077 feet) in both shallow and deep holes, testing for mineralization to a depth of over 580 metres (1,900 feet). In 1968, Cannon Mines Ltd. ("Cannon") acquired the property, sank a 245-metre (800-foot) decline and began processing material in a newly-erected mill. For unknown reasons, Cannon ceased all operations in 1972. Other companies in the early 1970s made attempts to restart operations but no further development or mineral production is recorded after 1975. A predecessor of ALX acquired the Cannon Copper property in 2012.

The technical information in this news release has been reviewed and approved by Sierd Eriks, P.Geo., President and Chief Geologist of ALX, who is a Qualified Person in accordance with the Canadian regulatory requirements set out in National Instrument 43-101. The historical mineral resource estimate quoted in this news release uses categories that are not compliant with National Instrument 43-101 ("NI 43-101") and cannot be compared to NI 43-101 categories, and is not a current estimate as prescribed by NI 43-101. Readers are cautioned that a Qualified Person has not done sufficient work to classify the estimate as a current resource and ALX is not treating the estimate as a current resource estimate.

Geochemical results and geological descriptions quoted in this news release were taken directly from assessment work filings published by the Government of Ontario. Management cautions that historical results were collected and reported by past operators and have not been verified nor confirmed by its Qualified Person, but create a scientific basis for ongoing work in the Cannon Copper area. Management further cautions that past results or discoveries on adjacent or nearby mineral properties are not necessarily indicative of the results that may be achieved on ALX's mineral properties.

ALX's mandate is to provide shareholders with multiple opportunities for discovery by exploring a portfolio of prospective mineral properties, which include gold, nickel-copper-cobalt and uranium projects. The Company uses the latest exploration technologies and holds interests in over 200,000 hectares of prospective lands in Saskatchewan, a stable Canadian jurisdiction that hosts the highest-grade uranium mines in the world, a producing gold mine, and production from base metals mines, both current and historical.

ALX owns 100% interests in the Firebird Nickel Project (now under option to Rio Tinto Exploration Canada, who can earn up to an 80% interest), Flying Vee Nickel/Gold and Sceptre Gold projects in northern Saskatchewan, the Vixen Gold Project, the Electra Nickel Project and the Cannon Copper Project located in historic mining districts of Ontario, Canada, and the Draco VMS Project in Norway. ALX holds interests in a number of uranium exploration properties in northern Saskatchewan, including a 20% interest in the Hook-Carter Uranium Project, with Denison Mines Corp. (80% interest) operating exploration since 2016.

For more information about the Company, please visit the ALX corporate website at www.alxresources.com or contact Roger Leschuk, Manager, Corporate Communications at: PH: 604.629.0293 or Toll-Free: 866.629.8368, or by email: rleschuk@alxresources.com

On Behalf of the Board of Directors of ALX Resources Corp.

To view the source version of this press release, please visit https://www.newsfilecorp.com/release/71545 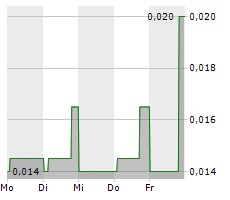