To view the full announcement, including downloadable images, bios, and more, click here. 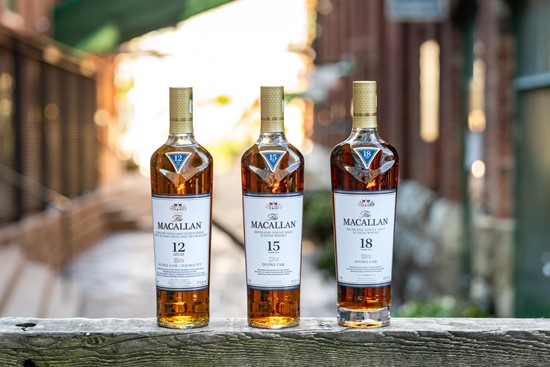 About The Macallan
Founded in 1824, The Macallan is one of the worlds' most admired and awarded single malt whiskies. The reputation of The Macallan is based on a product of outstanding quality and distinctive character. An obsession with excellence has been the hallmark of The Macallan since its founding, by Alexander Reid, on a plateau above the river Spey in north-east Scotland.

In 2018, The Macallan unveiled its new £140 million distillery and visitor experience on its Speyside estate, increasing investment in whisky, warehousing and in The Macallan's signature sherry-seasoned oak casks. The striking contemporary architecture, cut into the slope of the land, takes its cues from ancient Scottish hills. It stands nearby Easter Elchies House, the Highland Manor built in 1700 which has been The Macallan's spiritual home since 1824. The new distillery marks an important milestone, recognizing the significant journey of The Macallan since 1824 and marking an exciting new chapter in the evolution of the luxury single malt.

About Edrington
Edrington owns some of the leading Scotch whisky and rum brands in the world,The Macallan is their central focus, supported by Highland Park and TheGlenrothesin the fast-growing Single Malt category and Naked in the Blended Malt category.

Edrington is headquartered in Scotland and employs around 3,000 people in its companies and joint venture operations worldwide, with over 70% employed overseas. The company owns its route to market in 13 countries and operates the remainder through joint venture and third-party agreements.

About BEAM SUNTORY INC.
As the world's third largest premium spirits company, Beam Suntory is Crafting the Spirits Brands that Stir the World. Consumers from all corners of the globe call for the company's brands, including the iconic Jim Beam and Maker's Mark bourbon brands and Suntory whisky Kakubin, as well as world renowned premium brands including Knob Creek bourbon, Yamazaki, Hakushu and Hibiki Japanese whiskies, Teacher's, Laphroaig, and Bowmore Scotch whiskies, Canadian Club whisky, Courvoisier cognac, Sauza tequila, Pinnacle vodka and Midori liqueur.
Beam Suntory was created in 2014 by combining the world leader in bourbon and the pioneer in Japanese whisky to form a new company with a deep heritage, passion for quality, innovative spirit and commitment to Growing for Good. Headquartered in Deerfield, Illinois, Beam Suntory is a subsidiary of Suntory Holdings Limited of Japan. For more information on Beam Suntory, its brands, and its commitment to social responsibility, please visit www.beamsuntory.com and www.drinksmart.com

To view the source version of this press release, please visit https://www.newsfilecorp.com/release/71784