Under the liquidity contract with EUTELSAT COMMUNICATIONS (Paris:ETL) at EXANE BNP PARIBAS, at the settlement date of 31 December 2020, the following assets appeared on the liquidity account:

During the 2nd half 2020, the following transactions were recorded:

It is recalled that:

1. At the last biannual report (30 June 2020) the following assets appeared on the liquidity account:

2. During the 1st half 2020, the following transactions were recorded:

Founded in 1977, Eutelsat Communications is one of the world's leading satellite operators. With a global fleet of satellites and associated ground infrastructure, Eutelsat enables clients across Video, Data, Government, Fixed and Mobile Broadband markets to communicate effectively to their customers, irrespective of their location. Over 6,600 television channels operated by leading media groups are broadcast by Eutelsat to one billion viewers equipped for DTH reception or connected to terrestrial networks. Headquartered in Paris, with offices and teleports around the globe, Eutelsat assembles 1,000 men and women from 46 countries who are dedicated to delivering the highest quality of service. Eutelsat Communications is listed on the Euronext Paris Stock Exchange (ticker: ETL). For more about Eutelsat go to www.eutelsat.com. 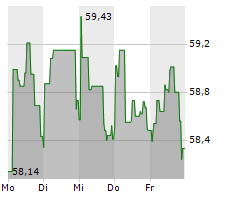