VANCOUVER, BC / ACCESSWIRE / February 4, 2021 / Ximen Mining Corp. (TSXV:XIM)(FRA:1XMA)(OTCQB:XXMMF) (the "Company" or "Ximen") is pleased to announce that that it will fly an airborne geophysical survey over its properties at Greenwood in southern British Columbia. 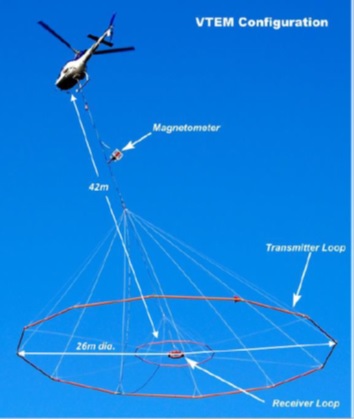 The survey will cover mineral claims held near the town of Greenwood, mainly including the Providence and Bud-Elk properties. The total area to be surveyed is 1,321 hectares for a total of 157 line-kilometers. The survey is expected to be carried out in early February, with results to be delivered within 8 weeks of the survey. The results of the survey will be used to guide exploration on the company's properties.

Ximen's Providence property adjoins the historic Providence silver mine, which produced 1,368,075 ounces of silver, 5,896 ounces of gold, 402,690 pounds lead and 260,086 pounds of zinc from 10,426 tonnes mined (BC Minfile records). A sample collected last year from the nearby historic Freemont mine dump on Ximen's ground returned values of 435 grams per tonne silver (12.7 ounces per ton) and 4.4 grams per tonne gold, with 0.22% lead (see release dated Oct 19, 2020). Massive sulphide containing copper and silver mineralization has also been identified on Ximen's property (2018 grab sample assayed 0.23% copper and 3.4 g/t silver). The planned geophysical survey will outline significant conductive bodies related to massive sulphide occurrences and will identify or benefit the interpretation of geological structures related to vein-type mineralization.

Ximen's Bud-Elk property was acquired in 2019 and lies 500 metres from the historic Motherlode mine, which produced 21,405,520 grams of silver, 5,390,837 grams of gold, and 34,915,323 kilograms of copper from 4,245,875 tonnes mined (BC Minfile). Calculated grades are 5.0 g/t Ag, 1.3 g/t Ag, 0.82% Cu. Mineralization at Motherlode consists of zones of chalcopyrite, pyrite and magnetite and is classified as skarn-type. The Bud-Elk property covers known mineral occurrences grouped into two styles of mineralization; skarn-type copper-gold mineralization occurs at the Morrison mine, and porphyry copper-gold mineralization occurs at the Buckhorn and Moreen showings. The historic Morrison produced 7.15 kilograms of gold, 26.0 kilograms of silver and 10.7 tonnes copper from 2,647 tonnes (calculated grades are 2.7 grams per tonne gold, 9.8 grams per tonne silver and 0.4% copper). Results obtained by previous owners include 43.5 metres grading 0.37% Cu and 0.60 g/t Au and 45.0 metres grading 0.57% Cu and 0.40 g/t Au from trenching at the Buckhorn in 2008. At the Moreen, 2008 trenching exposed 32 metres grading 0.23% Cu and 0.12 g/t Au. These results demonstrate significant gold and copper values in mineralization consistent with models for large copper-gold porphyry and related skarn deposits. The airborne survey is expected to outline the distribution of magnetic host intrusions, magnetic skarn mineralization, and any significant conductive massive sulphide bodies. 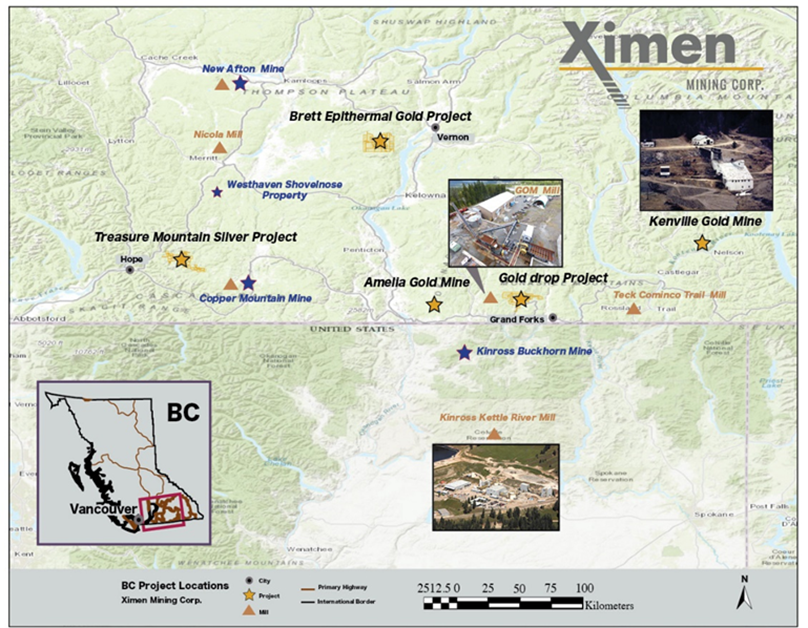