VANCOUVER, BC / ACCESSWIRE / February 4, 2021 / Ximen Mining Corp. (TSXV:XIM)(FRA:1XMA)(OTCQB:XXMMF) (the "Company" or "Ximen") The Company is pleased to announce that it has closed a financing for gross proceeds of $365,547 The non-brokered private placement consisted of 1,218,493 units at a price of $0.30 per unit. Each Unit consists of one common share and one transferable common share purchase warrant. Each whole warrant will entitle the holder to purchase, for a period of 36 months from the date of issue, one additional common share of the Issuer at an exercise price of $0.45 per share. The hold expiry date for the placement is June 5, 2021. The net proceeds from the private placement will be used for the further exploration on the Company's British Columbia mineral properties and general working capital.

The closing of the private placement financing is subject to final TSX-V approval. 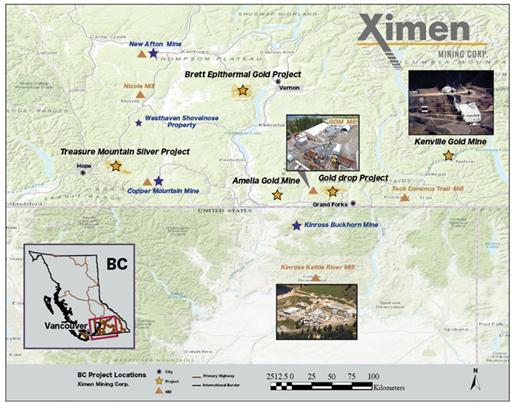