VANCOUVER, BC / ACCESSWIRE / February 12, 2021 / Ximen Mining Corp. (TSXV:XIM)(FRA:1XMA)(OTCQB:XXMMF) (the "Company" or "Ximen") is pleased to announce results from prospecting samples collected at its properties near the Kenville Gold Mine, Nelson, British Columbia. 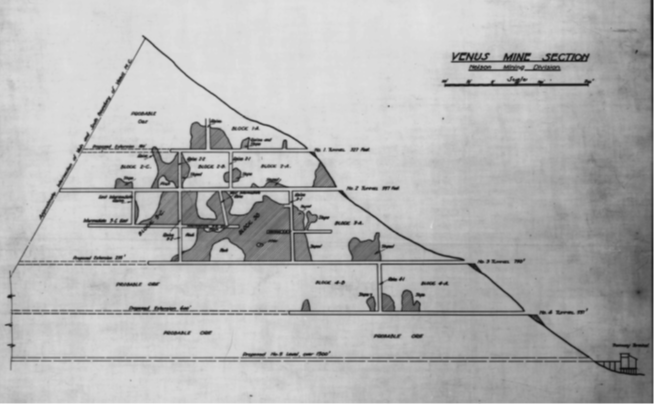 Image of historic Venus mine longitudinal section showing mine levels and areas mined.

Analytical results were received recently from rock samples collected last season on claims surrounding the company's Kenville Mine near Nelson, BC. Approximately one week was spent examining the main showings in the Nelson area and a total of 18 rock chip grab samples were collected. Results were obtained for 9 samples to date, four of which returned significant gold results, with two also significant in copper and silver (see table below). 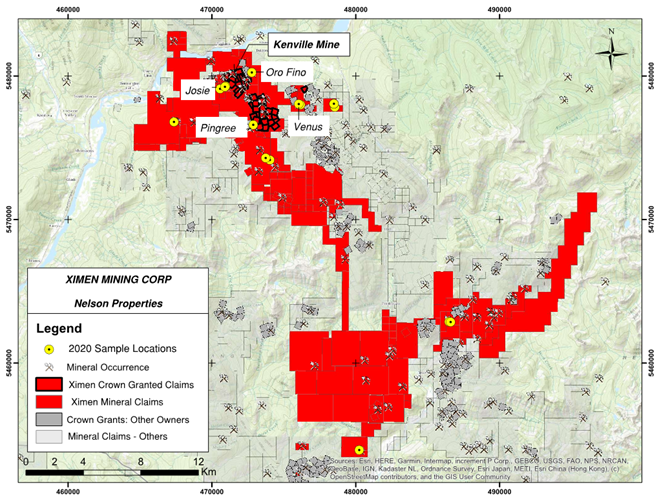 The highest value was obtained from the Venus showing. Between 1900 and 1941 the historic Venus and Juno mines produced 3,444 ounces gold, 3,070 ounces silver plus minor lead and copper from 5,411 tonnes mined. Calculated grades are 19.8 grams per tonne gold and 17.6 grams per tonnes silver. Quartz veins are mineralized with pyrite and minor galena and sphalerite. The veins vary from a few centimetres to over 1 metre in width and locally occur as quartz stringers in sheared rock. Two main veins were mined; the Venus vein and the Juno vein, which is oriented almost at right angles to the Venus vein. 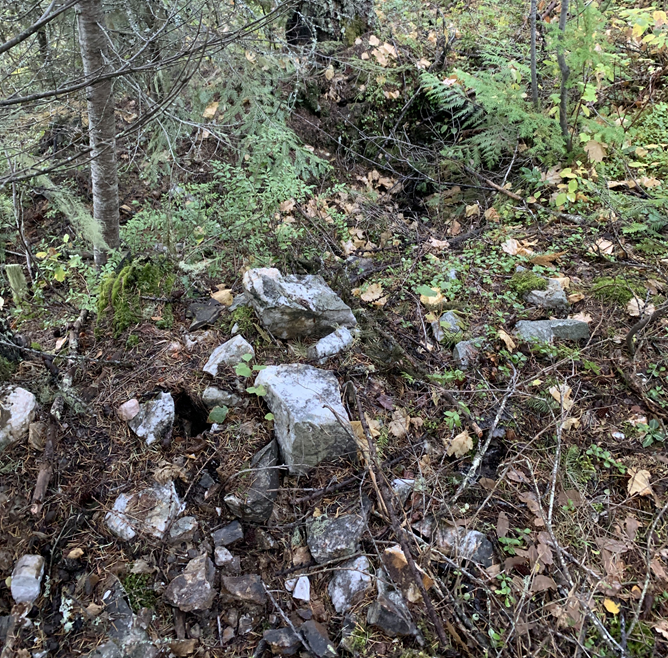 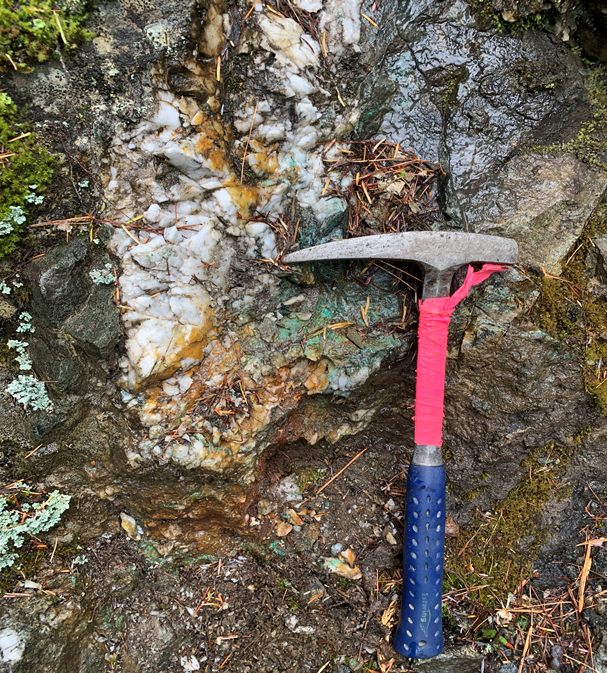 Photo looking south at quartz vein outcrop showing malachite staining. Vein is mineralized with pyrite and chalcopyrite, from the Josie showing about 1.5 km southwest of the Kenville Gold Mine.

The Josie showing is situated about 1 km southwest of the Kenville mine. An east-west-striking quartz vein approximately 10 metres in width, hosted by pseudodiorite and mineralized with chalcopyrite is documented in the BC Minfile. The Minister of Mines Annual Report for 1899 records an assay from this property as 5 per cent copper, 240 grams per tonne silver and 15 grams per tonne gold. The 2020 sample was collected from a quartz vein 0.15 meters thick that strikes 040 and dips 40 southeast.

Results for the remaining 9 samples are pending. In the meantime, Ximen will apply for permits for exploration on the properties surrounding the Kenville mine. Planned activities will include geological and geochemical surveys, ground geophysics, trenching and surface diamond drilling.

Ximen is proceeding with its plan to develop the Kenville mine, with permitting for new underground mine development expected to be finalized this spring. 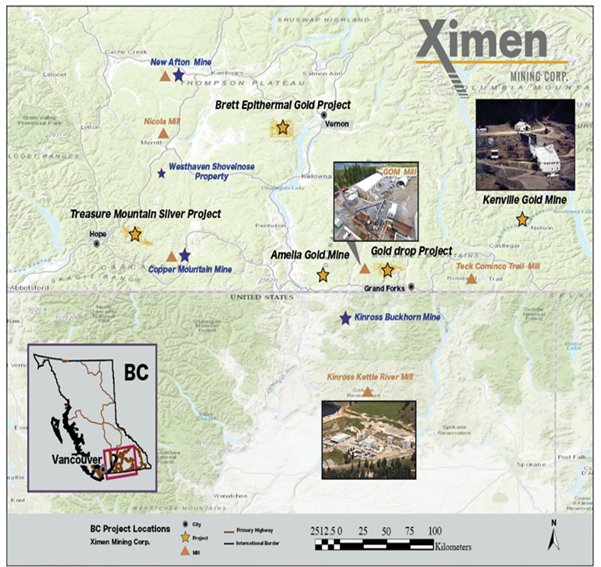