FIRST MAJESTIC SILVER CORP. (AG: NYSE; FR: TSX) (the "Company" or "First Majestic") is pleased to announce the consolidated financial results for the Company's fourth quarter and year ended December 31, 2020. The full version of the financial statements and the management discussion and analysis can be viewed on the Company's website at www.firstmajestic.com, on SEDAR at www.sedar.com and EDGAR at www.sec.gov. All amounts are in U.S. dollars unless stated otherwise.

- Generated robust revenues of $363.9 million primarily due to strong silver production and higher metal prices in the second half of 2020 which helped to offset reduced revenues in Q2 2020 due to Mexico's national COVID-19 shutdown.

- Mine operating earnings of $105.1 million primarily due to higher silver and gold prices, as well as shifting a greater portion of production to its larger and lower cost operations.

- Adjusted net earnings of $37.4 million, or $0.18 per share, after excluding non-cash or unusual items.

- Adjusted net earnings $24.2 million, or $0.11 per share, after excluding non-cash or unusual items.

"First Majestic finished 2020 with strong silver production and solid financial results despite the early challenges related to the COVID-19 global pandemic," stated Keith Neumeyer, President and CEO of First Majestic. "We generated 87% of our $105.1 million in operating earnings in the second half of 2020 primarily due to higher silver production and an improved metal price environment. This significant increase in profitability helped to lift our cash balance to a record $238.6 million at the end of the year. We also announced our inaugural dividend policy at the end of 2020 which was a major milestone and something I am particularly proud of as this has been a long-term objective of the Company. Looking ahead, we continue to expect higher prices as silver supplies tighten due to increases in investor demand and the longer-term global transition to greener energy and electric vehicle solutions."

(1) The Company reports non-GAAP measures which include cash costs per ounce produced, all-in sustaining cost per ounce, total production cost per tonne, average realized silver price per ounce sold, working capital, adjusted EPS and cash flow per share. These measures are widely used in the mining industry as a benchmark for performance, but do not have a standardized meaning and may differ from methods used by other companies with similar descriptions.

Full year revenues totaled $363.9 million as higher silver and gold prices were offset by reduced production rates due to Mexico's national COVID-19 suspensions and reduced worker availability. The average realized silver price increased 29% to $21.15 per ounce during the year compared to $16.40 in 2019. However, strong silver production from La Encantada and San Dimas in the second half of 2020 helped to also offset some of the production losses resulting from the COVID-19 shutdowns in the second quarter of 2020. At the end of 2020, approximately 9% of the Company's workforce at its three operating mines remained vulnerable under Mexico's national decree, an improvement from 18% at the end of the second quarter.

Adjusted EPS (non-GAAP), normalized for non-cash or unusual items such as impairment of non-current assets, share-based payments and deferred income taxes for the year ended December 31, 2020 was $0.18 compared to $0.04 in 2019.

The Company ended 2020 with $238.6 million in cash and cash equivalents compared to $169.0 million at the end of 2019. In addition, the Company ended the year with working capital of $254.4 million compared to $171.1 million at the end of 2019. The increase in cash and cash equivalents was primarily attributed to $79.7 million generated from its operating activities, $126.1 million raised through prospectus offerings and its "at-the-market distributions" equity financing program, proceeds of $14.0 million from exercise of stock options, net of $127.1 million spent on investing activities primarily relating to mining interests and property, plant, and equipment.

Cash cost per ounce in the year was $5.09, a slight decrease compared to the previous year. The decrease in cash cost was primarily due to cost savings from the suspension of higher cost mines in 2019 and a 12% weaker Mexican Peso, partially offset by lower by-product credits and decrease in production attributed to the COVID-19 suspensions, as well as higher mining contractor costs and COVID-19 related costs.

AISC per ounce in 2020 was $13.92, compared to $12.64 in the previous year. The increase in AISC per ounce was primarily attributed to an increase in fixed overhead costs, such as general and administration expenses and annual workers participation benefits, being divided by 12% less silver ounces produced due to the required COVID-19 suspensions.

Total production in the fourth quarter of 2020 reached 5.5 million silver equivalent ounces, consisting of 3.5 million ounces of silver and 26,343 ounces of gold. Quarterly silver and gold production increased 9% and 2%, respectively, compared to the prior quarter.

The Board of Directors have appointed Mr. Thomas Fudge as a Director of the Company effective February 17, 2021.

"On behalf of the Board of Directors, I am pleased to welcome Thomas to the First Majestic team," said Keith Neumeyer, President & CEO. "Thomas's wealth of mining and construction experience will make him a valuable contributor to the Board as we work towards our goal of becoming a 30 million ounce producer."

As previously announced on December 7, 2020, the Board of Directors had adopted a dividend policy under which the Company intends to pay quarterly dividends of 1% of net revenues commencing after the completion of the first quarter of 2021. The initial quarterly payment for the first quarter of 2021 is expected to be paid in May. In accordance with the rules of the Toronto Stock Exchange the Company will issue a press release at the time each quarterly dividend is declared. This dividend is an eligible dividend for the purposes of the Income Tax Act (Canada).

First Majestic is a publicly traded mining company focused on silver production in Mexico and is aggressively pursuing the development of its existing mineral property assets. The Company presently owns and operates the San Dimas Silver/Gold Mine, the Santa Elena Silver/Gold Mine and the La Encantada Silver Mine. Production from these mines are projected to be between 12.5 to 13.9 million silver ounces or 20.6 to 22.9 million silver equivalent ounces in 2021.

This press release contains "forward-looking information" and "forward-looking statements" under applicable Canadian and U.S. securities laws (collectively, "forward-looking statements"). These statements relate to future events or the Company's future performance, business prospects or opportunities that are based on forecasts of future results, estimates of amounts not yet determinable and assumptions of management made in light of management's experience and perception of historical trends, current conditions and expected future developments. Forward-looking statements include, but are not limited to, statements with respect to: the Company's business strategy; future planning processes; commercial mining operations; cash flow; budgets; capital expenditures; the timing and amount of estimated future production; recovery rates; mine plans and mine life; the future price of silver and other metals; costs; costs and timing of the development of new deposits; capital projects and exploration activities and the possible results thereof; completion of technical reports and the timing of release. Assumptions may prove to be incorrect and actual results may differ materially from those anticipated. Consequently, guidance cannot be guaranteed. As such, investors are cautioned not to place undue reliance upon guidance and forward-looking statements as there can be no assurance that the plans, assumptions or expectations upon which they are placed will occur. All statements other than statements of historical fact may be forward-looking statements. Statements concerning proven and probable mineral reserves and mineral resource estimates may also be deemed to constitute forward-looking statements to the extent that they involve estimates of the mineralization that will be encountered as and if the property is developed, and in the case of measured and indicated mineral resources or proven and probable mineral reserves, such statements reflect the conclusion based on certain assumptions that the mineral deposit can be economically exploited. Any statements that express or involve discussions with respect to predictions, expectations, beliefs, plans, projections, objectives or future events or performance (often, but not always, using words or phrases such as "seek", "anticipate", "plan", "continue", "estimate", "expect", "may", "will", "project", "predict", "forecast", "potential", "target", "intend", "could", "might", "should", "believe" and similar expressions) are not statements of historical fact and may be "forward-looking statements".

Actual results may vary from forward-looking statements. Forward-looking statements are subject to known and unknown risks, uncertainties and other factors that may cause actual results to materially differ from those expressed or implied by such forward-looking statements, including but not limited to: the duration and effects of the coronavirus and COVID-19, and any other pandemics or public health crises on our operations and workforce, and the effects on global economies and society, actual results of exploration activities; conclusions of economic evaluations; changes in project parameters as plans continue to be refined; commodity prices; variations in ore reserves, grade or recovery rates; actual performance of plant, equipment or processes relative to specifications and expectations; accidents; fluctuations in costs; labour relations; availability and performance of contractors; relations with local communities; changes in national or local governments; changes in applicable legislation or application thereof; delays in obtaining approvals or financing or in the completion of development or construction activities; exchange rate fluctuations; requirements for additional capital; government regulation; environmental risks; reclamation expenses; outcomes of pending litigation including appeals of judgments; resolutions of claims and arbitration proceedings; negotiations and regulatory proceedings; limitations on insurance coverage as well as those factors discussed in the section entitled "Description of the Business - Risk Factors" in the Company's most recent Annual Information Form, available on www.sedar.com, and Form 40-F on file with the United States Securities and Exchange Commission in Washington, D.C. Although First Majestic has attempted to identify important factors that could cause actual results to differ materially from those contained in forward-looking statements, there may be other factors that cause results not to be as anticipated, estimated or intended. 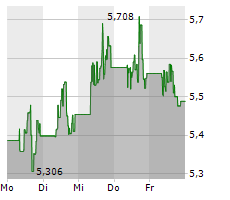