VANCOUVER, BC / ACCESSWIRE / March 1, 2021 / Goldplay Mining Inc. ("Goldplay" or the "Company"), is pleased to announce that it has appointed Mr. Jose Mario Castelo Branco as Goldplay's Exploration Manager, , an industry veteran, who among other senior roles was the Regional Exploration Manager (Europe) at Lundin Mining for over 7 years.

Mr. Branco is a senior geologist with over 38 years of experience. He is the managing partner of Geologia e Geotecnia Consultores, a boutique consulting firm specializing in mineral exploration based in Portugal. Prior to that, Mr. Branco was the Regional Exploration Manager, Europe for Lundin Mining overseeing Lundin Mining projects in Iberia and Europe. He led the team credited with discovering the new VHMS Semblana mineral deposit near Lundin's Neves Corvo mine. Prior to that he was a senior project geologist for BP Minerals/Rio Tinto and was a senior member of the team recognized with discovering of the Las Cruces Cu-Au VHMS deposit in southern Spain and in the Gralheira intrusion-related gold deposit in northern Portugal.

Mr. Branco has authored and co-authored several technical publications. He holds a Bachelor of Science in Geology from Porto University in Portugal and was a guest lecturer at the Geology Department of the Braga University.

Goldplay is also pleased to announce that it has signed a definitive agreement with European Electric Metals Inc. ("EVX"). whereby Goldplay acquired an initial 70% equity interest in EVX Portugal (an EVX subsidiary), a private Portugal based company, that has the legal rights to an exploration licence application with the Portugal Government to the Borba 2 exploration property (the "Exploration Application" or "Borba 2"), covering approximately 230 square kilometres in the Alentejo region in Southern Portugal. The Exploration Application is in the final stages of being finalized with the Portugal government.

The Exploration Application has a well-documented potential to host precious and base metals mineralization often enhanced by the presence of abundant Au and /or Cu mineral occurrences in shear zones and in epithermal systems associated with intra-Ordovician volcanics.

The Exploration Application includes a total of four separate projects including three past producing mines that covers an area of 230 square kilometers as follows.

Miguel Vacas- Past Producing Copper Mine

A historical non-compliant in-house resource estimation was completed by Rio Narcea in 2007 based on 20 historical holes and estimated:

The project remains open for exploration.

This Cu-Au mine area, located approximately 2 km south of the town of Estremoz represents a wide WSW-ESE shear zone that is developed for at least 700 m along strike and is open into both directions. This shear zone has been historically mined for Cu with most of the mining works concentrated along a thin high-grade Cu zone (<2m) averaging over 5% Cu.

The project is open for exploration.

Mineralization can be mapped about 5 km along strike and includes three main veins up to 1.3m thick within a several meter wide shear zone.

The project is open for exploration

This area Drilling has been identified by Rio Tinto during the early eighties and limited trenching and drilling have indicated the presence of gold mineralization associated with clay-sericite-silica alteration zones associated with a ENE-WSW fracture zone and represents an epithermal system identified in this sector hosted by brecciated acid volcanics and dolomites.

The project is open for exploration. 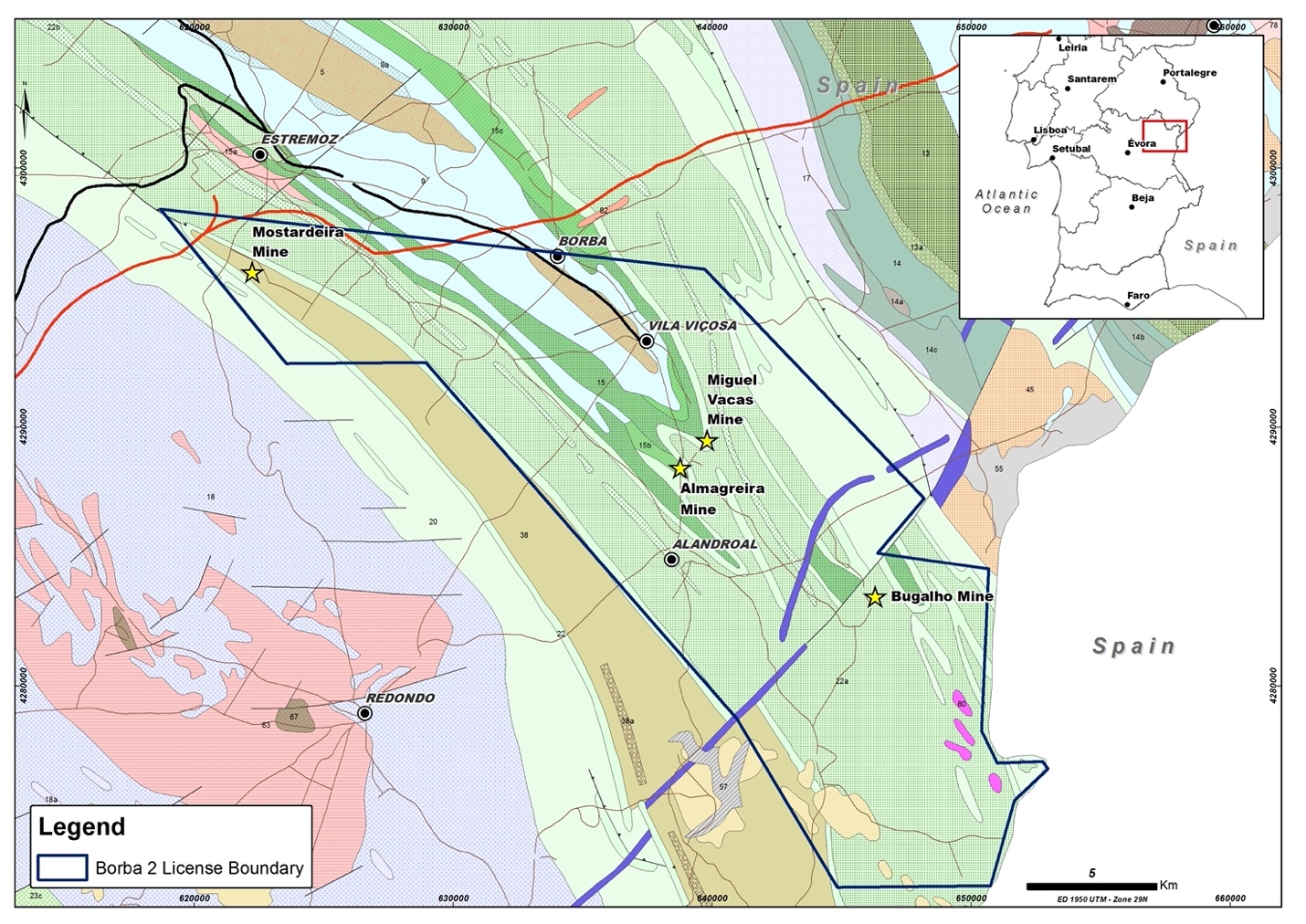 The Company would also like to announce that that the Board of Directors granted 290,000 incentive stock options to directors and consultants of the Company. The options will have a term of 5 years, expiring on March 1, 2026. Each option will allow the holder to purchase one common share in the Company at a price of $0.15.

The scientific and technical information contained in this news release has been reviewed and approved by Mr. Mr. Jose Mario Castelo Branco, Golplay's Exploration Manager, a Qualified Person within the context of Canadian Securities Administrators' National Instrument 43-101; Standards of Disclosure for Mineral Projects.

Goldplay Mining is a Canadian public company focused on exploring and advancing gold copper projects located in top mining jurisdictions that host the potential for making world class discoveries. Goldplay has received conditional acceptance to list its common shares on the TSX Venture Exchange (the "Exchange"). The listing on the Exchange is anticipated to occur on or about March 20, 2021 under the trading symbol "AUC". The trading symbol has been chosen to reflect Company's focus on Gold ("AU") and Copper ("C").

On behalf of the Board of Directors

This news release contains "forward-looking information" within the meaning of applicable securities laws relating to the potential listing of the company on a stock exchange, and other associated matters. Although the Company believes current conditions and expected future developments and other factors that have been considered are appropriate and that the expectations reflected in this forward-looking information are reasonable, undue reliance should not be placed on them because the Company can give no assurance that they will prove to be correct or enduring. There is no assurance that the Company will be able to finalize and secure the exploration application with the Portugal government or that it will be able to list its common shares on the Exchange as contemplated. Readers are cautioned to not place undue reliance on forward-looking information. Actual results and developments may differ materially from those contemplated by these statements depending on, among other things, that the outcome of exploration results may not be as currently expected, that the listing on a stock exchange may not happen on a timely basis, or at all. The statements in this press release are made as of the date of this release.