Amplitude Surgical (Paris:AMPLI) (ISIN: FR0012789667, Ticker: AMPLI, eligible for PEA-PME plans) ("Amplitude" or the "Group"), leading French player on the global surgical technology market for lower-limb orthopedics, today announced its results for the first half of its 2020-21 financial year to December 31, 2020.

Olivier Jallabert, Amplitude Surgical's CEO, commented: "In the first half of our 2020-21 financial year, Amplitude Surgical's activity was impacted, during the second quarter, by the deterioration in the public health situation associated with COVID-19 on the majority of its markets and by the adoption of restrictions on access to operating rooms. Despite the 5.3% fall in activity at constant exchange rates, the improvement in the gross margin thanks to a positive country mix and the optimization of our production tools, combined with good cost control, enabled us to limit the decrease in EBITDA to 4.2%, at €10.8 million, and to record a Recurring Operating Profit of €2.0 million. Despite the health context, the Group continues to develop, particularly in R&D, with automation projects for surgical procedures. In addition, Amplitude Surgical remains attentive to external growth opportunities by exploring the acquisition of competitors or agents, both in France and abroad

Over the first half of the 2020-21 financial year (from July to December), Amplitude Surgical recorded sales of €45.9 million, down 7.9% in actual terms and 5.3% at constant exchange rates compared with the previous year, impacted by the deterioration in the public health situation associated with the COVID-19 pandemic.

Amplitude Surgical recorded a gross margin of 76.1%, an improvement of 330 bps compared with the first half of 2019-20, thanks to a more positive country mix than the previous year and to the optimization of the Group's production tools.

The 20.6% increase in General Administrative costs to €6.2 million corresponds primarily to the change in the allocation of quality control and regulatory expenses of approximately €1 million, booked as R&D expenses in 2019/2020.

The Group generated a Recurring Operating Profit of €2.0 million, compared with €0.8 million in the first half of 2019/2020, thanks to good control over its operating costs. There was an Operating Profit of €1.1 million, versus a figure of €8.4 million in the first half of 2019/2020 that was bolstered by the €8.6 million reversal of the provision relating to "Taxation on Medical Devices".

The Financial Result was -€6.2 million, and consisted primarily of an interest expense of €5.2 million and net currency exchange losses of €1.0 million.

The net cash flow generated by operating activity amounted to a negative €1.0 million over the half, versus a positive €7.4 million in the first half of 2019-20, notably due to a €2.6 million decrease in operating cash flow and to the change in Working Capital Requirements, with cash burn of €4.4 million that was reconstituted following the low level of June 30, 2020 due to the first wave of the pandemic.

On November 3, 2020, the Valence Judicial Court rejected Amplitude SAS' request to invalidate the €5.8 million adjustment in its dispute with URSSAF (employee and employer social security contribution collecting agency) pertaining to tax on the promotion of medical devices for the period from July 1, 2014 to June 30, 2017. Amplitude has decided to appeal this decision.

On November 10, 2020, Amplitude Surgical announced the acquisition of a majority stake in its share capital by PAI Partners.

On December 7, 2020, Auroralux sent the AMF the draft information document and draft simplified public tender offer for 22,649,678 Amplitude Surgical shares at €2.15 per share.

Amplitude Surgical sent the AMF, also on December 7, 2020, its draft response to the Auroralux simplified public tender for the Company's shares at €2.15 per share.

On January 5, 2021, the AMF issued a compliance notice regarding the simplified public tender offer tabled by Auroralux for Amplitude Surgical's shares at €2.15 per share. The offer period ran from January 7 to January 27, 2021 inclusive.

At the closing of the offer, Auroralux SAS held 34,906,476 Amplitude Surgical shares representing a similar number of voting rights, i.e. 73.02% of the share capital and voting rights.

Within the framework of the change in control of Amplitude Surgical with the investment of PAI Partners, on November 10, 2020 the Company issued a bond of €110 million subscribed by Tikehau and proceeded with the early repayment of the 2014 and 2016 bonds whose outstanding amount was €96.6 million (excluding accrued interest) at June 30, 2020.

Considering all of the Group's projects and in order to optimize the allocation of its capital, the Group has decided to stop its operations in Japan. This decision will be implemented in the coming months.

The public health situation associated with the COVID-19 pandemic has remained unsettled on the Group's various markets in the early part of the second half of its 2020/2021 financial year, with restrictions on access to operating rooms and the postponement of patient consultations.

Group sales for the period from July 1, 2020 to January 31, 2021 totaled €55.5 million, representing an 8.5% decrease compared with the same period of the previous financial year, with the public health situation having more of an impact in January 2021;

Availability of the financial report

Amplitude Surgical has made available to the public and filed with the Autorité des marchés financiers its half-year financial report as of December 31, 2020.

The half-year financial report is available on Amplitude Surgical's website at www.amplitude-surgical.com/fr, in the "Documentation Financial Report" section. 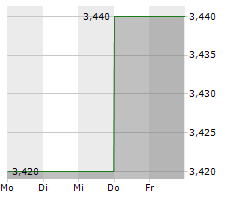