Toronto, Ontario--(Newsfile Corp. - September 14, 2021) - US Copper Corp ("US Copper" or the "Company") (TSXV: USCU) (OTCQB: USCUF) (FSE: C730) is providing an update on the Dixie fire and its impact on the Company's activities at its Moonlight-Superior Copper Project in north-east California.

US Copper CEO Stephen Dunn commented: "We at US Copper have closely watched the incredible destruction caused by the Dixie Fire and wish to say to all those affected that we are very sorry for the loss and pain that many of you have endured. Our thoughts are especially with those who have lost homes and livelihoods in Greenville and surrounding areas. Also, we would like to pay homage to the dedication and outright heroism of first responders and firefighters who have kept up the fight for weeks on end.

About US Copper Corp

The Superior and Engels Mines operated from about 1915-1930 producing over 161 million pounds of copper from over 4 million tons of rock containing 2.2% copper with silver and gold credits.

The Moonlight Deposit was discovered and drilled by Placer Amex during the 1960's. Details of the resources on US Copper's property and the parameters used to calculate them can be found in the "Technical Report and Preliminary Economic Assessment for the Moonlight Deposit, Moonlight-Superior Copper Project, California, USA" dated April 12, 2018, on both the company's website at www.uscoppercorp.com or on www.sedar.com under the US Copper Corp profile.

To view the source version of this press release, please visit https://www.newsfilecorp.com/release/96467 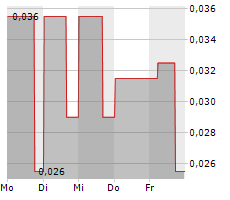