Vertical Aerospace ("Vertical"), a leading British eVTOL manufacturer which is pioneering the transition to carbon free aviation, today announced that Vertical and Marubeni Corporation ("Marubeni"), a leading Japanese integrated trading and investment business conglomerate have reached an agreement to explore sustainable, emissions free Advanced Aerial Mobility (AAM) travel solutions, focused on the application of Vertical's flagship electric aircraft, the VA-X4, in the Japanese market. Marubeni has also agreed a conditional pre-order option of up to 200 of Vertical's aircraft.

This important partnership builds on existing commercial partnerships between Vertical and American Airlines, Virgin Atlantic, Avolon, Iberojet and Bristow who with Marubeni have already collectively agreed conditional pre-orders for 1350 aircraft in total with a value of approximately $5.4bn.

Vertical and Marubeni will now begin jointly evaluating the requirements for eVTOL aircraft operations in Japan as well as other commercial considerations such as route and network planning, infrastructure requirements and capacity, plus engaging other interested parties who can play a role in launching AAM in Japan.

By working with such an established and respected Japanese organisation, Vertical expects to accelerate its ability to enter the Japanese market and offer Japanese consumers a safer, faster, cheaper and greener alternative to current short haul options in the country.

With its technological and regulatory advantages, such as its capacity to operate high frequency eVTOL traffic in a safe environment, Japan has great potential when it comes to the commercialization of the AAM market. Marubeni believes that eVTOLs have a number of use cases in Japan, such as inter-city, intra-city, airport shuttle and life support operations, that will benefit both customers and communities. Marubeni is expecting eVTOL operations to commence in 2025 and will utilize its existing aviation capabilities to maximize the quality of personal transportation.

Vertical is now working with partners in key locations around the world to establish AAM operations in markets where there is expected high demand for eVTOL operations. In the USA, American Airlines plans to work with Vertical on passenger operations and infrastructure development. In the United Kingdom, Virgin Atlantic and Vertical plan to work together to explore the joint venture launch of a Virgin Atlantic branded short haul eVTOL network, including operations and infrastructure development.

The VA-X4, Vertical's flagship aircraft, is expected to be certified to the same standards as commercial airliners and is expected to be significantly safer and quieter than a helicopter. By combining its world-class team with a deliberately built ecosystem of top-tier partners, such as Microsoft, American Airlines, Avolon, Honeywell, Rolls-Royce, and more, Vertical has assembled a broad mix of people and world class organisations with both commercial track records as well as experience testing, building and certifying some of the world's most advanced aircraft.

"Marubeni is one of the most respected companies in Japan, and we are proud to be partnering with them as we look at ways to bring our VA-X4 to the Japanese market. Marubeni's pre-order option for up to 200 aircraft provides us with a potential direct route to market and builds on our purchase agreements with American Airlines, Virgin Atlantic, Avolon, Iberojet and Bristow. This is the most exciting time in aviation for almost a century; electrification will transform flying in the 21st century in the same way the jet engine did 70 years ago and with Marubeni we are confident we have a great partner who can be a part of this transformation."

"We're so excited to announce this great partnership with Vertical Aerospace, who is now leading the Advanced Aerial Mobility market. Through this strong partnership with Vertical, we are confident that we will successfully develop the AAM market in Japan. By seeking to popularise eVTOL technology, we will not only be enriching people's lives but making meaningful inroads into the reduction of greenhouse gases and our path to net-zero

Vertical Aerospace is pioneering electric aviation. The company was founded in 2016 by Stephen Fitzpatrick, an established entrepreneur best known as the founder of the Ovo Group, a leading energy group and Europe's largest independent energy retailer. Over the past five years, Vertical has focused on building the most experienced and senior team in the eVTOL industry, who have over 1,200 combined years of experience, and have certified and supported over 30 different civil and military aircraft and propulsion systems.

Vertical's unrivalled top-tier partner ecosystem is expected to de-risk operational execution and its pathway to certification, allow for a lean cost structure and enable production at scale. Vertical has received conditional pre-orders for a total of up to 1,350 aircraft from American Airlines, Avolon, Bristow and Iberojet, which includes pre-order options from Virgin Atlantic and Marubeni, and in doing so, is creating multiple potential near term and actionable routes to market. In June 2021, Vertical Aerospace announced a SPAC merger with Broadstone Acquisition Corp (NYSE: BSN).

The four passenger, one pilot VA-X4 is projected to have speeds up to 200mph, a range over 100 miles, near silent when in flight, zero operating emissions and low cost per passenger mile. The VA-X4 is expected to open up advanced air mobility to a whole new range of passengers and transform how we travel.Find out more: www.vertical-aerospace.com

Broadstone Acquisition Corp. (NYSE: BSN) was set up by serial entrepreneurs, operators and investors, Hugh Osmond, Edward Hawkes and Marc Jonas. It was established to combine with a UK/European business with a strong management team, significant growth prospects, and the opportunity to become a market leader in its sector. Broadstone's executive team has an extensive track record in value creation. The combination of a strong internal team, a network of external resources and the experience of the management team enables us to support rapid, substantial, and lasting growth.

Marubeni Corporation and its consolidated subsidiaries use their broad business networks, both within Japan and overseas, to conduct importing and exporting (including third country trading), as well as domestic business, encompassing a diverse range of business activities across wide-ranging fields including lifestyle, ICT real estate business, forest products, food, agri business, chemicals, energy, metals mineral resources, power business, infrastructure project, aerospace ship, finance leasing business, construction, industrial machinery mobility, and next generation business development. Additionally, the Marubeni Group offers a variety of services, makes internal and external investments, and is involved in resource development throughout all of the above industries. 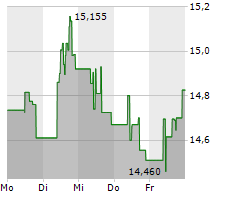