Ad hoc-Mitteilungen:
Aktien»Nachrichten»VITURA AKTIE»Vitura Announces the Success of Its Share Capital Increase With Preferential Subscription Rights for an Amount of €34.5 Million to Finance the Acquisition of Office Kennedy Building
FN als Startseite

Vitura Announces the Success of Its Share Capital Increase With Preferential Subscription Rights for an Amount of €34.5 Million to Finance the Acquisition of Office Kennedy Building

This press release cannot be published, transmitted or distributed, directly or indirectly, in the United States, Canada, Australia or Japan.

Vitura (the "Company") (Paris:VTR) announces the success of its €34,526,296.80 share capital increase with shareholders' preferential subscription rights (the "Rights Issue"). The Rights Issue will result in the issuance of 935,672 new ordinary shares (the "New Shares") at a subscription price of €36.90 per New Share.

The proceeds of the Rights Issue will be used to finance part of the acquisition of Office Kennedy building for an amount of €97 million, announced in a press release on 5 August 2021. The entire balance will be financed by a bank loan of an amount of approximately €65 million.

After completion of the Rights Issue, Northwood Investors and GIC will hold 57.60% and 25.18% of the share capital of the Company, respectively.

Settlement and delivery and admission to trading of the New Shares on the regulated market of Euronext in Paris (Segment B) on the same line as the existing shares (FR 0010309096) should take place on 8 October 2021 in accordance with the timetable of the Rights Issue. As from that date, the share capital of Vitura will be composed of 16,842,112 shares with a nominal value of €3.8 each, for a total nominal share capital of €64,000,025.60, split as follows:

The New Shares will carry full rights (jouissance courante) as from their issue date and will be immediately fully fungible with the existing shares already traded on the regulated market of Euronext in Paris.

Société Générale acted as Sole Global Coordinator and Bookrunner of the transaction, and BNP Paribas as Co-Bookrunner.

The Company has agreed to a lock-up expiring 90 calendar days following the settlement and delivery date of the New Shares, subject to certain customary exceptions.

Information available to the public

The Company has published a French language prospectus (the "Prospectus"), which has been approved by the Autorité des marchés financiers ("AMF") on 13 September 2021 under number 21-394, comprising (i) the Universal Registration Document (document d'enregistrement universel) of the Company filed with the AMF on 6 April 2021 under number D.21-0262, (ii) the interim financial report as of 30 June 2021 (rapport financier semestriel) (iii) an amendment to the Universal Registration Document filed with the AMF on 13 September 2021 under number D.21-0262-A01 and (iv) a securities note (note d'opération) (including a summary of the prospectus).

The French language Prospectus, approved by the AMF, is available on the Company's website (www.vitura.fr) and on the AMF's (www.amf-france.org). Hard copies of the Prospectus are also available free of charge at the Company's headquarters, located at 42 rue de Bassano, 75008 Paris.

Created in 2006, Vitura (formerly Cegereal) is a listed real estate company that invests in prime office properties in Paris and Greater Paris. The total value of the portfolio was estimated at €1,455 million at June 30, 2021 (excluding transfer duties). Thanks to its strong commitment to sustainable development, Vitura was named a Global Sector Leader in the 2020 Global Real Estate Sustainability Benchmark's (GRESB) listed office property companies category and received two Gold Awards from the European Public Real Estate Association (EPRA) for the quality and transparency of its financial and non-financial reporting. Its entire portfolio has achieved NF HQETM Exploitation and BREEAM In-Use International certification. Vitura is a REIT listed on Euronext Paris since 2006, in compartment B (ISIN: FR0010309096). The Company had a market capitalization of €589 millions at 5 October 2021.

This press release and the information contained herein do not constitute either an offer to sell or the solicitation of an offer to purchase the Company's securities, there shall not be any sale of ordinary shares in any state or jurisdiction in which such an offer, solicitation or sale would be unlawful prior to registration or approval under the securities laws of any such state or jurisdiction.

The release, publication or distribution of this press release in certain jurisdictions may be restricted by laws or regulations. Therefore, persons in such jurisdictions into which this press release is released, published or distributed must inform themselves about and comply with such laws or regulations. Any failure to comply with these restrictions may constitute a violation of the securities laws of any such jurisdiction.

This press release is not a prospectus within the meaning of Regulation (UE) 2017/1129 of the European Parliament and of the Council of 14 June 2017 as amended (the "Prospectus Regulation"). Potential investors are advised to read the prospectus before making an investment decision in order to fully understand the potential risks and benefits associated with the decision to invest in the securities. The approval of the prospectus by the AMF should not be construed as a favorable opinion on the securities offered or admitted to trading on a regulated market.

The offer is open to the public in France.

This press release is distributed only to, and directed only at, "qualified investors" (as defined in section 86(7) of the Financial Services and Markets Act 2000) who are (i) investment professionals falling within Article 19(5) of the Financial Services and Markets Act 2000 (Financial Promotion) Order 2005 (as amended) (the "Order") or (ii) persons falling within Article 49(2) (a) to (d) of the Order (high net worth entities, non-registered associations, etc.) or (iii) to any other person to whom this press release may be sent in compliance with applicable laws (all such persons being referred to as "Qualified Persons"). This press release is directed only at Qualified Persons and must not be used or relied upon by unqualified persons. Any investment or investment activity applies to, and may only be made by, Qualified Persons. Any person who is not a Qualified Person shall not act or rely on this press release or on any information contained herein.

This press release may not be published, distributed or disclosed in the United States (including its territories and possessions).

The new shares and the preferential subscription rights may not be offered, sold or purchased in Canada (subject to certain exceptions and pursuant to procedures set out by the Company), Australia or Japan.

The distribution of this press release in certain countries may constitute a violation of applicable legal provisions. Neither Société Générale nor BNP Paribas undertake any responsibility in relation thereof.

In connection with any offering of the securities referred thereto (the "Financial Securities"), Société Générale, BNP Paribas and any of their affiliates, may take up as a principal position any securities and in that capacity may retain, purchase, sell or offer to sell for their own accounts such securities and other related securities. In addition, they may enter into financing arrangements (including swaps or contracts for differences) with investors in connection with which they may from time to time acquire, hold or dispose of Securities. They do not intend to disclose the extent of any such investment or transactions otherwise than in accordance with any legal or regulatory obligation to do so.

Société Générale and BNP Paribas are acting for the Company and no one else in connection with the offering of Financial Securities and will not regard any other person as their clients nor be responsible to any other person for providing the protections afforded to any of their clients or for providing advice in relation to any offering of the Financial Securities nor for providing advice in relation to the offering of securities, the contents of this announcement or any transaction, arrangement or other matter referred to herein.

None of Société Générale, BNP Paribas nor any of their affiliates, directors, officers, employees, advisers or agents accepts any responsibility or liability whatsoever for or makes any representation or warranty, express or implied, as to the truth, accuracy or completeness of the information in this announcement (or whether any information has been omitted from the announcement) or any other information relating to the Company, its subsidiaries or associated companies, whether written, oral or in a visual or electronic form, and howsoever transmitted or made available or for any loss howsoever arising from any use of this announcement or its contents or otherwise arising in connection therewith. 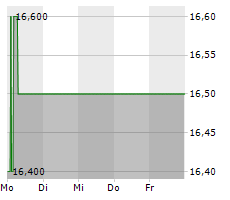