OVHcloud: FY2021 financial performance at the high-end of the guidance

Acceleration path confirmed for 2022 and beyond

"By reaching the high-end of the guidance, the 2021 full-year results demonstrate the Group's ability to deliver on its strategy. They also mark an important milestone in the life of OVHcloud as a newly listed company, evidencing that we are ready to accelerate our growth trajectory. Not only did we step up as a leading global provider, but we also opened new market segments, enhanced our go-to-market to better address corporate needs and widened our solutions portfolio to support an increasing number of use cases. Thanks to the talent of our 2500 employees worldwide, we proved the resilience of our model and broadened the relations with our trusted ecosystem across the four continents in which we operate. Building on favorable market tailwinds, OVHcloud is set up to seize the full potential of what a European Champion can get on the hypergrowth Cloud market. The company is today best positioned to meet its ambitions for FY2022 and achieve strong and continuous growth while deploying an ambitious roadmap, sustainably."

OVHcloud's consolidated revenue for FY2021 reached €663 million, up 5% compared to FY2020 and delivering a 12% growth on a comparable basis, adjusted for exchange rates, perimeter changes and the direct one-off effects of the Strasbourg incident. This number is at the top end of our guidance and reflects a strong commercial performance with like-for-like growth mainly driven by ARPAC growth.

The revenue retention rate was 100%, or 103% adjusted for the one-off Strasbourg incident-related vouchers and credit notes, stable year-over-year, demonstrating the company's resilience.

Throughout FY2021, OVHcloud has fast-tracked the rollout of its technical and commercial roadmap to strengthen its positioning as a driving force for a trusted and collective alternative in the global cloud industry. Based on its unique competitive advantages, the company achieved numerous commercial successes. On its own or with the contribution of its global scale partners (Atos, CapGemini, Sopra Steria, HCL...), the Group has been able to support a wide range of use cases, from cutting-edge tech companies such as Peachtree Corner or Lydia, to the most critical ones in data sensitive sectors such as Aerospace and Defense (ESA via Serco), HCM (Talentsoft) or Finance (Paylib, Société Générale).

OVHcloud also continued to focus on developing new cloud usages and moved forward in building up its PaaS portfolio. The company successfully deployed new solutions based on its own technology, including AI notebook and ML engine, and on technological partnerships with leading players including Platform.sh and MongoDB.

This performance results from:

Public Cloud grew 23% on a like-for-like basis. This growth was driven by a solid increase in both ARPAC and net customer acquisition, despite the Strasbourg incident, reflecting the current market dynamics.

Revenue growth in France was driven primarily by ARPAC growth from technology and software customers, public cloud expansion and continued web cloud customer acquisition. The French market also benefited from an increase in digital acquisitions resulting from marketing investments made in the second half of FY2020. Revenue growth also reflects the impact of the Strasbourg fire, to which France had a greater exposure than the other regions. On a like-for-like basis, revenue growth in France was 9%.

In other European countries, revenue growth was largely the result of the same trends as those observed in France, as well as the initial results of the implementation of dedicated regional sales teams. Digital revenues grew by 17% like-for-like, supporting OVHcloud's European geographic expansion ambitions.

In the Rest of the World, digital revenues grew by 41% like-for-like, with a particularly strong performance in the United States (+143% like-for-like).

Operating income was €6.5 million compared to a €30.6 million in FY2020. The impacts of the Strasbourg incident and one-off costs related to the IPO amounted €56 million. Excluding these effects, FY2021 operating income doubled compared to FY2020.

OVHcloud recorded a net loss of €(32) million compared to €(11) million in FY2020,reflecting the impact of the Strasbourg incident and one-time costs related to the IPO for a total pre-tax amount of €63 million. Excluding these one-offs, pre-tax income reached €41 million in FY2021 vs €0 million in FY2020.

On September 24, 2021, OVHcloud entered into a new debt facilities agreement with a pool of banks for a €920 million unsecured refinancing package. The facilities, which have in the meantime become fully available to OVHcloud since the completion of its initial public share offering, include a term loan in the amount of €500 million and a revolving credit facility in the amount of €420 million. These amounts were partly used to repay in full the amounts outstanding under the Existing Facilities Agreement (term loan and revolving credit facility) and the remaining Euro private placement bonds on October 25, 2021.

OVHcloud estimates that the completion of its initial public offering, which included a primary component of €350 million, and the refinancing described above allowed to reduce the leverage ratio from 2.7x to 1.4x immediately after the IPO.

On the basis of a year 2021 at the high-end of the guidance and ongoing commercial momentum OVHcloud is on track to deliver growth acceleration in the current fiscal year and beyond.

For the full year 2022 OVHcloud expects:

The Group reiterates its medium-term financial objectives and aims to achieve the following by 2025:

OVHcloud is a global player and Europe's leading cloud provider operating over 400,000 servers within 33 data centers across four continents. For 20 years, the Group has relied on an integrated model that provides complete control of its value chain: from the design of its servers, to the construction and management of its data centers, including the orchestration of its fiber-optic network. This unique approach allows it to independently cover all the uses of its 1.6 million customers in more than 140 countries. OVHcloud now offers latest generation solutions combining performance, price predictability and total sovereignty over their data to support their growth in complete freedom.

Forward-looking statements include statements that may relate to OVHcloud's plans, objectives, strategies, goals, future events, future revenues or performance, and other information that is not historical information. Actual events or results may differ from those described in this press release due to a number of risks and uncertainties that are described within the IPO Registration Document filed with the Autorité des marchés financiers (AMF) on September 17, 2021 under the approval number: I. 21-052.

All amounts are presented in million without decimal. This may in certain circumstances lead to nonmaterial differences between the sum of the figures and the subtotals that appear in the tables. 2022 objectives are expressed according to Group's accounting standards. OVHcloud does not undertake, and specifically disclaims, any obligation or responsibility to update or amend any of the information above except as otherwise required by law.

This press release is disseminated for information purposes only and does not constitute an offer to purchase or sell, or a solicitation of an offer to sell or to purchase, any securities.

Average revenues per active customer (ARPAC) represents the revenues recorded in a given period from a given customer group, divided by the average number of customers from that group in that period (the average number of customers is determined on the same basis as in determining net customer acquisitions). ARPAC increases as customers in a given group spend more on OVHcloud services. It can also increase due to a change in mix, as an increase (or decrease) in the proportion of high-spending customers would increase (or decrease) ARPAC, irrespective of whether total revenues from the relevant customer group increase.

Current EBITDA is equal to revenues less the sum of personnel costs and other operating expenses (and excluding depreciation and amortization charges, as well as items that are classified as "other non-current operating income and expenses").

Adjusted EBITDA is equal to current EBITDA excluding share-based compensation and expenses resulting from the payment of earn-outs from its adjusted EBITDA.

Recurring Capital Expenditures (Capex) reflects the capital expenditures needed to maintain the revenues generated during a given period for the following period.

M&A and Other include:

Reconciliation of like-for-like and reported growth 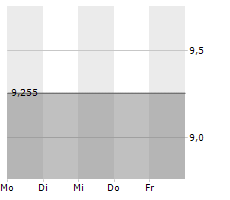