Halifax, Nova Scotia--(Newsfile Corp. - November 18, 2021) - Sixth Wave Innovations Inc. (CSE: SIXW) (OTCQB: SIXWF) (FSE: AHUH) ("Sixth Wave", "SIXW" or the "Company") is pleased to provide an update on commercial deployment of the Affinity System (the "System") for purification of cannabinoids. Green Envy Extracts (customer) will ramp up its production line in Michigan on or about December 15, 2021. Once production commences, SIXW will use the crude extract to complete performance testing on the Affinity System. Testing will occur three weeks earlier than initially planned. SIXW has also completed the manufacture of Affinity nano-tech beads for use in the full-size production Affinity System scheduled for installation in Michigan. By year-end, SIXW will manufacture three additional bead orders that are slated to complete four production Affinity Systems.

"We are very pleased to continue our collaboration with Sixth Wave on the launch of the Affinity system," states Amato Spagnoletti, [Director] of Green Envy. "As a growing multi-state cannabis operator, we believe that our respective technological approaches will yield significant technical and commercial benefits as we commission the first Affinity system with Sixth Wave in Michigan. Per our signed MOU, we plan to purchase a minimum of 3 Affinity units for placement at additional locations in the coming months," he added.

Based on current operating procedures (SOP), the system will be capable of processing approximately 6kg of final high purity distillate every 10hrs of operation. The larger production unit will be capable of producing finished distillate of approximately 14kg/10hrs of operation or more than 30kg/day which surpasses the Company's 20kg/day goal. Sixth Wave will begin revenue generation with the initial system as soon as optimization trials are completed. A single production system will be capable of generating approximately CAD$2.25M annually based on a 300-day production schedule while netting the licensed producer cost savings/increased yield that should nearly double the Affinity related license costs.

Sixth Wave expects to see continued growth in the cannabis sector as State-by-State and potential Federal legalization efforts advance across the United States. The US House of Representatives House Judiciary Committee just passed The Marijuana Opportunity, Reinvestment, and Expungement or the MORE Act. Legalization will drive demand for cannabis processing capacity and support demand for the Affinity System.

The Company is in discussions with other early adopter candidates that have a significant presence within the industry in Canada and the United States. Further, SIXW is in joint venture negotiations with an organic cellular growth company that has chosen SIXW to lead its global cannabis product development as well as other high-value plants and roots used in food products, nutraceuticals, and medicines.

Sixth Wave is a nanotechnology company with patented technologies that focus on extraction and detection of target substances at the molecular level using highly specialized Molecularly Imprinted Polymers (MIPs). The Company is in the process of a commercial rollout of its Affinity cannabinoid purification system, as well as IXOS®, a line of extraction polymers for the gold mining industry. The Company is also in the development stages of a rapid diagnostic test for viruses under the Accelerated MIPs (AMIPS) label.

Sixth Wave can design, develop and commercialize MIP solutions across a broad spectrum of industries. The company is focused on nanotechnology architectures that are highly relevant for the detection and separation of viruses, biogenic amines, and other pathogens, for which the Company has products at various stages of development.

For more information about Sixth Wave, please visit our website at: www.sixthwave.com.

To view the source version of this press release, please visit https://www.newsfilecorp.com/release/104142 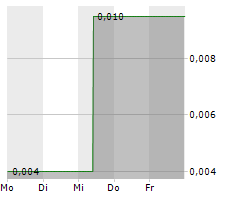