In Development For Global Distribution on PC, Consoles And Mobile

NEXON Co., Ltd. (Nexon) (3659.TO), a global leader in Virtual Worlds, today announced a licensing agreement with Games Workshop1 Group PLC, for development and publishing of a new Virtual World based on the popular fantasy game franchise: Warhammer Age of Sigmar1. Terms of the agreement and a launch date were not announced.

"Under the creative direction of Games Workshop1, Warhammer1 has become one of the world's most exciting and popular game franchises, and Nexon is the global leader in developing Virtual Worlds," said Colin Robinson, Nexon Vice President of Development Partnerships. "We look forward to extending this legacy that will bring the creative excellence of Warhammer1 to a Virtual World for PC, consoles and mobile platforms."

"As one of the world's largest game publishers, Nexon is the ideal long-term strategic partner to bring Warhammer Age of Sigmar1 to life in a unique new way that will appeal to gamers the world over," said Jon Gillard, Head of Global Licensing for Games Workshop1. "Nexon's world-class Live Operations and infrastructure offers exciting opportunities for engaging current and new Warhammer1 fans in this massive universe. We're really excited to see the fruits of this collaboration over the coming years."

Built on the legacy of Age of Sigmar1, the new Virtual World will feature a socially interactive player-versus-environment world supported by Nexon's world-class Live Operations for sustaining the fun with new content and service.

It is an era of war. The Mortal Realms have been despoiled. Ravaged by the followers of the Chaos Gods, they stand on the brink of destruction. Players will command the war hosts of the God-king Sigmar and his allies as they fight to reignite hope and bring order back to the realms. Each season, players will collect characters and enter new realms. Each character comes with unique options, stories and gameplay. Players will be able to customize their characters and work cooperatively to guide how sections of the Realms are retaken.

Games Workshop Group PLC (LSE:GAW.L), based in Nottingham, UK, produces the best fantasy miniatures in the world. Games Workshop designs, manufactures, retails, and distributes its range of Warhammer: Age of Sigmar and Warhammer 40,000 games, miniatures, novels and model kits through more than 523 of its own stores (branded Games Workshop or Warhammer), the www.games-workshop.com web store and independent retail channels in more than 50 countries worldwide. More information about Games Workshop and its other, related, brands and product ranges (including our publishing division 'Black Library' and our special resin miniatures studio 'Forge World') can be found at www.games-workshop.com.

Founded in 1994, NEXON Co., Ltd. (Nexon) (3659.TO) is a company engaged in the production, development and operation of online games and Virtual Worlds. First listed on the Tokyo Stock Exchange in December 2011, Nexon was placed on JPX400 in 2015 and added to the Nikkei Stock Index 300 in 2017. In 2020, Nexon was added to the Nikkei 225. Nexon currently has more than 50 live games on multiple platforms including mobile and available in more than 190 countries. Major game franchises include MapleStory, KartRider and Dungeon&Fighter

1 All other product names mentioned here are trademarks or registered trademarks of their respective companies. 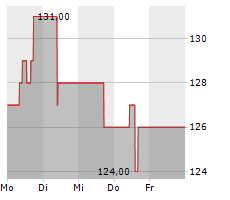