One week after Mercedes-Benz ended its partnership with Kingspan

Kingspan manufacturing workers in Santa Ana held a candlelight vigil today in solidarity with thousands marching in London on the 4 year anniversary of the Grenfell Tower fire that killed 72 people in the worst residential fire in the United Kingdom since World War II. Workers in Santa Ana are calling on Kingspan to listen to them about workplace safety. Grenfell fire survivors and bereaved are fighting to hold Kingspan accountable for safe homes.

"Today, we as Kingspan workers stand united in solidarity with all those in London seeking justice for the 72 people who lost their lives in the horrific Grenfell Tower fire," said Lucas Hernandez, a welder at Kingspan. "Here in Santa Ana, we ask Kingspan to listen to our health and safety concerns for our own well-being, our families, and our community."

A partnership announced December 1, 2021, between Kingspan and the Mercedes Formula One Racing Team ended suddenly on December 8. It was opposed by Grenfell United, which represents the survivors and bereaved of the Grenfell Tower fire, as well as Michael Gove, a member of Parliament.

In a public statement about the cancellation of the Mercedes partnership, Kingspan asserted that it played no role in the design or construction of the tower's cladding system, that only a small percentage of K15 insulation was used in the building, and that the product was "used as a substitute without our knowledge in part of the system which was not compliant with building regulations." While true, this statement side-steps the revelations that emerged from Kingspan's testimony and documents produced at the Inquiry. Kingspan did not do anything about internal warnings and outside concerns as early as 2008 until 2015 related to fire testing, certification and marketing issues. From 2006 to 2020, they relied on fire tests that used versions of K15 that were different from the version for sale at the time.

Twenty percent of Kingspan's €4.6bn (~US$5.6bn) in revenues in 2020 were from North America, the majority from insulation products. Kingspan has 15 factories in the United States and has over $1 billion earmarked for acquisitions. Marketing itself as a green company, its profits are expected to reach about $850 million in 2021. As far as the public record shows, the U.K. inquiry has focused solely on the products in the Grenfell Tower. Many Kingspan products, in addition to K15, have been sold widely outside the United Kingdom for many years.

Kingspan prides itself on its "Planet Passionate" programs and its commitment to sustainability. However, Kingspan workers in Santa Ana have recently documented serious health and environmental concerns at their factory that need to be resolved:

SMART, the International Association of Sheet Metal, Air, Rail and Transportation Workers, is one of North America's most dynamic and diverse unions with over 200,000 members. SMART's members ensure the quality of the air we breathe, promote energy efficiency, produce and provide vital services that move products to market and passengers to their destinations. We are sheet metal workers, service technicians, bus operators, engineers, conductors, sign workers, welders, production employees and more. With members in scores of different occupations, we advocate for fairness in the workplace, excellence at work and opportunity for all working families. 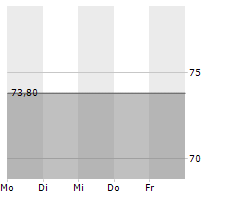