The MAA submission to the EMA is based on data from the CENTAUR trial, a randomized, double-blind, placebo-controlled Phase 2 clinical trial conducted at 25 centers of the Northeast ALS Consortium (NEALS), evaluating 137 adults with ALS. In this trial, participants receiving AMX0035 demonstrated a statistically significant reduction in clinical decline at the end of the 6-month randomized phase as measured by the Revised ALS Functional Rating Scale (ALSFRS-R), the most widely used scale in clinical practice and in ALS clinical trials.

Overall, reported rates of adverse events and discontinuations were similar between AMX0035 and placebo groups during the 24-week randomized phase; however, gastrointestinal events occurred with greater frequency (=2%) in the AMX0035 group. Detailed data from CENTAUR is published in the New England Journal of Medicine (NEJM) and Muscle and Nerve.

Amylyx currently has marketing applications under review for AMX0035 for the treatment of ALS in Canada and the United States.

Enrollment for the global Phase 3 PHOENIX clinical trial (NCT05021536) is underway in the United States and Europe. The trial is designed to provide additional safety and efficacy data for AMX0035 for the treatment of ALS to further support Amylyx' global regulatory efforts.

About the CENTAUR Trial

CENTAUR was a multicenter Phase 2 clinical trial in 137 participants with ALS encompassing a 6-month randomized placebo-controlled phase and an open-label long-term follow-up phase. The trial met its primary efficacy endpoint of reducing clinical decline as measured by the ALS Functional Rating Scale-Revised (ALSFRS-R).

Overall, reported rates of adverse events and discontinuations were similar between AMX0035 and placebo groups during the 24-week randomized phase; however, GI events occurred with greater frequency (=2%) in the AMX0035 group.

The CENTAUR trial was funded, in part, by the ALS ACT grant and the ALS Ice Bucket Challenge, and was supported by The ALS Association, ALS Finding a Cure (a program of The Leandro P. Rizzuto Foundation), the Northeast ALS Consortium, and the Sean M. Healey AMG Center for ALS at Mass General.

About the PHOENIX Trial

The Phase 3 PHOENIX clinical trial (NCT05021536) is a 48-week, randomized placebo-controlled global clinical trial further evaluating the safety and efficacy of AMX0035 (PB/TURSO) for the treatment of ALS. The primary efficacy outcome of the trial will be a composite measure of survival and Amyotrophic Lateral Sclerosis Functional Rating Scale-Revised (ALSFRS-R) total score progression over 48 weeks and survival and tolerability over 48 weeks. Secondary endpoints include change in slow vital capacity (SVC), measured both at home using a self-administered spirometer to support virtual data collection and at clinic sites using standard spirometry, quality of life patient-reported outcome assessments, ventilation-free survival rates and other measures. More information on the PHOENIX trial can be found at www.clinicaltrials.gov and eudract.ema.europa.eu.

AMX0035 is a proprietary oral fixed-dose combination of two small molecules: sodium phenylbutyrate (PB), which is a small molecular chaperone designed to reduce the unfolded protein response (UPR), preventing cell death resulting from the UPR, and taurursodiol (TURSO; also known as ursodoxicoltaurine)), which is a Bax inhibitor designed to reduce cell death through apoptosis. PB and TURSO were combined in a fixed-dose formulation in an effort to reduce neuronal death and dysfunction. AMX0035 is designed to target the endoplasmic reticulum and mitochondrial-dependent neuronal degeneration pathways in ALS and other neurodegenerative diseases.

Amylyx Pharmaceuticals, Inc. is a clinical-stage biopharmaceutical company working on developing a novel therapeutic for amyotrophic lateral sclerosis (ALS) and other neurodegenerative diseases.

Statements contained in this press release regarding matters that are not historical facts are "forward-looking statements." Because such statements are subject to risks and uncertainties, actual results may differ materially from those expressed or implied by such forward-looking statements. Such statements include, but are not limited to, statements regarding the potential approval of AMX0035 in Europe for the treatment of ALS; the potential of AMX0035 as a treatment for ALS; expectations related to Amylyx' preclinical studies and clinical trials, including the design, timing and results of Amylyx' Phase 3 PHOENIX trial; and expectations regarding our longer-term strategy. Any forward-looking statements in this statement are based on management's current expectations of future events and are subject to a number of risks and uncertainties that could cause actual results to differ materially and adversely from those set forth in or implied by such forward-looking statements. Risks that contribute to the uncertain nature of the forward-looking statements include: the success, cost, and timing of Amylyx' program development activities and planned IND-enabling studies, Amylyx' ability to execute on its strategy, regulatory developments in the United States, Canada, the European Union and other jurisdictions, Amylyx' ability to fund operations, and the impact that the current COVID-19 pandemic will have on Amylyx' clinical trials and pre-clinical studies, supply chain, and operations, as well as those risks and uncertainties set forth in its registration statement on Form S-1 filed with the United States Securities and Exchange Commission. All forward-looking statements contained in this press release speak only as of the date on which they were made. Amylyx undertakes no obligation to update such statements to reflect events that occur or circumstances that exist after the date on which they were made. 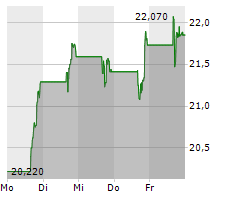