For LR Health Beauty, headquartered in the Westphalian city of Ahlen (Germany), 2022 marks the 20th anniversary of its Aloe Vera products. Since 2002, the company has been successfully marketing a whole range of high-quality Aloe Vera items. The portfolio currently comprises 62 care products and dietary supplements that include Aloe Vera.

The processing of Aloe Vera has been one of the core competencies of LR for 20 years. The Aloe Vera Drinking Gels are among the company's top sellers. They have been produced in this modern Aloe Vera production site in Ahlen since 2018. (Photo: Business Wire)

"Deciding to enter the Aloe Vera segment was key for the development of our business. I always say: LR started by selling fragrances, but it was the distribution of our Aloe Vera products that ultimately made us great," says Andreas Friesch, CEO and spokesperson for the LR management. "That is why the year 2002 is such an important one in our company history."

The Aloe Vera success story began with the launch of the first Aloe Vera Drinking Gel with honey (2002). Currently, LR offers a range of five Aloe Vera Drinking Gels with different flavours, of which roughly 72 million bottles have been sold to date. A key milestone in the company history was the construction of the new Aloe Vera production site (2017/2018) with an investment of more than 12 million euros.

"There are about 300 different species of Aloe Vera," explains Dr. Dominik Jungen, Head of Quality at LR. "However, we only use Barbadensis Miller, which, unlike the other species, is considered a real all-rounder and is also fit for human consumption." In 2021, approximately 27.5 million leaves were harvested for LR in the Mexican highlands.

The excellent quality of LR's Aloe Vera products is ensured through regular checks by the "International Aloe Science Council". This association has set itself the task of safeguarding the interests of the Aloe Vera industry. It monitors the industry with a scientific eye by carefully and at regular intervals checking the quality of the cultivation areas as well as that of the processors and manufacturers of the various products.

The anniversary will be celebrate with a large-scale campaign, including various communication measures and an array of activities for the company's sales partners and employees. 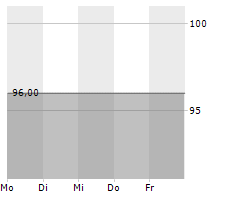