SEOUL, South Korea, Jan. 18, 2022 /PRNewswire/ -- Lunit today announced a Reference Site Agreement with Baheya Foundation for Early Detection & Treatment of Breast Cancer, a non-profit organization based in Egypt that treats women with breast cancer. According to the agreement, the foundation will adopt Lunit INSIGHT MMG, an AI software that analyzes mammograms with increased detection power, and employ them in the screening process. 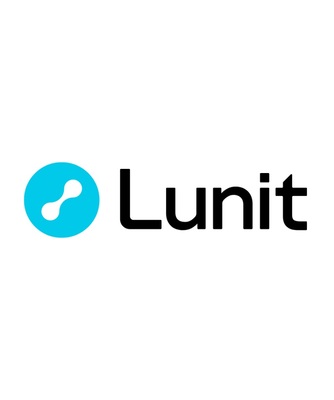 As a leading medical AI company, Lunit provides AI software that detects and analyzes radiology images. Lunit INSIGHT MMG is one of the company's most mature radiology products, which analyzes mammography images with higher accuracy.

According to a study published in JAMA Oncology in 2020(1), Lunit INSIGHT MMG showed the best accuracy among three commercialized AIs that identify breast cancer. It showed around 15% higher sensitivity compared to the other two algorithms. FDA-cleared and CE marked, the AI is approved for commercial sales in more than 35 countries worldwide.

"Today, we celebrate the grand launch of our collaboration with global leading medical AI company, Lunit," said Dr. Mohamed Emara, CEO of Baheya Hospitals. "We are so delighted to introduce to our Foundation the most recent diagnostic and therapeutic innovations. Introducing such AI solutions upgrade our medical service and allow us to be a pioneer in Egypt and the Middle East."

Dr. Sahar Mansour, the director of the presidential campaign for breast cancer screening in Kasr Al-Ainy Hospital Cairo University, will also act as Lunit's ambassador, performing further analysis and case studies. "Artificial intelligence is now intertwined in all that we do. It's about time to consider AI as an effective decision participant in the medical field. It's a promising opportunity to perform this cooperation between "Baheya" and "Lunit INSIGHT MMG" to enhance the performance of the breast imaging radiologist in Egypt," said Dr. Mansour.

"Early screening of breast cancer is tremendously important, and we are confident that our AI can prove its value," said Brandon Suh, CEO of Lunit. "We are delighted to introduce our AI solutions to Baheya Hospital and create clinical value, ensuring a healthier life for the people in the region."

With AI, Lunit aims to make data-driven medicine the new standard of care. Lunit is an AI software company devoted to developing AI solutions for precision diagnostics and therapeutics to find the right diagnosis at the right cost and the right treatment for the right patients. We primarily focus on conquering cancer, one of the leading causes of death worldwide. The company's most mature product line, Lunit INSIGHT is now clinically used in around 480 sites worldwide to help medical professionals more efficiently and accurately diagnose diseases in chest X-rays and mammography images. It is CE marked, and FDA cleared. It also holds approval in more than 30 countries, including Saudi Arabia, Korea, Singapore, Japan, Indonesia, Australia, Brazil, Mexico, South Africa, and more.

Baheya Foundation for Early Detection and Treatment of Women's Breast Cancer was established as a non-profit charity. It treats women who suffer from breast cancer free of charge, starting from early detection and passing through all stages of treatment, including surgeries, chemotherapy, radiation, and physical therapy. Since its establishment in 2015, Baheya Foundation has been able to receive around 176,000 women, between early examination, diagnosis, and tumour detection. Baheya Foundation seeks to alleviate the suffering of more Egyptian women through the establishment of a new hospital in Sheikh Zayed City, Giza. And due to its belief that the way to control Breast Cancer is by Early Detection, Baheya had "Awareness" and implementation of its effective "Early Detection Program" as one of its main objectives since breast self-examination (BSE) and early detection programs for breast cancer can lead to lower breast cancer mortality rates. Baheya's target is to detect and treat 500,000 women/year. So, this is an aggressive expansion which is a big challenge as well to help all women in Egypt, Middle East, Africa and Europe as well. Baheya is the center of excellence and its mission is beyond that.