The Road to Paris for Women's Cycling starts in Virginia'sBlue Ridge 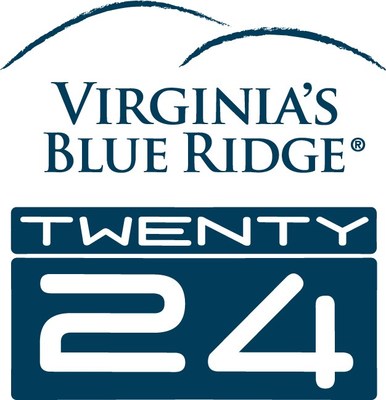 For more than 17 years, America's premier women's cycling team has been responsible for developing and managing many of the most successful American female cyclists, establishing a consistent pipeline for talented road, gravel, and Zwift eSports athletes. The team has earned 14 Olympic and Paralympic medals, 17 World Championships, and countless National Championships.

The 2022 roster consists of six professional athletes racing road and gravel, five Zwift eSports athletes, and 27 junior athletes (ages 9 -17 years). The team is led by Tokyo Olympic gold and bronze medalist, Jennifer Valente (USA), a 10-year member of the team. Valente will be joined by 2-time Olympian and current Pan American Time Trial Champion, Marlies Mejias (CUB), who will establish Roanoke, VA as her home base while competing in the United States. Rukhsar Habibzai, former Afghan national team captain and Nobel Peace Prize nominee, now calls Virginia her home and will compete in the United States with her eyes set on the Paris Olympic Games. The full VBR TWENTY24 roster and schedule of events will be announced in the coming weeks.

The multi-discipline team includes 2021 #1 ranked Zwift eSports female rider, Kristen Kulchinsky (USA), and 3-time Olympic gold medalist, Kristin Armstrong (USA), who continues to bring her high-performance guidance and coaching expertise to the team through a newly launched partner platform KX3 Lifestyle and Coaching. The KX3 coaching philosophy centers around helping athletes at any level take a holistic approach to their goals and to pursuing their own personal gold.

Visit Virginia'sBlue Ridge (Visit VBR), the region's destination marketing organization, (including the cities of Roanoke and Salem as well at the counties of Roanoke, Botetourt and Franklin) is excited to embrace the diversity of female athletes, inspire youth in the community and welcome the economic development opportunities presented as Team TWENTY24's title sponsor for the next three years.

"On behalf of the Visit VBR Board, we are invested in Virginia'sBlue Ridge TWENTY24 team underscoring the diversity, equity and inclusion these athletes represent and the inspiration they will share with our community. In addition to increasing the visibility of the VBR brand nationally and internationally, this will prompt many new stories about VBR as an outdoor destination playground," stated Landon Howard, President of Visit Virginia's Blue Ridge.

With the support of platinum level sponsor, Virginia Tourism Corporation, the partnership with the team became a reality.

"We are fortunate to become part of the road to Paris as we welcome some of the world's top cyclists to Virginia to train and prepare for the 2024 Olympic Games," said Rita McClenny, President and CEO of Virginia Tourism Corporation. "This program supports female athletes at the highest level while spotlighting Virginia'sBlue Ridge as an ideal destination for outdoor recreation. This relocation is the latest in a series of outstanding cycling news for the region and represents a major opportunity for economic impact. We look forward to showing Team TWENTY24 why Virginia is for Mountain Lovers."

VBR has been gaining momentum as a preferred cycling destination since earning a Silver-Level Ride Center designation from the International Mountain Bicycling Association (IMBA) in 2018 and hosting the inaugural Carilion Clinic IRONMAN 70.3 Virginia'sBlue Ridge triathlon in 2021 including a highly competitive 56-mile bike route along one of the most scenic byways in the country, the Blue Ridge Parkway.

"The vibrant cycling culture in Virginia'sBlue Ridge (VBR) makes it a natural fit for Team TWENTY24. The rich mix of outdoor gravel and road assets solidifies VBR as a premier cycling destination for our athletes," indicated Nicola Cranmer, Founder and General Manager of VBR TWENTY24. "Our first year in Virginia will have a strong focus on connecting with the community, developing our new athletes through training camps on the beautiful and challenging roads of the region."

The next three years will no doubt be exciting to watch as these professional female athletes compete all over the world and plan visits to VBR for training, events and conditioning. The Road to Paris for women's cycling starts in Virginia's Blue Ridge NOW! 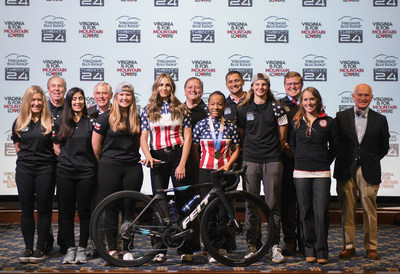