TAIPEI, April 25, 2022 /PRNewswire/ -- With a value of US$200 million, the "Central and Eastern Europe Investment Fund," aka the CEE Fund, established by the National Development Fund of the Executive Yuan of Taiwan, has been officially entrusted to Taiwania Capital, a national venture capital firm, for management. The fund targets major strategic sectors, such as semiconductor, biotechnology, aerospace, fintech, electric vehicle, and laser optics, in both Taiwan and Central and Eastern Europe (CEE), with a special focus on Lithuania, Slovakia, and the Czech Republic. The CEE Fund is designed for equity investment, not a loan or a grant. Priority will be given to Taiwanese companies interested in investing in CEE and companies in CEE that would like to set up joint ventures, technological collaboration, or supply chain partnerships with Taiwanese companies. Besides cooperation in building solid supply chains, the vision is also to buttress Taiwan's economic and investment ties with democratic allies in Europe. 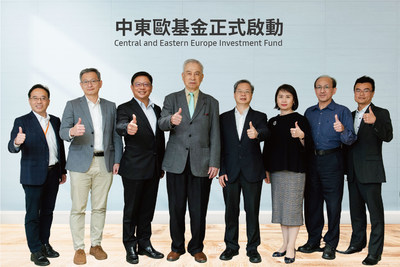 During the COVID-19 pandemic, Taiwan and CEE strengthened their diplomatic relations through mutual donations of epidemic prevention supplies. In October 2021, a cross-ministerial delegation of 66 people including representatives from industry, academia, and research visited Slovakia, the Czech Republic, and Lithuania. Led by Kung Ming-Hsin, the Minister of the National Development Council, the delegation signed 18 memorandums of cooperation, covering a wide spectrum of issues ranging from science parks, aerospace, electric vehicles, smart city, semiconductor, biotechnology, and finance. The US$200 million "Central and Eastern Europe Investment Fund" will further consolidate the efforts.

David Weng, the CEO of Taiwania Capital, highlighted abundant opportunities for bilateral cooperation. He stated that it was evident from the tour that startups and enterprises in CEE have taken a great interest in Asia and Taiwan. At the same time, Taiwanese companies would like to develop a presence in the EU market by investing in CEE. Equipped with four years of experience in domestic and foreign investment, Taiwania Capital hopes to mediate the needs and strengths of industries from both sides to foster partnerships among enterprises in CEE and Taiwan. The current plan includes inviting CEE startups to visit Taiwan for apprenticeships or set up shop at the incubators, organizing bilateral business investment and trade delegations, and hosting events promoting investment in CEE to other exchanges. Taiwania Capital has recently recruited Mitch Yang, highly experienced in entrepreneurship, international business development, and corporate mergers and acquisitions, as the Managing Partner of the "Central and Eastern Europe Investment Fund."

For investment process and further information, contact us at:

Taiwania Capital is a venture capital firm that was founded in August 2017 by the National Development Fund of the Executive Yuan of Taiwan and private enterprises. It is a national venture capital firm that has raised four funds in the fields of technology and biotechnology. As of the end of 2021, the total size of funds reached US$465 million. The firm has invested in 41 enterprises and startups at home and abroad, five of which have been listed in Taiwan and America. Taiwania Capital has assisted seven foreign enterprises in starting partnerships or building plants in Taiwan. Taiwania Capital has offices in Taiwan and the United States and plans to set up offices in Central and Eastern Europe in the future.