Rémy Cointreau (Paris:RCO) generated revenue of €1,312.9 million in 2021-22, up +27.3% in organic terms1 including a +9.2% increase in the mix-price effect and an exceptional increase in volumes of +18.2%. The Group recorded an increase in organic growth of +29.4% compared to 2019-20. Thanks to its unique positioning in the exceptional spirits segment and strengthened investment capacity, the Group benefited fully from the acceleration in new consumer trends and took advantage of all of these new growth opportunities (particularly the upmarket movement and the rise of mixology).

Reported sales were up +30.0% after taking into account positive scope effects of +0.2% (from the acquisitions of Brillet and Telmont) and favourable currency effects (+2.4%). As announced, this performance includes a decrease in revenues of -9.4% in organic terms in the fourth quarter, reflecting the Group's efforts to control its strategic inventories before carrying out major price increases on 1 April 2022 and an unfavourable calendar effect linked to the Chinese New Year (approximately -3 points). The fourth quarter recorded an increase of +4.2% in organic terms compared to 2019-20.

All regions contributed to Rémy Cointreau's very strong organic performance. The Americas region generated excellent growth of +30.0%, up +54.2% compared to 2019-20. The APAC2 region posted solid growth of +25.8%, representing a +19.8% increase in sales compared to 2019-20. Finally, the EMEA3 region benefited from the economic recovery and the strong momentum of the on-trade channel. Up +22.4%, the region is now on track to quickly return to its 2019-20 activity levels (-3.5%).

Breakdown of sales by division:

The Cognac division posted remarkable growth of +26.3% in organic terms in 2021-22 (including a price-mix effect of +13.8%), up +30.7% compared to 2019-20. In the fourth quarter, as announced, revenue fell by -16.7% (almost stable compared to 2019-20), affected by the strict management of strategic inventories in advance of the sharp price increases on 1 April 2022 and a negative calendar effect of around -4 points (Chinese New Year). While the underlying trend remained robust in the US and Europe, it was temporarily affected in China by lockdown measures. However, the impact on revenue was limited due to the traditionally low level of activity during this period. Moreover, inventory levels remained robust.

In the fourth quarter, Rémy Martin launched its new limited edition, L'Etape. This Fine Champagne cognac is the result of a collaboration between Rémy Martin and 19 wine-growing partners of the AFC, all of whom are strongly involved in sustainable agriculture. With this new edition, the brand aims to embody its desire to preserve its terroirs and the collective commitment to "Sustainable Exception." For the second year running, Rémy Martin was recognised among the "Hot Brands" of 2021 by the US media outlet Shanken Impact, which highlights the most dynamic brands on the US market.

During the last quarter, the House of Cointreau continued to benefit from consumer enthusiasm for cocktails in the United States, notably "The Original Margarita", which was highlighted in its new collaboration with former US football player Drew Brees. The Botanist also continued its strong growth in the on-trade channel.In particular, it reached a new stage inits developmentwith the launch of a large-scale campaign during the Super Bowl. In China, the successof the Bruichladdich whiskies has remained robust. Taking advantage of its strong appeal to new generations, the House of Whisky has stepped up its initiatives to increase its awareness and educate consumers about its origins, terroir and tasting. Finally, the Group posted strong growth in Europe, driven by Cointreau and Metaxa. The Bruichladdich whiskies continued to boost their visibility with the launch of a new ad campaign in the United Kingdom entitled "We also make whisky."

With annual sales in line with its expectations, Rémy Cointreau reiterates its forecasts for very strong organic growth in its Current Operating Profit. As expected, this willsolely driven by the outstanding growth in the first half of the year.

Consequently, Rémy Cointreau confirmed its forecast for an organic improvement in its current operating margin

For the year, the Group expects a scope effect of -€2.4 million and is now expecting a favourable currency effect (around €5.0 million) on its Current Operating Profit.

Despite a complex economic and geopolitical environment, Rémy Cointreau is entering 2022-23 with confidence. The Group is today perfectly positioned to take advantage of new consumer trends. Its high-end positioning, the strong level of desirability of its brands and the rarity of its of its eaux-de-vie and ageing spirits give it excellent pricing power. In particular, the Group expects a strong start to its business in the first quarter despite a very high comparison base and an environment in China that remains characterised by the pandemic.

Rémy Cointreau's management process is based on the following alternative performance indicators, selected for planning and reporting purposes. The Group's management considers that these indicators provide users of the financial statements with useful additional information to help them understand the Group's performance. These alternative performance indicators should be considered as supplementing those included in the consolidated financial statements and the resulting movements.

For significant disposals, data is post-application of IFRS 5 (under which sales of entities disposed of are systematically reclassified under "Net earnings from discontinued operations" for the current and previous financial year). This indicator serves to focus on Group performance common to both financial years, which local management is more directly capable of measuring.

Regulated information in connection with this press release can be found at www.remy-cointreau.com. 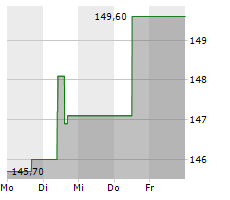