MAISON COINTREAU UNVEILS THE WORLD'S BEST MARGARITA, "THE LOVELY RITA", BY US MIXOLOGIST JONATHAN STANYARD, WINNER OF THE MARGARITA CHALLENGE

PARIS, May 9, 2022 /PRNewswire/ -- The winner of the Cointreau Margarita Challenge was revealed during its final phase held in Angers, home of the iconic French orange liqueur. For this second edition of the international competition, which received more than 500 entries from 47 countries, Cointreau had invited the world's most talented bartenders to create their own take on the iconic Margarita, using the best ingredients from their local area as inspiration, to turn "The Original" into "Their Original" and be hailed as the Margarita King or Queen. 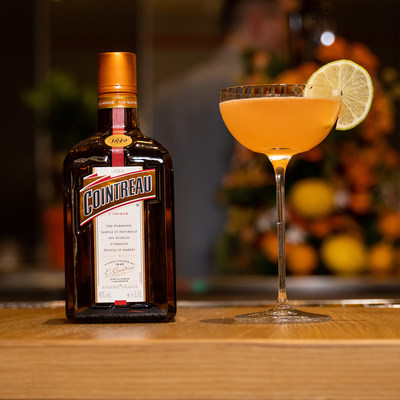 The six members of the jury had the extremely difficult task of selecting just one winner from the ten finalists who came to compete from all over the world. During the final round, they had to take on 3 challenges: making their qualifying drink, a speed round in which they had to make four cocktails in less than a minute and finally the creation of a sustainable Margarita. Along with those challenges they were judged on storytelling ability, technical feats and, most importantly, the taste of their creations. It was "The Lovely Rita" by US mixologist Jonathan Stanyard, bartender at in Seattle, that won over the entire jury, earning him a trophy and a weeklong trip to Paris!

"This cocktail is inspired by local ingredients, a song from the past, and flavors of other countries. I built on top of the classic recipe with local flavors of the Pacific Northwest: rhubarb, strawberries, and rosemary.

Winning this competition is a significant milestone in my career. To compete among the world's best bartenders and their Margaritas was thrilling. Overall it was such a humbling experience, and being called the winner of the Cointreau Margarita Challenge is a spark I can still feel. The Margarita cocktail is special to me for many reasons. I am originally from California, which is rich in Mexican culture, so margaritas were often integrated into my life", said Jonathan Stanyard.

"Given the great originality, diversity and quality of these reinterpretations of the classic Margarita, choosing just one first-place winner was an almost impossible task. A Margarita needs balance to be perfect, and it was this balance, consistency and coherence in Stanyard's entry that so impressed the jury - from his choice of ingredients to his rationale and answers to our questions, his technical ability and, of course, the taste of his Margarita, which is the ultimate test! It really had the right balance, which again is something essential for Cointreau. I should also mention how impressed I was by the tremendous expertise we saw in this very close final, in which second-placed José Alejandro Chirinos Gil from Colombia and José Antonio Dominguez from Dubai who took third, were close contenders for the title", said Alfred Cointreau, 6th generation of the Cointreau family.

Drawing on more than 170 years of tradition, Cointreau orange liqueur has grown to become a pioneer in the world of cocktail culture.

"Cointreau has established itself as a staple of the international cocktail scene, thanks to the proven qualities of the liqueur and because it is at the heart of the original recipe of the essential Margarita. A global success since its inception, the Margarita now ranks 5th among the most consumed cocktails in the world, and wins over both proven professionals and enthusiastic neophytes. The enthusiasm shown by bartenders from all over the world for our second Cointreau Margarita Challenge shows just how important this cocktail is." Fanny Chtromberg, International Director of Cointreau

Iconic orange liqueur creator and cocktail pioneer, Maison Cointreau was founded in 1849 in Angers, France. The brand's heritage as a liquorist-distiller lives on today at the heart of more than 500 cocktails, including the original Margarita and Cosmopolitan. Cointreau liqueur's distinctive character is the result of the meticulous selection, harmony, and distillation of sweet and bitter orange peel essences, a task entrusted to Maison Cointreau's Master Distiller. Unique and boasting exceptional organoleptic qualities, it's a staple for bartenders and at-home cocktail enthusiasts around the world. 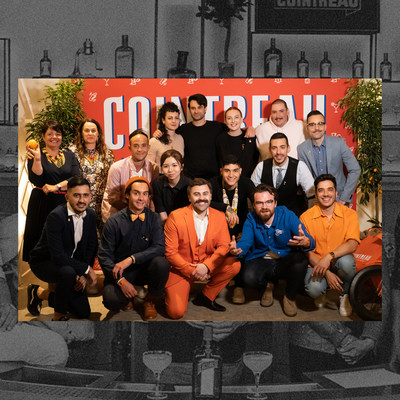 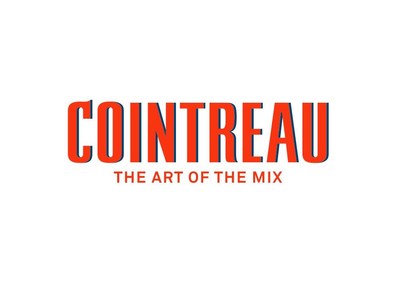