Ottawa, Ontario--(Newsfile Corp. - May 9, 2022) - KWESST Micro Systems Inc. (TSXV: KWE) (OTCQB: KWEMF) (FSE: 62U) ("KWESST" or the "Company") today announced that the Salem Radio Network has signed KWESST advisor and advocate, Brandon Tatum to replace Larry Elder who announced his retirement from radio on April 3rd. Brandon will also turn the third hour of the radio show into a daily Podcast. He will take over a network show with 387 total affiliates beginning Monday, May 16th.

"We have been so pleased with our collaboration with Brandon who is a widely followed commentator on use of force and is a sincere believer in better tools for law enforcement and personal defense. It is thereby not surprising that Brandon received this honor and was asked to continue the legacy of the great Larry Elder," said David Luxton, Executive Chairman of KWESST.

"The Officer Tatum Show" already has a massive following with over 3 million followers on social media platforms, including 1.9 million subscribers on YouTube, and nearly 900,000 followers on Instagram. The addition of the nationally syndicated radio show and a podcast on the Salem Podcast Network will only increase his influence and reach to listeners young and old across the country.

Brandon co-founded Blexit with Candace Owens, an organization dedicated to changing the narrative in the black community through education, community outreach, and empowerment. He has spoken at 30 universities and been invited to the White House.

Brandon is a seven-year veteran of the Tucson Police Department, where he rose through the ranks to become a member of the SWAT team and was Public Information Officer.

(TSXV: KWE) (OTCQB: KWEMF) (FSE: 62U) commercializes breakthrough next-generation tactical systems for military and security forces and personal defense. The Company's current portfolio of unique proprietary offerings includes its unique public safety PARA OPSTM system with application across all segments of the non-lethal market, including law enforcement and personal defence. KWESST also facilitates digitization of tactical forces with its signature TASCS system for real-time awareness and targeting information from any source (including drones) streamed directly to users' smart devices and indirect fire weapons. Other KWESST products include counter-measures against threats such as drones, lasers and electronic detection. These include: the PhantomTM electronic battlefield deception system to mask the electromagnetic signature of friendly forces with decoy signatures at false locations that deceive and confuse adversaries; a Battlefield Laser Detection System to counter the emerging threat of laser targeting of personnel; and, a non-kinetic system to counter the threat of tactical drones. These systems can operate stand-alone or integrate seamlessly with third-party OEM products and networked battlefield management systems such as ATAK. The Company is headquartered in Ottawa, Canada, with operations in Stafford, VA and representative offices in London, UK and Abu Dhabi, UAE.

To view the source version of this press release, please visit https://www.newsfilecorp.com/release/123246 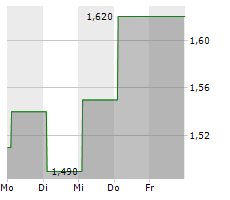