The Combined Annual General Meeting of the Company's shareholders was held today under the chairmanship of Michel Giannuzzi, Chairman and Chief Executive Officer, and in the presence of, among others, Nathalie Delbreuve, Group Chief Financial Officer, Cécile Tandeau de Marsac, Chairwoman of the Compensation Committee, Wendy Kool-Foulon, Group General Counsel and Secretary of the Board of Directors, and the Company's statutory auditors.

The companies Brasil Warrant Administração de Bens e Empresas S.A. and Bpifrance Participations, appointed from among the shareholders holding the largest number of voting rights at the date of the meeting, acted as scrutineers.

approved the parent company and consolidated financial statements for the year ended 31 December 2021;

appointed Patrice Lucas as a director and Didier Debrosse as an independent director, each for a term of four years;

appointed, for a term of four years, as director representing employee shareholders;

renewed the authorization for the Company to buy back its own shares and the delegations of authority and financial authorizations granted to the Board of Directors; and

approved the amendment to the Company's bylaws to provide for the principle of staggered renewal of terms of office on the Board of Directors.

At the end of the AGM, Michel Giannuzzi ceased to hold the position of Chief Executive Officer of the Company, in accordance with his announced wish to retire on December 6, 2021, and in the interest of applying best governance practices. Michel Giannuzzi continues to serve as Chairman of the Board of Directors and Patrice Lucas, who joined the Group on February 1, 2022 as Chief Operating Officer, is appointed Chief Executive Officer and joins the Board of Directors as a Director.

In concluding the AGM, Michel Giannuzzi, Chairman of the Board, stated: "These years as Chairman and CEO have been exciting and intense. The strong profitable growth was recognized by Verallia's IPO on the Euronext Paris market in 2019. Verallia now has an inspiring purpose, experienced teams and is very well positioned to continue its strategy of profitable growth, while accelerating its investments in sustainable development. I am delighted to begin a new chapter in the history of our Group, together with Patrice Lucas."

Patrice Lucas, the Group's new CEO, said, "I would like to thank the shareholders and the Board of Directors for the confidence they have placed in me by appointing me Chief Executive Officer of Verallia, one of the world leaders in its industry. I am convinced that the Group, composed of engaged teams, serving operational, financial and environmental performance, has all the assets to pursue the strategy initiated by Michel Giannuzzi and to continue this strong momentum that has been welcomed by all stakeholders

The presentation and broadcast of the AGM, as well as the detailed results of the votes by resolution, are available on the website www.verallia.com, in the Investors section, Regulated Information section, sub-section AGM 2022.

About Verallia- At Verallia, our purpose is to re-imagine glass for a sustainable future. We want to redefine how glass is produced, reused and recycled, to make it the world's most sustainable packaging material. We work in common cause with our customers, suppliers and other partners across the value chain to develop new healthy and sustainable solutions for all.

With around 10,000 people and 32 glass production facilities in 11 countries, we are the leading European and the third largest producer globally of glass containers for food and beverages, providing innovative, customized and environmentally friendly solutions to more than 10,000 businesses around the world. 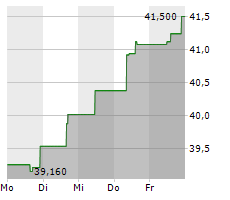